Some years ago, driving through an end of town where pawn shops and boarded up homes are common, I saw a small placard sign nailed on a telephone pole. "Buy Health Insurance," it touted with premiums as low as $25 a month. I was tempted. 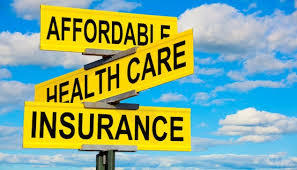 Health insurance, for me and for most Americans, is a necessary part of life, similar to home rent or mortgage, grocery bills and gasoline. Insurance is essential because a hospitalization for a few days costs $10,000 and medical bills for a major illness can lead to hundreds of thousands of dollars in payments. So it is no wonder that the Affordable Care Act (ACA), aka Obamacare, has created anxiety among many Americans.

And, without doubt, the ACA has caused the health insurance market to go into upheaval, with a nonfunctional healthcare.gov website, with unexpected insurance cancellation notices, and now with a proposed "fix" by President Obama.

So let me try to put things in perspective.

The ACA is really a "Health Insurance Reform Act" -- its greatest impact is to increase the number of insured individuals, to guarantee essential benefits, and to regulate health insurance companies. Perhaps most importantly, it promises health insurance no matter what your preexisting conditions are.

Today, 49 percent of Americans get their insurance from their employer and 28 percent are on government insurance such as Medicare or Medicaid. Combined, this represents nearly 80 percent of the population and they are largely unaffected directly by ACA. Another 15 percent are uninsured and they are being required to buy insurance; many of them will be helped with subsidies. Then there are 5 percent of Americans who have individual plans, and half of them are receiving letters from their insurance companies cancelling their policies. 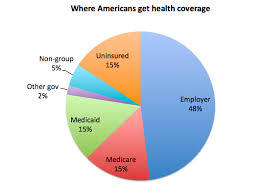 These individual health plans vary. Some are Cadillac plans and they likely are not being cancelled because they meet the new benefits requirements. But many are "junk" or substandard health insurance, and they are being axed. Often, you only realize you have a substandard plan when you get ill.

I have patients who stop coming to the clinic after the few initial visits and then become so ill they have to be admitted to the hospital. When I ask them why they stopped taking their lifesaving medicine and making clinic visits, their response is simple: "My insurance ran out."

We know such substandard insurance plans abound. Of all the bankruptcies in America, 60 percent are due to medical bills, and 78 percent of these, are among patients who had health insurance and paid their monthly premiums. Imagine, going bankrupt from medical bills when you have health insurance. This defeats the purpose of having insurance. The ACA helps individuals by standardizing insurance benefits into 10 essential categories which include coverage for hospitalization, maternity, chronic disease and mental health, among others.

Some say the ACA standardization is an upgrade of the insurance coverage. But I don't believe it's an upgrade from "economy to the business class" -- it's more like having all the basic safety features. It's like going from a single engine Cessna to a commercial plane.

That insurance coverage offered on the telephone pole for $25 a month and those policies being cancelled fall into this category.

The transition from substandard policy to standardized coverage will be difficult. A 30-year-old man is upset because he now has to pay a higher premium than a 30-year-old woman has to pay. But honestly, discriminating against a young woman by having her pay higher health insurance premiums because she might bear children one day is morally unacceptable.

To ease the transitions, the ACA had a "grandfather clause" -- which is where the phrase "If you like your coverage you could keep it" originated. However it was only if no changes where made to it after March 2010 when the law was passed. The "fix" President Obama has proposed is to extend the grandfather clause. 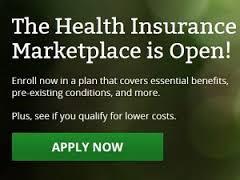 Another major impact of ACA on health insurance is stricter regulation. Now, insurance companies are required to spend 80 to 85 percent of the premium money towards clinical care services (not administration) -- and any additional money has to be refunded. In 2012, under the ACA, $1.1 billion dollars were returned to policyholders through refunds. Such regulations ensure that insurance companies don't make a killing off of policyholders.

The biggest question looming on the mind of most Americans is probably this: How will all these changes impact premiums? It's hard to tell. But it will not be a repeat of the decade before the ACA, where premiums doubled and many were dropped from their insurance just when they needed it most. Yet, the transition will be a bumpy ride.