My conclusion from speaking at this year's Milken Global Conference: Minority Children Form the Pathway to America's Prosperity 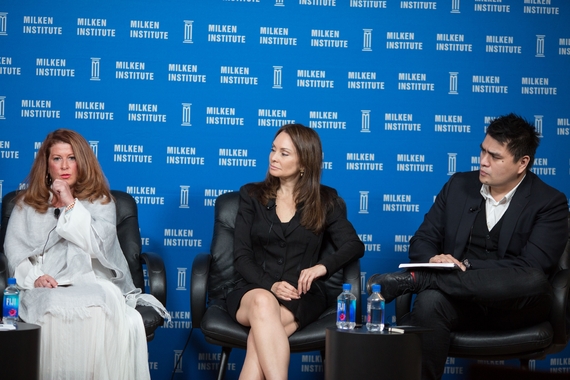 At the height of the Lean In movement, I remember seeing Warren Buffet say something to the effect that America would be more competitive as a nation if we tapped into our untapped talent. In fact, we would also become more prosperous, and our largest pool of untapped talent consists mainly of minorities.

The recent Milken Institute panel I spoke on, Accelerating Democracy: Creating Pathways to Prosperity, was opened by moderator Felix Salmon, Senior Editor of Fusion, saying, "there is this incredible racial inequality in the United States which is holding back the entire American economy."

The issue has existed for decades, so the solution is obviously not a simple one. Combining multiple approaches will likely be most effective. I and the other panelists identified various aspects of the problem and offered solutions to individual pieces of it.

The timing is now crucial. According to the last census, whites will be a minority by 2043. So they cannot be the sole bedrock for our nation's economy. My colleague Ed Dandridge, who works with risk management on a global scale at Marsh & McLennan, agrees.

Without the development of a robust pipeline of minority and women entrepreneurs and businesses, our economy will face a significant shortage of world class talent and innovation for economic growth.

This was borne out by fellow panelist Jose Antonio Vargas, Founder of Define American, who mentioned that 88 percent of population growth in the next 50 years will be mostly Hispanic and Asians. Just legalizing the 11 million undocumented people would add about 140,000 jobs and $1.2 trillion to economy over the next decade.

Cheryl Dorsey, President of Echoing Green, observed that founding this country without giving blacks citizenship set a powerful background for exclusion and discrimination, and requires an equally powerful idea to dislodge those practices. Like Buffett, she says, "talent maximization and optimization makes societies really move forward, and when you're marginalizing whole swaths of folks... then we all lose."

Not only do I agree, I would go further and say that exposing minority youth to tangible examples of success by the minority business elite could generate exponential growth, simply by presenting possibilities, which might not otherwise be considered, much in the same way celebrities and sports figures make kids radar. 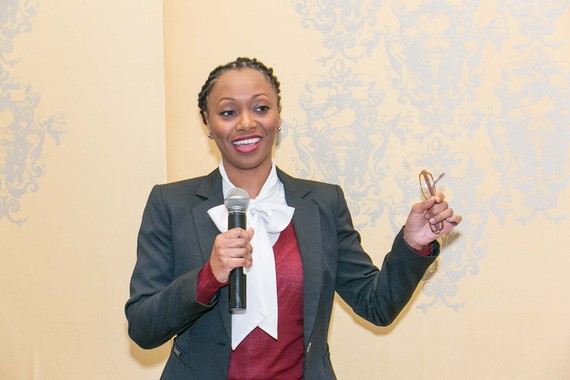 Rosie Rios, Treasurer of the United States, also spoke on the panel with me and reinforced this point when she said, "We go with what we know; we value what we see every day." Yet, as she pointed out, our country's currency represents its history and there are no actual women or minorities on any of the bills. Which is why she successfully advocated to have former slave and abolitionist Harriet Tubman replace Andrew Jackson on the twenty-dollar bill, as well as adding women and civil rights leaders to the $5 and $10 notes.

Ed Foster-Simeon, President and CEO of the U.S. Soccer Foundation, says "We have to be intentional about leveraging every kind of aspect that we can in order to engage young people."

So the Foundation is using youth coaches as mentors, to teach children life skills, leadership and teamwork. The focus switched to the development of the whole child instead of just the 1 percent who might possibly become professional athletes.

"Any discussion of pathways to prosperity has to start with children and youth in the country," says Foster-Simeon.

A vital part of the solution is exposing minority children to a different way of living, including -- I believe -- different ways of making a living. Which is why I added that we also have to raise the profiles of successful leaders of color for current generations, and therefore develop more examples for future generations.

Vargas revealed that it was the influence of Harvey Milk which emboldened him to come out as gay while in high school. He, too, emphasized that the influence of educators and leaders is tangible and important. I see this everywhere, particularly in my work.

We had Colin Gillespie, the fascinating and dynamic President of LEGO Education North America, on one of our think tank panels this year. Our think tank mission is to help businesses and non-profits develop 21st century business models that provide economic empowerment to individuals, create effective frameworks of inclusion-driven innovation, and define social impact in a way that every organization can incorporate and act on.

After the experience, Gillespie said, "As a leader in the education industry, I was motivated by the panel discussion -- Reinventing Education for Tomorrow's Economy. What captivated me was the candid nature of the conversation; the talented attendees brought to light many insightful ideas towards empowering the diverse youth of today to become the innovators of tomorrow." 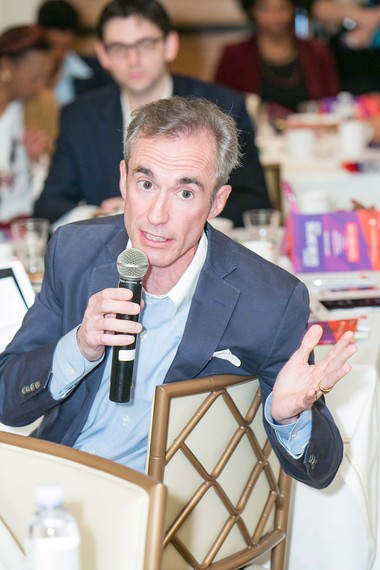 During the Milken panel, Dorsey mentioned Thread, an organization focused on providing whatever support is necessary for at risk children and those in the justice system to advance in school. She noted that, in just a few years, children went from a 1.0 GPA to 100 percent high school graduation AND 100 percent college matriculation. WOW. Just WOW!

The conclusion is undeniable. Exposing children to successful real life people they can relate to may result in an amazing transformation in their lives. Consciously or subconsciously, when children feel like life is stacked against them, they relate more to successes of those who look like them. It isn't enough to know that "someone" can accomplish something. More effective is for that someone to have overcome the same barriers to success that minority children face.

That is why it is so important to shine a bright, constant light on successful minority leaders in all industries. Let's use technology, video, custom learning, animation, and storytelling to make adult stories relevant to kids. There are many stories that need to be unleashed. Our panel covered that solution, as well, which I will share in part two of Pathways to Prosperity and the #CultureShifting that's necessary for us to thrive as a nation.