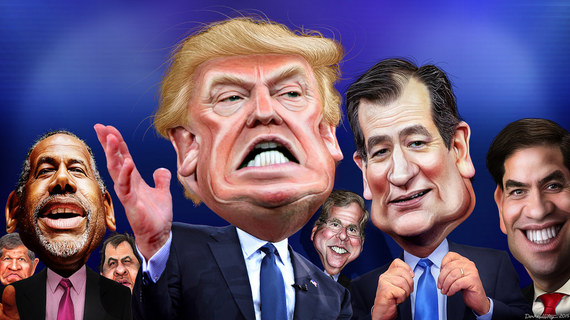 The election of Donald Trump has revealed more about the United States than most would care to admit.

Sure, there's the obvious. It demonstrated the prevalence and acceptance of racism, misogyny, ableism, xenophobia, Islamophobia, and bullying from sea to shining sea. But slightly less obvious, it exposed how comfortable White Liberals have been with various oppressive state mechanisms and apparatuses, so long as each remained unstated, masked by the right type of rhetoric, or carried out by the right politicians.

It's clear that a lot of white liberals think the policies of the coming Trump Regime denote a radical departure from the past. An entirely new and abhorrent brand of politics and governance. There's some truth to that. But really, and perhaps inadvertently given his brash and tactless nature, Trump has brought some of the darker aspects of U.S. policy and culture into the open more so than introduced any of them.

His most offensive policy proposals -- the wall, banning Muslims from entering the country, a Muslim registry and additional surveillance on mosques -- weren't only some of his most popular, they all already exist to some degree. And many were crafted or nurtured under the watchful eye of Democrats, the preferred political party of White Liberals.

Go to the U.S./Mexico border and tell me if you don't find a wall, or a security fence, or men with guns, or a desert badland so vast that attempting to cross it would mean risking your life. Have a look at the history of the Immigration and Nationality Act, Google "NSEERS," or check out The Intercept's extensive reporting on various terrorist watchlists and tell me Trump's ban on Muslims entering the country or his Muslim registry are disconnected from policies past. Look to New York City's history of surveillance on mosques and "anywhere that Muslims congregated" and then tell me how Trump's plan to surveil certain mosques is new. 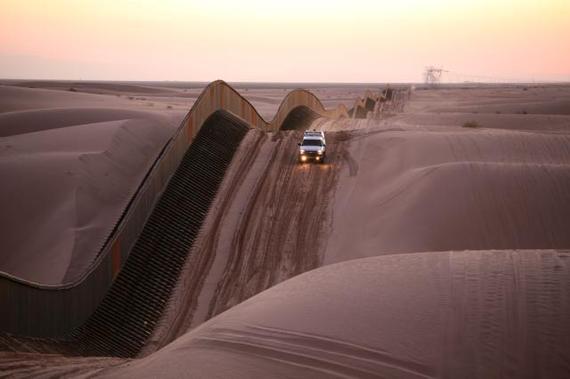 The story is the same for a lot of his various nominations and appointments. The interests of Big Oil have long been a principal driver of U.S. foreign policy, Trump nominating the CEO of ExxonMobil for Secretary of State simply makes it plain. Nominating Jeff Sessions for Attorney General -- a post that would put a man previously denied a federal judgeship for his racist behavior in charge of enforcing federal civil rights laws -- isn't a new assault on civil rights, it's the culmination of decades of efforts by the Right. And Trump's appointment of David Friedman as the U.S. ambassador to Israel doesn't denote a shift in U.S. support for Israeli settlements or de facto apartheid, it merely signifies an official seal of approval.

Things that were once covert haven't changed so much with Trump as they've dropped the "c".

Now, none of this is to say that the coming Trump Regime isn't dangerous, because it certainly is. It's also not to say that Trump's mixture of populist, demagogic, and authoritarian politics aren't distinct and worthy of alarm. It is to say that the alarm bells have been ringing for a while now, that his rise is the logical consequence of a course set long ago, one that's been met with little serious dissent. The sudden widespread panic of white liberals -- as though Trump appeared in a vacuum -- exposes just how accepting and ignorant they've been of certain levels of oppression, suffering, and violence carried out/supported/ignored by the State, so long as each remained implicit or were done under the watch of a particular political party.

Trump's brash and tactless style puts the brutishness of the state on display for exactly what it is. So my call to white Liberals is this. See Donald Trump as he exists in historic context. Not as the cause of the atrocious policies, cultural tendencies, fear mongering, and oppression he's made so apparent; but as the outcome of an uninterrupted chain of atrocious policies, cultural tendencies, fear mongering, and oppression -- often couched in euphemisms and technical/legal jargon--that went relatively unnoticed by White Liberals. So yes, scream now. Step out of your comfort zone to learn the true meaning of solidarity and fight like hell. But don't lose sight of the broader history at play. The lesson White Liberals should take from Trump's win isn't that he needs to be defeated, that goes without saying, it's that the fight doesn't start or stop with him. It's that the usual means of liberal political engagement haven't been effective. The lesson is that it's time to look Left to develop a serious analysis and critique of the various systems of oppression at play regardless of which ruling class political party is in power--as it's here they'll find the soiled roots that sprouted Trump and the best tactics to cull their growth. The lesson is that this an inter-generational struggle, one that needs to take place outside the realm of two party electoral politics. Pick a side, and ready the troops. 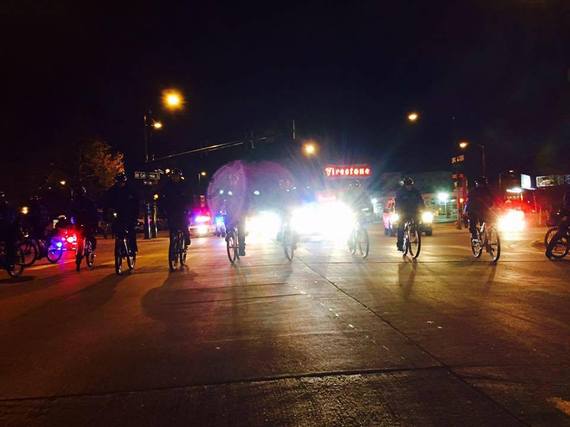