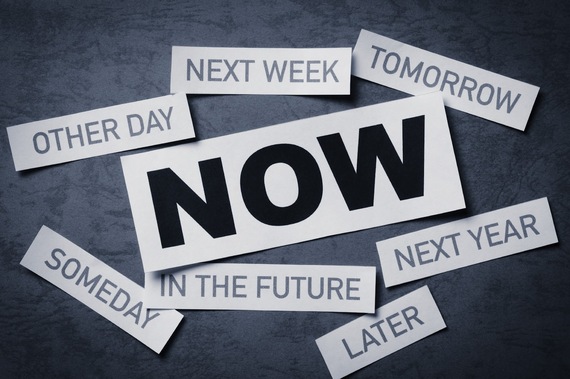 Over the years I've had the opportunity to talk with some of the most acclaimed contemporary authors. I enjoy asking questions geared specifically for each writer, but I also explore near-universal experiences shared by those who write for a living.

Here are excerpted responses from some of our most prolific authors.

Don Winslow: If I procrastinate or don't write. (Laughter). I feel guilty. I know I should be home writing. I feel as though I'm shirking...it's a strange kind of dysphoria. I try taking Sundays off. I sort of get away with that because I feel like I'm improving myself (More laughter). But, I definitely feel as though something is wrong. ~ Talking about The Cartel

Patricia Cornwell: I most certainly procrastinate. I absolutely have days when I'll find every excuse under the sun not to sit at that desk and write. The reason is: writing is hard. And if the characters are being uncooperative, I just move words around uselessly. At times like that, I wonder who stole my characters. Or, I think they've gone on vacation. ~ Talking about Depraved Heart

Linwood Barclay: I've never been a procrastinator. Once I'm working on a project, I just want to get it finished. I find if I take too long writing a novel, I lose my sense of continuity and the flow suffers. I prefer to get immersed in it and keep going until it's done. ~ Talking about Broken Promise

Linda Fairstein: I'm a world class procrastinator. I can find things to do that boggle the mind. The hardest point in the process of writing a book is the beginning--the first hundred pages. There are so many diversions. I become more attached to the work about a quarter of the way in. Then I really get into it and it's a race to the finish for the last three-quarters. ~ Talking about Devil's Bridge

Tess Gerritsen: I procrastinate all the time. It's human nature. I write and stick to my schedule because I have a contract. If I didn't have a book under contract, I would take my time. You know, there are so many distractions for a novelist, especially for those of us who are pulled in many directions by multiple passions. I could spend an entire year doing nothing but learning fiddle tunes. ~ Talking about Playing with Fire

Barry Eisler: Procrastination is a continuous struggle. I have a good rationalization for it: I'm obsessed with political issues. There's so much good writing, commentary and discussion on the matters that interest me: politics, the rule of law, the media, government transparency, civil rights, and other issues. I read and blog about them. It takes a lot of time away from what would otherwise be my day-job--writing fiction. So, my rationalization for procrastinating is built in. My novels are so driven by real world events, I tell myself I'm really doing research. (Laughter). Talking about The God's Eye View

Robert Crais: Yes, I procrastinate. The reality is--especially on a bad day, but really, on all days--writing is a job like any other. Only, you're your own boss, and the boss, meaning you, must keep you in the chair, focused and committed to getting the task accomplished. You have to consistently force yourself to keep writing. Talking about The Promise

Lisa Gardner: If I procrastinate, I get anxious and feel I might not meet my deadline. I'm a very structured writer. I draft a novel in about six months. Then, I re-write. If I get behind schedule, my husband and daughter will tell you I'm not fun to live with. (Laughter). ~ Talking about Find Her

Alafair Burke: If procrastination were a competitive sport, I would get lots of medals. (Laughter). I try to keep enough structure in my life so I don't miss deadlines. My idea of goofing off is going on Facebook to look at friends' pictures. (Laughter). It helps that I still have a job as an attorney. I have a schedule and am forced to be mindful of time. Sometimes, I just have to compel myself to write the next book. ~ Talking about The Ex

Reed Farrel Coleman: Procrastination is against my religion. (Laughter). Even as an undisciplined kid, I never procrastinated. I was always the first kid in class to give a speech when no one wanted to do it. I always felt waiting caused me more anxiety than doing something I didn't want to do. I'm still that way. ~ Talking about Where it Hurts

Allison Gaylin: Procrastination can absolutely be a problem (Laughter). That's especially true with social media. I can fall into a hole on Facebook or looking at news stories online. I have to discipline myself. ~ Talking about What Remains of Me