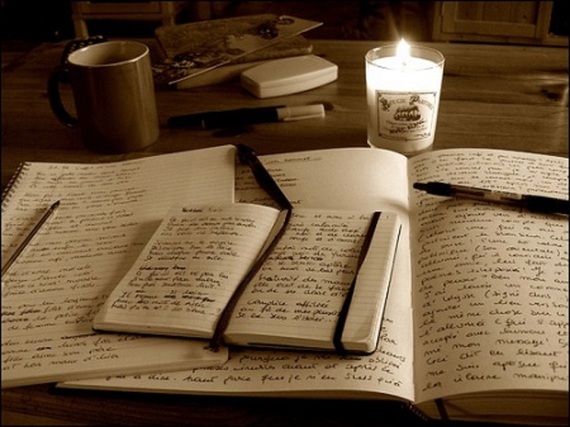 Over the years, I've had the good fortune to interview many acclaimed authors. They answer questions with refreshing candor. Here are some of the most successful writers telling it like it is.

You left your day job to write full-time. What's surprised you about the writing life?
It's much easier to lie on the couch and eat potato chips or watch Better Call Saul than sit down and write another paragraph. I've had to relearn self-discipline in writing these books. Alex Grecian, talking about The Harvest Man

What would you be doing if you weren't writing?
I have no other marketable skills. I'm disorganized, forgetful, and easily distracted. I don't know what I would be doing. Frankly, that's part of what makes me a writer. Writing is a form of desperation. Most writers aren't capable of handling a real job in society. This is all we have. So, this is what I do. Harlan Coben, talking about The Stranger

How come most of your novels are filled with moral ambiguity?
The vast majority of what we call morality is simply fear of being caught. Just look at any comment section in articles on the Internet, where people remain anonymous and say whatever they think. Or, watch people when they're driving their cars. Maybe a small percentage of us with moral fiber will categorically not do certain things, even if we're not being watched, but with the vast majority, all bets are off. Dennis Lehane, talking about World Gone By

Do you have 'high literary ambitions'?
Of course, I aspire, but the reality for me as a writer is simple: I've always had a grating voice--even as a child--and you can never get away from your own voice. Candace Bushnell, talking about Killing Monica

Your conflictual dialogue is incredible. Were there lots of arguments in your family--shouting at the top of peoples' lungs?
No. I think that's the Italians. We Jews just bear grudges until the end of time. (Laughter). My father was very fond of the phrase, 'Shut up and sit down.' So there you have it. But I did go into poetry because that's where the money is. (More laughter). David Mamet, talking about his novella, Three War Stories

How important is character in your writing?
All good stories are character-driven. It's a question of degree. Human beings are wired to care much more about who than about what. In fact, we won't care at all about what, unless we first care about who. Barry Eisler, talking about Graveyard of Memories.

What advice do you have for young writers?
Young writers have a serious problem: they don't know anything. They think they do, but they don't. Eventually, they will know something because knowing life comes with living it. My basic advice for someone who's twenty-two years old is to join the army. John Sandford, talking about Field of Prey

Inspector Rebus drinks quite a bit, doesn't he?
One of my hobbies is drinking beer in the less salubrious bars of Edinburgh. So Rebus drinks in the Oxford bar. It's just booze and conversation. And of course, I have to go there for research. (Laughter). Ian Rankin, talking about his John Rebus novels

As president of the Mystery Writers of America, what trends do you see in mystery fiction?
Publishing is in freefall. Nobody knows where anything is going. Will e-books transform everything? Will self-publishing be the fate of all writers except for James Patterson and a few others? Sara Paretsky, talking about Brushback.

Mickey Haller is one of the most intriguing characters in contemporary fiction. Is he based on anyone you know?
Writers take from everywhere. Years ago, I met a guy--a lawyer--at a baseball game. During the game, we talked about our lives. He told me he worked out of the back seat of his car. I thought that was an intriguing set-up and someday I might write about that. Michael Connelly, talking about The Lincoln Lawyer.

How do you feel if a day goes by and you haven't written?
Anxious. Very anxious. (Laughter). I feel guilty. I should be home writing. I feel as though I'm shirking. I think this writing addiction is like a dope-driven rush. When it's going well, it's a real high. When it's going badly, it feels like it's just a job. I try taking Sundays off. I sort of get away with that because I feel like I'm improving myself (More laughter). Don Winslow, talking about The Cartel.

If you weren't a writer, what would you be doing?
It would be quite exasperating. I did so many things. I started out as a lawyer. Then I went into advertising, and eventually drifted into journalism. There are all sorts of things I could have been doing, but perhaps like Bernie Gunther, I may be temperamentally unemployable. Phillip Kerr, talking about The Lady from Zagreb

The premise of The Fixer is fascinating. Tell us about it.
While I was writing the book, my father died. I realized all I knew about my father was what I saw in the family. There are aspects of your parents you never know. They had lives before they had kids. The Fixer turned into a story about a son discovering what his father's life was really about. That's what I was going through myself. It's the most personal book I've ever written. Joseph Finder, talking about The Fixer

I'm sure you know that Arthur Conan Doyle was sick of Sherlock Holmes and wanted to kill him off. What about Sue Grafton and Kinsey Millhone?
I'll never get sick of Miss Millhone. She's largely based on me. Who can get sick of one's self?
Sue Grafton, talking about her novel X.