When the singer and poet Rod McKuen died on January 29th at the age of 81, major publications including the New York Times, the Los Angeles Times and the Washington Post paid tribute to his numerous accomplishments. For many readers, these obituaries functioned as the final word on McKuen's legacy; so what does it mean that the mainstream press all but erased McKuen's queer past and gay activism? 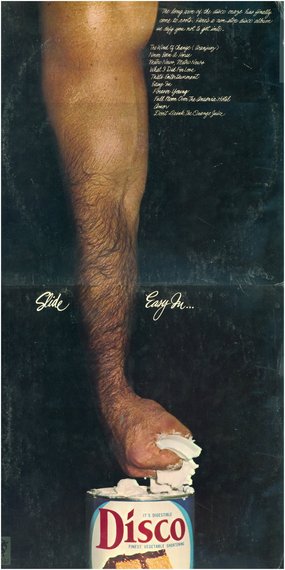 I first encountered Rod McKuen's name while researching Anita Bryant's 1977 anti-gay Save Our Children campaign in Florida. McKuen publicly opposed the Florida Citrus spokeswoman--dubbing Bryant with the name 'Ginny Orangeseed'--and gave benefit performances in Miami and at gay discos in New York and LA to raise money for gay rights groups. In fact, McKuen was a longtime supporter of gay rights. In the 1950s, he held a leadership role in an early and important gay rights organization, the San Francisco Mattachine Society. He also engaged in AIDS activism for well over a decade, participating in numerous fundraisers in support of AIDS related charities.

McKuen's sexuality, however, defied simple categorization. Asked in 1977 by an Associated Press reporter if he was gay, McKuen responded: "I've been attracted to men and I've been attracted to women. I have a 16-year-old son. You put a label on." By the end of the year, the Baltimore Sun casually described McKuen as a homosexual. The gay newspaper, The Advocate, was less certain. In 1976, it had given McKuen the dubious "Something You do in the Dark" award for refusing to identify as gay.

McKuen was candid about his sexual desires and the complex ways he made meaning of them. McKuen regularly answered fan mail on his website. In 2004, one correspondent asked McKuen if he was gay. As with his Associated Press interview two decades earlier, McKuen refused to label his sexual activities:

Am I gay? Let me put it this way, Collectively I spend more hours brushing my teeth than having sex so I refuse to define my life in sexual terms. I've been to bed with women and men and in most cases enjoyed the experience with either sex immensely. Does that make me bi-sexual? Nope. Heterosexual? Not exclusively. Homosexual? Certainly not by my definition.

I am sexual by nature and I continue to fall in love with people and with any luck human beings of both sexes will now and again be drawn to me. I can't imagine choosing one sex over the other, that's just too limiting. I can't even honestly say I have a preference. I'm attracted to different people for different reasons.

I do identify with the Gay Rights struggle, to me that battle is about nothing more or less than human rights. I marched in the 50's and 60's to protest the treatment of Blacks in this country and I'm proud of the fact that I broke the color barrier in South Africa by being the first artist to successfully demand integrated seating at my concerts. I am a die-hard feminist and will continue to speak out for women's rights as long as they are threatened. These, of course, are all social issues and have nothing to do with my sex life (although admittedly I've met some pretty hot people of both sexes on the picket line.)

McKuen also framed his relationship with his brother Edward in unconventional terms, publicly describing Edward as his "partner." In 2005, a presumably gay male fan wrote a note of appreciation about McKuen's poem "I Always Knew." He explained, "I plan on presenting it to my partner on his 54th. This will be our 8th year together. Thank you." McKuen responded by reflecting upon his partnership with Edward and implicitly comparing this relationship to his fan's gay partnership. "Relationships take hard work so you both must be doing something right for each other. In case you missed it here's a poem I wrote a few years ago... that you might find interesting." The poem was titled "PARTNER / for Edward." McKuen elsewhere clarified his relationship with Edward in this way: "As for Edward, he is my brother, father, mother, best friend and partner in almost every way. He's a cute kid all right, but not my lover or my type. Besides, wouldn't that be incest?"

If Rod McKuen had died in January 1978 instead of January 2015, his obituaries likely would have excluded these queerer and more complicated aspects of his life. Obituary columnists, sometimes at the behest of families but just as often in deference to convention, regularly erased references to same-sex partners and to sexual and gender variance. A social death accompanied physical death rendering queer lives unknowable before a presumably straight public.

I contacted the obituary writers for the Washington Post, the New York Times and Los Angeles Times and asked why mention of McKuen's gay politics or his queer relationships had been omitted from their articles. During our email exchange, Matt Schudel of the Washington Post refused to go on the record with me about his obituary of McKuen. Schudel's obituary briefly acknowledges McKuen's gay activism but it misleads readers about McKuen's sexually variant past: "Always vague when asked about his romantic attachments," Schudel disingenuously writes, "Mr. McKuen never married. He was the father of two children, who grew up in Paris with their French mother."

Such distortions of the public record are not the only factor leading to queer erasure. Margalit Fox of the New York Times explained the following about her obituary of McKuen:

The McKuen obit was written on deadline, under rather extreme conditions.

We had no advance obit on file for McKuen: He was on our "to do" list, but, given our small staff, writing advance obits for everyone important who is still living is a Sisyphean task...

None of the profiles of McKuen that I read at warp speed mentioned anything about his sexuality, or his activism, one way or the other. Had I seen mention of it, it very likely would have found its way into the obit.

David Colker at the LA Times spoke with me over the phone and offered a similar explanation. He characterized his obituary of McKuen as a "victim of deadlines." An openly gay man, Colker explained that he couldn't verify whether McKuen had children and found no record of his same-sex sexual relationships. "His sexuality was certainly of interest. He wrote about love and he wrote about romance," stated Colker. But, he emphasized, there was no effort to closet McKuen: "No one has ever said to me 'Oh don't include that the person was gay or bi.' That wouldn't happen. Not at the Los Angeles Times.... The short answer is that I didn't know. If I had more time to dig, I certainly could have found out."

Unsurprisingly, some social media users took notice of the press's omissions and offered their own tributes. Historian and curator Gerard Koskovich pithily centered McKuen's queer past in an obituary posted to the Facebook group Preserving LGBT Historic Sites in California. Here Koskovich noted the press's poor research. A Google search using the keywords "Rod McKuen gay," he stated, immediately brings up McKuen's own description of his sexual identity.

Still, it is possible that the demands of the 24-hour news cycle and the competition between papers to break a story first are reproducing the silences that previously resulted from anti-gay sentiment. Journalists, whether gay or straight, when faced with such deadlines, might default to cultural norms that presume heterosexuality. The convention of avoiding controversy likely leads some journalists to say nothing at all. And, among reporters, a lack of a nuanced vocabulary to describe complex sexual lives to readers might translate into textual silences.

Newspaper archives--their content, organization and curation--might also preclude the discovery of queer pasts. The newspaper's own private archives, Colker and Fox explained, made no mention of McKuen's gay activism or queer relationships. If the New York Times and Los Angeles Times archives are indeed weighted with interviews and articles written by authors who have ignored or erased queer lives, then obituary writers who draw from these sources will reproduce these lacunae.

But the mainstream press is not alone in missing the complexity of McKuen's sexuality, doing poor research or remaining silent about his queerness.The gay press has presented McKuen simply as gay, missed his queer past or has said nothing at all. The Advocate's Christopher Harrity described McKuen as a gay cultural icon while explaining, "From what we can find, there is no big coming out moment for Rod. He was generally assumed to be gay, had a production company and cut an album with Rock Hudson, and gay culture claimed him as their own with profiles and articles in The Advocate and After Dark." San Francisco's leading LGBT paper, The Bay Area Reporter, which had called McKuen "a gay poet and songwriter" for years, did not even write an obituary for him. In the end, silences in the historical record may tell us as much about poor journalistic research as they tell us about antigay bias.

Obituaries are acts of commemoration, remembrance and sometimes of celebration. Remembering the queer aspects of McKuen's life honors his loves, desires and politics. It also affirms the vitality and centrality of queerness in a culture that still too often misreads, misplaces or silences sexual variance.

Singer Rod McKuen died on January 29, 2015. For over half a century he proudly advocated for gay rights while refusing sexual labels for himself. He is survived by his brother and partner Edward Habib McKuen, and his children Jean-Marc and Marie-France.

Gillian Frank is a Visiting Fellow at Center for the Study of Religion and a lecturer in the Department of Religion at Princeton University. Gillian's research focuses on the intersections of sexuality, race, childhood and religion in the twentieth-century United States. He is currently revising a book manuscript titled Save Our Children: Sexual Politics and Cultural Conservatism in the United States, 1965-1990. Gillian tweets from @1gillianfrank1