The Agenda 2030 for Sustainable Development was adopted with much fanfare at the special Sustainable Development Goals (SDGs) Summit in New York last year. Millions of people across the globe advocated for an ambitious agenda for people, planet and prosperity. In the end, the final document was much better than expected not least in terms of linking the process to human rights and thereby leaving nobody behind as compared to the Millennium Development Goals (MDGs). However, now the real struggle has begun to transform what is on a piece of paper to concrete reality on the ground in every country in the world.

Alongside the process of developing the goals, many civil society organisations, including Amnesty International, advocated tirelessly to ensure greater accountability for implementation of the SDGs. Whilst a few member states showed openness for greater accountability, unsurprisingly, the majority were keen to avoid it and worked to the contrary. They ensured the language around accountability was vague, weak and diluted, knowing fully well that this agenda is a political declaration and not legally binding. There was even an unwritten understanding to avoid using the word "accountability" and replace it with a nebulous phrase "monitoring and review". Given Amnesty's experience in the routine resistance we meet in trying to secure accountability for legally binding human rights obligations, it is not surprising that states would try and avoid being held to account through the 2030 process. Yet accountability must play a key role in ensuring that the Agenda 2030 delivers what the MDGs did not particularly do in improving the lives of the poorest and most marginalised.

Key elements of effective accountability are benchmarks and indicators. Without the ability to measure progress (or the lack of it) in a transparent, objective and rigorous way, it is impossible to hold those responsible to account. Member states mandated the UN Statistical Commission to work on defining the indicators for the goals and targets. It was felt that this exercise needed technical expertise from the statistical community. However, from the beginning the process of developing the indicators has lacked openness and transparency thus raising concerns by Civil Society Organisations (CSOs). In October 2015, over 100 CSOs issued an open letter to the Co-chairs of the Inter-Agency and Expert Group (IAEG) expressing concern and issuing red lines on content and process. The result of this letter led to a few gains in terms of CSOs being able to provide inputs on draft indicators, even though some of these were deemed to have been agreed. However, these were not long lived. Once again in February 2016, over 170 CSOs worldwide had to send their second open letter to the UN Statistical Commission and co-chairs of the IAEG calling for greater inclusion and transparency, at the global and regional level. 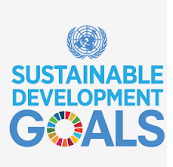 The UN Statistical commission has now published its report with a final list of proposed indicators for the SDGs. As this is a universal agenda, all countries will have to report against progress made. Many targets and indicators in Agenda 2030 have set out the lowest common denominator. E.g. Target 1.1 identifies the poverty line as those living on less than $1.25 a day. Yet this figure does not make much sense in a developed economy where a minimum wage may be set at $10 per hour.

However, if you juxtapose this with target 10.1 - Progressively achieve and sustain income growth of the bottom 40 per cent of the population at a rate higher than the national average, then we can be sure that every single country has something to report on about ending poverty and reducing inequality. In this respect, developed countries can report on how the income of the bottom 40% is growing over the years as compared to the national average. This is an opportunity to show how governments, even in the wealthier economies, can stretch to make this agenda meaningful within its own context and leave no one behind. The aim here is to go for the ceiling and not the floor.

The round table explored a number of fundamental questions including: How to make the SDGs indicator process relevant for the United Kingdom? What are the specific areas we need to report on? What reporting frameworks do we need at the country level? How do we ensure we are collecting the right data? How can we incorporate and align existing data collection and reporting process to the SDGs? How do we involve the general public in this process? In so doing the round table provided important inputs to both the ONS and DFID on issues which need to be considered by the United Kingdom on delivery, monitoring and accountability on the SDGs.

Whilst this round table in London was not a place to find answers to all the questions, it was definitely a welcome move to have such a space for an open consultation. I hope this was not a tick box exercise but a genuine interest and willingness to listen and act. This is something other countries can and should consider, involving their respective national statistical office, governments departments and stakeholders.

As articulated in the preamble of Agenda 2030, if we are truly resolved to free the human race from the tyranny of poverty and pledge not to leave anyone behind, then let us go back to the basics - let us involve everybody, especially those who are usually marginalised from the planning, delivery, monitoring and accountability of government plans and actions.