In 1974 I was old enough to know about, but too young to understand, court-ordered busing and the battles that rocked Boston and surrounding communities.

Despite over five decades of effort to rectify imbalances, significant differences in achievement persist. White students continually outperform their African American and Latino counterparts on standardized tests, high school graduation rates, and college completion. Education researchers can measure but cannot explain the underlying causes for continued achievement gaps. To some degree, the hard work of educators has paid off; NEAP reading and mathematics scores for all students have improved over the last 20 years. Yet gaps persist, causing many to puzzle about their tenacious hold on the U.S. education system.

Today, national demographics are changing rapidly. Between 2000 and 2050 the White population will decrease from 68 percet to 49 percent while the Latino population will grow from 13 percent to a high of possibly 40 percent. In the same timeframe the African American population will increase by 1 percent and the Asian population by 4 percent. These numbers suggest that the achievement gap will remain a significant conversation that educators must join.

Narrowing the Gaps
According to NAEP there are several ways that achievement gaps narrow: 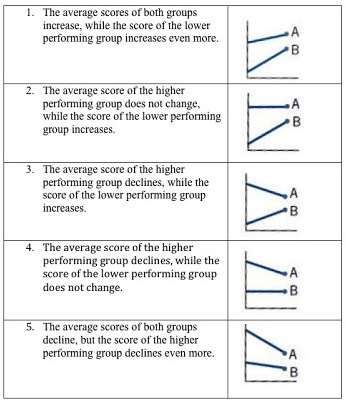 Recently, in a presentation entitled,
Advertisement
Engaging Latinos in Informal STEM
, Dr. Robert Russell, Program Director in the Division of Research on Learning at the National Science Foundation discussed the importance of reaching out to traditionally underrepresented populations through community valued resources and events. In addition he recommended the following framework designed for long-term success *

Dr. Russell demonstrated that through community resources and events such as Spanish language media and festivals, STEM educators were able to attract and engage Latinos. The use of Spanish language media provides opportunities to both educate and involve Latinos in events. Like public service announcements, some STEM education organizations have embedded content in programming to educate as well as invite the public to participate. Increasing attendance begins the effort. To solidify interest and involvement, STEM organizations recruit community volunteers with STEM interest and expertise to facilitate and support learning by Latinos at events.