A new report out from the ACT outlines the numbers of students who reached college readiness benchmarks in 2013. Perhaps unsurprisingly, the report found that low-income students, on the whole, performed worse on the ACT than their wealthier peers last year. However, when the results are broken down by specific income level, the correlation is more striking: 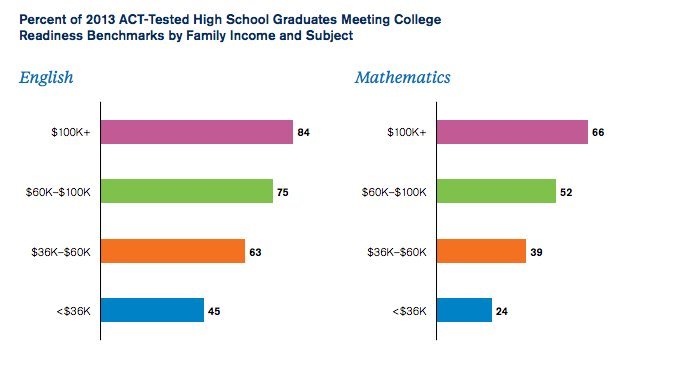 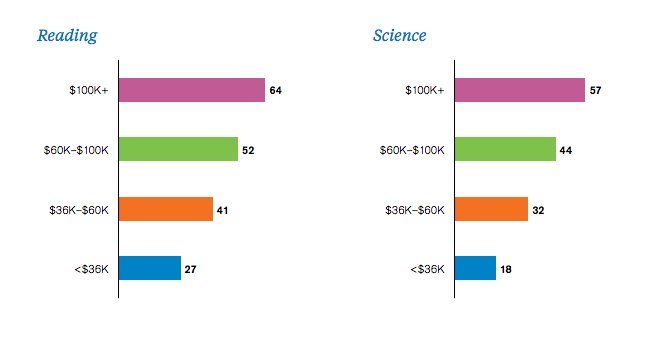 The report highlights a plethora of reasons for why low-income students might be performing worse on the ACT than their peers. For one, the report found that low-income students -- defined as having a family income of $36,000 per year or below -- were substantially less likely to have taken the recommended core curriculum prior to the exam. (The recommended core curriculum consists of four years of English and three years of math, science and social studies.)

Throughout the past few years, the percentage of students reaching ACT College Readiness Benchmarks has barely budged, regardless of income level, as shown in the graph below. The report defines ACT College Readiness Benchmarks as "scores on the ACT subject area tests that represent the level of achievement required for students to have a 50% chance of obtaining a B or higher or about a 75% chance of obtaining a C or higher in corresponding credit-bearing first-year college courses." 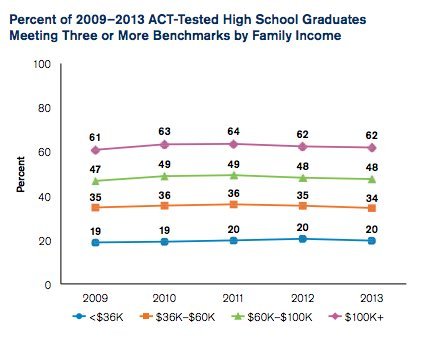 Still, that doesn't mean that students on the lower end of the income spectrum don't have similar life aspirations as their wealthier peers. Eighty-four percent of low-income students indicated that they wanted to get at least a four-year degree after graduating high school, according to the report, compared to 80 percent of all students who indicated the same: 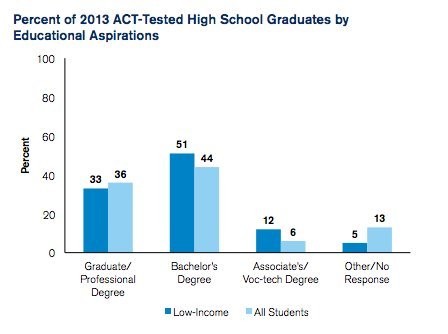