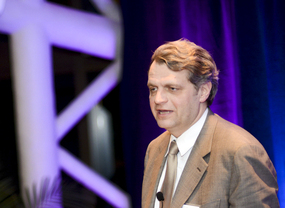 We're living in a time when business has become the main driver of economic, social, and political change in the world. But this means that businesses are being held accountable for the consequences of such change. These developments have various implications. One is the rise of private politics, a term used describe actions by private stakeholders, such as activists and NGOs, that harness public sentiment to target companies with the goal of changing global business practices.

The collapse of the Bangladeshi garment factory in 2013 demonstrates the impact on retailers. In response to global outrage fanned by extensive media coverage some companies, such as H&M, committed to improving safety standards, while others, such as Disney, withdrew their accounts from Bangladesh altogether. The striking thing about these measures is that they were brokered by NGOs and multinational companies; national governments and the United Nations played virtually no role.

To explore recent trends and their implications for corporations, activists, and government, Kellogg recently hosted a leadership summit with the Aspen Institute called "Filling the Governance Gap: Aligning Enterprise and Advocacy." Here are some of the summit's key insights.

Private politics creates complex challenges for business leaders. Of course, business activity has always been both enabled and constrained by formal and informal norms and regulations. These "rules of the game" vary across countries, are subject to change, and significantly affect competitive positioning, as well as the profitability of companies and entire industries. Traditionally, such rules are determined by public entities such as legislatures, executive agencies, courts, and the like. But the rise of private politics has introduced new options for the regulation of global commerce.

Harlan Loeb, head of global crisis & risk management at Edelman, shared that "companies need to know they will not exist if they don't have more adaptive and resilient operations and take a far more active role in policy." As Phil Radford of Greenpeace noted, sometimes corporations have to face a "near-death experience" before they take a more active role in shaping their industry.

In such a fluid environment, companies may be tempted to monitor events and assume a reactive stance. However, given the potential volatility of a single event -- and its potential to upend current business strategies -- executives are often better served by taking concrete actions to mitigate the risk from private politics and resolve emerging issues preemptively.

In recent years many activists have concluded that public processes respond too slowly and can be blocked too easily by special interests. In response, they have turned to private politics instead to address key issues such as environmental protection, human rights, discrimination, privacy, safety of employees and customers, endangered species, and animal-welfare testing.

Still, our panel participants from NGOs recognized the limits of their power to address the accelerating pace of change. World Wildlife Fund's Jason Clay acknowledged that organizations simply don't have the resources to engage with enough individual companies to achieve their global goals. "In terms of our successes, we're winning battles but losing the war. I think this one-by-one approach is just too slow." This particularly applies to reducing illegal activities with negative social impact, such as poaching or illegal fishing and logging.

Recent trends suggest that activists may need to recalibrate their approach. My fellow Kellogg Professor Brayden King highlighted that many NGOs have become focused on promoting awareness and generating publicity for their organization -- activities that have boosted their fund-raising but crowded out critical monitoring efforts on the local level. Bruce Lourie of the Ivey Foundation observed that high-profile causes (for instance, the Keystone XL pipeline) can draw attention and ignite public passion even while potentially more harmful developments (the proliferation of fracking) escape the same level of scrutiny.

So how can NGOs accelerate and globalize the change they're seeking with finite resources? The answer might be to build a network of grassroots organizations. Local NGOs can report on the actions of corporations -- a vital function to empowering communities to protect their interests.

As executives have sought to reduce costs and improve efficiency by working with foreign providers, the ability of individual governments to regulate commerce has fallen. Absent an international governing body, each country has implemented its own laws and guidelines, resulting in a regulatory patchwork that can vary dramatically between developed and emerging nations.

Summit panelists identified other threats to government influence. Vanderbilt Professor Michael Vandenbergh noted that the United States has passed no new environmental legislation since 1990 despite the growing threat of climate change. Last, corruption in many countries has resulted in a laissez-faire approach to business. Phil Radford observed, "In much of the world, bribery is so prevalent that regulation is nonexistent."

Traditionally, government has acted as a neutral third party that was able to bring players to the table and broker agreements. Roxanne Decyk, former executive vice president of Global Government Affairs for Royal Dutch Shell, noted that the public sector is at a critical juncture: "Unless government does get involved, I wonder if we might be contributing to an ever-weakening institution."

As with any form of regulation, private regulation can burden companies, their suppliers, and customers; but it can also provide opportunities and at least partial solutions to social problems that otherwise would remain unaddressed. Green Mountain Coffee Roasters, for example, has invested in programs to elevate the standard of living for its network of coffee growers throughout Latin America. Such proactive measures need to be commensurate with a company's risk profile and its competitive positioning in the marketplace.