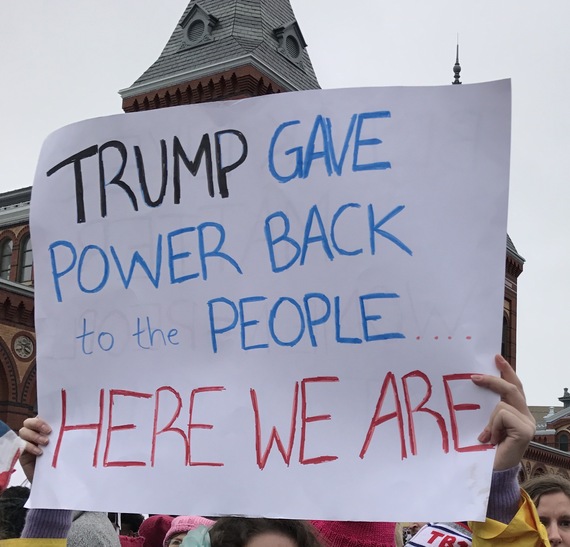 A friend posted today on Facebook that she wants to see puppy, kitten and baby photos and that she is going to unfriend anyone who posts anything political. She continued by saying "It's gotten out of hand. We're not going to save our country on Facebook."

Her post is a perfect example of how we have become lazy, and that laziness may ultimately cost us our freedom.

When our independence was won in 1776, our founding fathers created a government where the power is vested in the people. We exercise that power by voting people into office, and if they abuse their powers or do not govern the way we want them to, we the people can remove them by voting others into office during the next election cycle. In short, the government works for us, the people.

The new president has unleashed a full out assault on our democracy and freedom. It's a very dangerous time in our history, and the immediate actions that we the people take will determine whether this great experiment in democracy will continue or falter at the hands of an egomaniacal reality TV star.

In his first erratic week in office, he's declared war on women, scientists, immigrants, healthcare, the environment, the GOP, the New York Times, Mexico and endless other things, all while pathologically lying to the public. In one week he's turned the United States into a place where chaos, confusion and fear now reigns. I no longer recognize my country.

His crowning moment in the many horrors of his first week on the job was this weekend's dangerous, unconstitutional, and xenophobic executive order that banned entry into the US of people from seven mostly Muslim countries. People who were on airplanes when this order was signed landed only to be denied entry into the country, even though they had green cards or valid visas. They weren't allowed to talk to lawyers or their families. This is not America. With the exception of Native Americans, WE ARE ALL IMMIGRANTS. The United States is a giant melting pot of ethnicities, cultures and religions. Tolerance and inclusion is what makes us great, not the fascist regime that the president is trying to build.

Many people are understandably feeling scared and hopeless. But I'd like to spin positive for a moment. What this man has actually done is bring out a passion from the majority for protecting our country, he's roused a sense of community and activism, and brought out the exercise of our First Amendment right of free speech like we've never before seen in our lifetime. Millions of people have rallied and marched for various issues in this first week of the new administration, myself included. Congressional phone lines are often jammed as thousands of people call their senators and representative to voice their concerns and demands. In one week this man has made us all wake the F up to finally come together to completely obliterate the hateful alt-right movement. We can do this. We WILL do this. 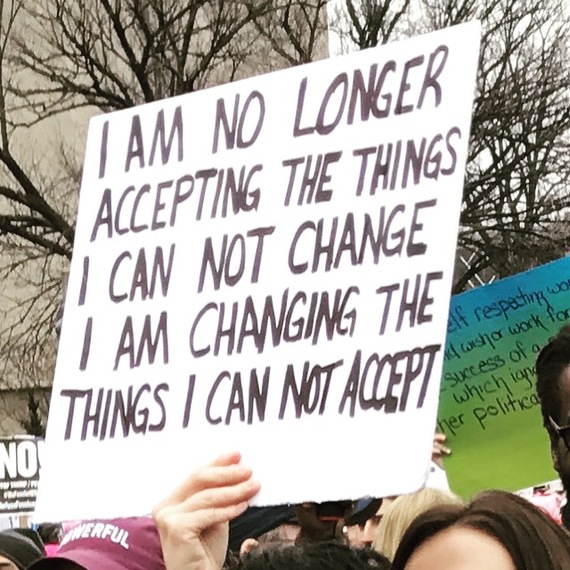 What is essential to protecting our democracy, our civil liberties, our human rights and our environment is that we all become activists. We must claim our stake in the country we love, and stay engaged for the next four years. This doesn't mean you have to attend marches and rallies (although that does send a strong message and harness a collective energy that feeds one's soul), but you do have to take action and make your voice heard.

I'm trying to develop a new habit of spending two minutes each morning while I have my coffee to call my senators or representative, to sign a petition, to write an e-mail or a postcard, to make a donation, or to do SOMETHING. I figure if I only make myself allot two minutes a day, then it will be an easy habit to develop. I never previously thought of myself as an activist. But in this new dystopian world, I have no choice. I love the United States of America and I don't want to lose it.

So back to the friend who wants baby animals on Facebook instead of politics. I used to agree with her that politics has no place on Facebook. But the world changed overnight. Social media is a necessary tool for keeping us connected and aware. Look how quickly thousands mobilized on Saturday to protest at airports around the country within hours of the president's insane and illegal executive order. Our unified voices are sending a very strong message that the terrifying new administration cannot ignore. So bring on the political battle cry over Facebook. And what the hell, bring on the puppies and kittens too. 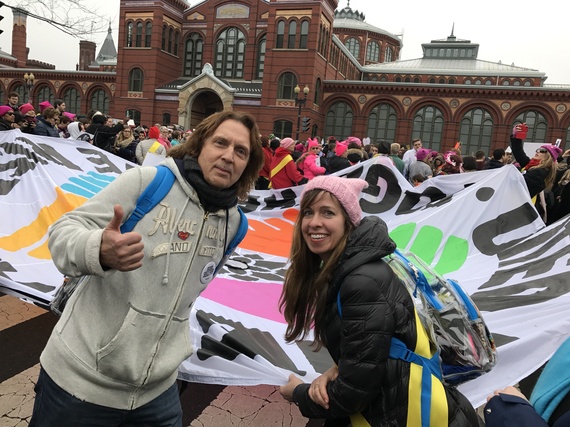