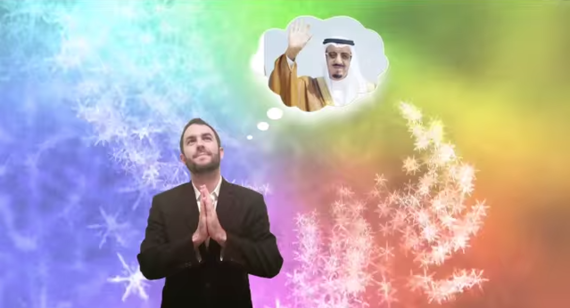 "Prosecuting and imprisoning people for homosexual conduct are flagrant human rights violations," remarked Scott Long, of Human Rights Watch in April of 2005. "Subjecting the victims to floggings is torture, pure and simple."

His remarks came after the government of Saudi Arabia sentenced dozens of men to 14,200 lashes for "behaving like women" at a birthday party.

Yet nearly 10 years since Human Rights Watch flagged this heinous incident, little has been done to free the LGBTQ population located in Saudi Arabia. For the most part, the mainstream media has ignored the systemic human rights abuses. Even human rights organizations and gay rights groups have often elected to focus on the domestic challenges within the American LGBTQ community.

Western governments are often so focused on geopolitical concerns that domestic issues, such as gay rights, frequently go overlooked.

Traditional human rights groups have long documented the repression of LGBTQ activists in the Middle East. These efforts, unfortunately, have not translated into the improved status of innocent men and women who dare to openly acknowledge their sexual orientation.

One human rights activist has taken a different approach.

When the Saudi Arabian Cultural Mission announced that their annual job fair would be taking place at the Gaylord National Resort & Convention Center over Memorial Day Weekend, David Keyes, the Executive Director of Advancing Human Rights, knew that the chance to draw attention to the oppressive Saudi Arabian regime was too good to pass up.

"This writes itself," Keyes tells me. "A country which lashes and murders gay people chose the Gaylord to host their event. I knew what I needed to do. I rented a party bus, invited friends and threw an awesome gay party in the same place at the same time as the Saudi event."

In just a few hours since posting the video of his stunt, tens of thousands of people have seen the prank across social media.

This wasn't Keyes' first time pranking a dictator. Weeks ago, Iran's foreign minister came to NYU to give a speech. Keyes greeted Mr. Zarif with a satirical ice cream protest "celebrating" 1,000 hangings in Iran in the past year and a half. He rented an ice cream truck and approached two of Iran's deputy foreign ministers offering them free ice cream to celebrate the hangings. "What's your favorite way to hang gay people," Keyes asked the diplomats. Within days, millions saw the video on Facebook and television.

Keyes remarked how incredible it is that pundits like Bill Maher are routinely protested when they speak on campus but literally no one shows up to protest when the foreign minister of a regime which hangs gays, jails bloggers and tortures human rights activists comes to an American campus.

The White House has long declared their support for gay rights, but this has not translated into real pressure on allies like Saudi Arabia which supply oil and buy enormous amounts of arms from the American government. Keyes thinks a lot more pressure needs to be brought to bear against countries that murder and lash gay people, deny women basic rights and routinely jail human rights activists.

As Keyes has proven, satire is a powerful tool against oppressive regimes. Soviet activists used to tell jokes in the gulag. Egyptian satirists like Bassem Yousef were silenced and cartoonists like Ali Farazat had their hands broken by Syrian regime thugs. The reason? "Dictators fear humor," Keyes says. "They can't handle a joke because it unmasks the absurdity of these regimes. Try as they might, not even dictators can stop a joke."

A former president at Lionsgate is reportedly shopping Keyes' pranking dictator approach as a new TV show to major networks. Just maybe, Americans will see the truth about tyrannical regimes throughout the world.