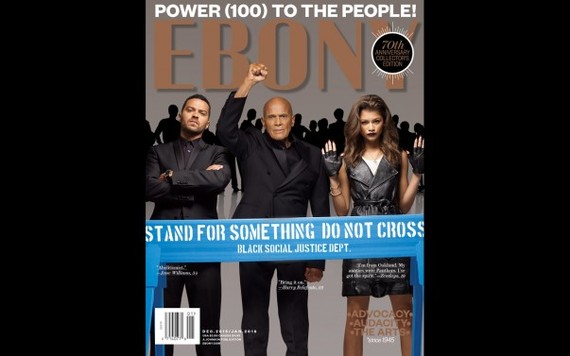 In EBONY's special Power 100 issue, the legendary Harry Belafonte, actor Jesse Williams and singer Zendaya talk about what it is to be socially responsible in life and on stage and screen

Mr. Harry Belafonte, 88, a legend among men, a king among kings, is the embodiment of Black resistance. A born star, and Hollywood royalty at its very finest, his life--and living--is a testament to the wonders of will and the power of art and principled action. For EBONY's 70th anniversary, the activist-actor passed the mighty baton of purpose and hope to two younger generations of Black socially-conscious stars who admirably follow in his path: Jesse Williams, 34, and Zendaya, 19. Between the eldest and the youngest photographed here, just shy of 70 years. Kismet.

As told to Kierna Mayo and Jamilah Lemieux

Perhaps none of us meant to lose our breath, but when Harry Belafonte, 88, strolled into the studio--his cane doubling as a proud village chief's walking stick--that's exactly what happened. Harry Belafonte is still, without question, Harry Belafonte. The body may move slower these days, but the mind is agile as ever.

That Black power fist you see on the cover? He raised it with the might of a man half his age. The charm that made women weak in his first film, Bright Road, 62 years ago, remains. The living legend held court with all the women on set, including his beloved Pamela, whom he referred to as his "fourth wife" (when she reminded him that she is his third, he joked, "Just keeping her sharp!").

Like his young mentee, Williams, however, the looks and swagger will be but a footnote when the final chapter on Belafonte's wondrous life is written. As a performer, he appeared in no less than 20 films and recorded dozens of albums, and as the first Black man to win a Tony Award in 1954, he is still regarded as one of the most successful Caribbean American artists of all time.

A son of Harlem with roots in Jamaica and Martinique, his activism has spanned the globe, from the Mississippi Freedom Summer, to Cuba's political hip-hop scene. The man is nothing, if not a freedom fighter. His resolute clarity on political issues that affect the dark and the poor has been as profound in recent years as it was when he was in the streets marching with his comrades in the fight for social justice so many decades ago. His willingness to name names, and to call out those he believes do not stand for said liberty, challenges even the most radical of today's Black activists.

You will recall the time when Belafonte essentially branded General Colin Powell a house n*gger in 2002: "Powell is permitted to come into the house of the master, as long as he will serve the master according to the master's dictates," said Belafonte in a CNN interview.

Also in 2013, because Black lives have always mattered to him, the venerable statesman founded the Sankofa Justice & Equity Fund, an organization that recruits artists and influencers to address issues such as income inequality and the recent uprisings in Ferguson and Baltimore. Usher recently partnered with Sankofa and Tidal (we see you, Jay Z) to release "Chains," a single addressing police violence against Blacks and Latinos.

Here, in his own words, our beloved elder speaks on the intrinsic, forever connection between Black art and revolution. --KM

I was very fortunate in my earliest of years. I was touched by the presence of a man named Paul Robeson. He was a mentor to me, one of the great figures of the 20th century. It was he who connected with a group of then-young artists--Ossie Davis, Ruby Dee, Sidney Poitier--at the American Negro Theater in Harlem and would help them to become some of the world's most engaged activists. Robeson said something that made an indelible impact on my life: "Artists are the gatekeepers of truth. They are civilization's radical voice and moral compass."

I'm eternally grateful for those words from Robeson and others like him: Langston Hughes, Marian Anderson. Through them, Black people were able to see that one of the most powerful weapons we had was in the power of the arts. Through the arts, we were able to tell our story. We created jazz and great spirituals, and with those tools, we were able to inform not only the people of our time, but the generations to come after us. 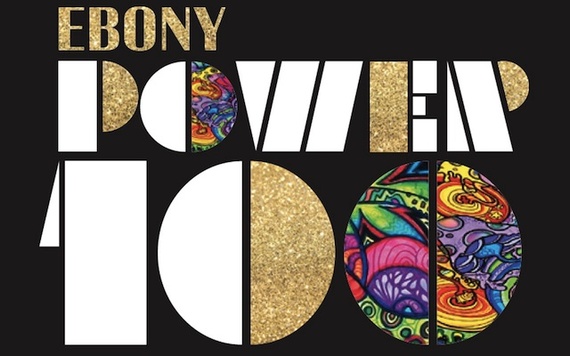 Read the rest in the December 2015/January 2016 double issue of EBONY, at a newsstand near you!