Women's activist group UltraViolet is targeting prospective students at several colleges and universities with online advertisements warning them the schools have a "rape problem."

The group is also going after Brandeis University in Massachusetts and American University in Washington, D.C., both struggling to quell controversies around sexual violence. American is not under investigation, but a series of leaked emails from an underground fraternity joking about rape brought back to light a 2011 decision by the administration to not sign off on a grant from the Department of Justice to help reduce sexual violence on campus. 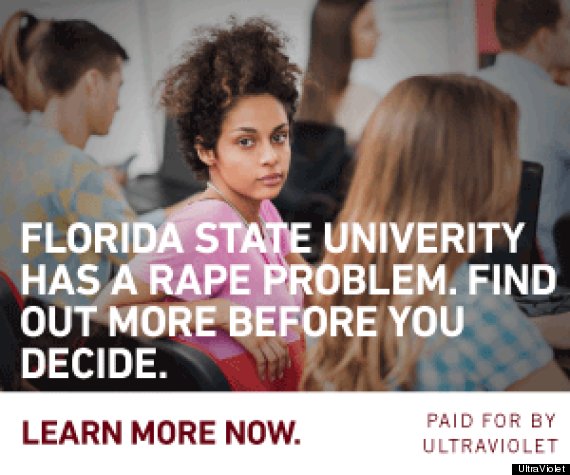 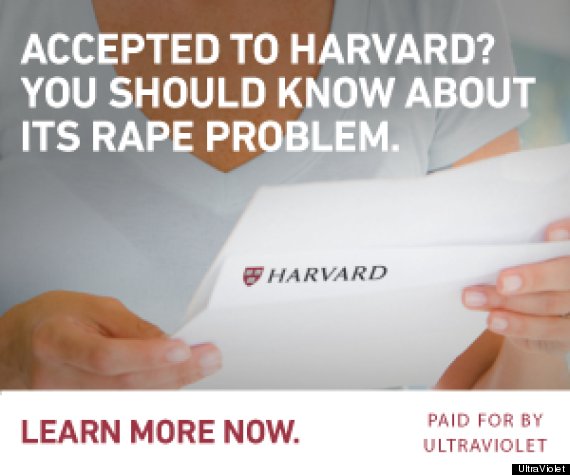 Online ads from UltraViolet will appear in search results if it appears a user may be applying to a school, on mobile ads when people are at locations near the campuses, and on Facebook based on aggregate data that suggests a person is considering attending one of the colleges targeted.

UltraViolet is focusing on prospective students right now because it's admissions season. One measure for college rankings is a school's "yield" -- the percent of accepted students who commit to attending. Many of the schools included in the campaign typically do well in this ranking.

UltraViolet plans to spend "tens of thousands of dollars" in the coming months on a campaign around college sexual assault, according to an email sent out by the group.

UltraViolet Organizing Director Karin Roland told The Huffington Post it's important to raise this issue to prospective students because the information is difficult to find. The group also wants "college administrations to know the era of sweeping stuff under the rug is over," she said.

"This is one more way to put these administrations on notice that they have to deal with these problems," Roland said, "and they can't keep ignoring them because they're not going away."

UltraViolet wants schools to do four things: make expulsion the punishment for rapists, provide consent education for all students, make resources available on campus to allow survivors to press charges, and make it so students can change their class schedules and housing to avoid reported abusers.

The group tried out the campaign earlier this month with a focus on Dartmouth. The Ivy League school saw a 14 percent drop in applications this year, following a tumultuous two years. 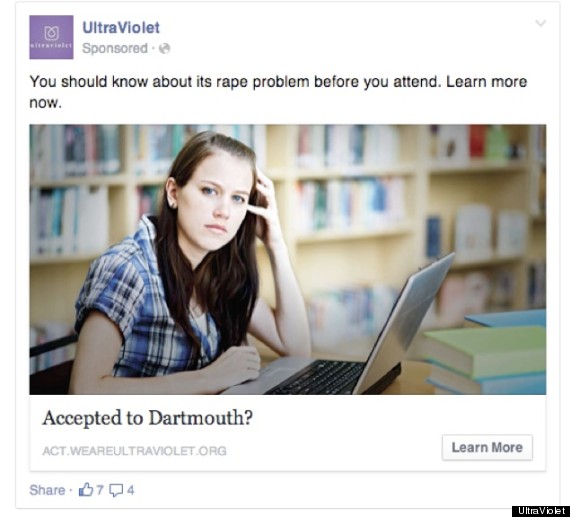 The activist group is also petitioning the Princeton Review to start asking students for their opinion on how well colleges handle sexual violence for the publication's annual ranking.

"Occidental and UltraViolet share a common goal: to ensure the safety of all students," said Ruth Jones, Occidental's Title IX coordinator, in a statement to HuffPost. "Oxy already has taken a number of steps and is committed to spending more time, energy and resources in its effort to fight sexual misconduct, report it accurately, and support survivors. We encourage prospective students, parents and alumni to contact us to learn more about what we're doing."

A Brandeis spokesperson referred to a statement issued Wednesday, which details the university's efforts on the issue and declares: "Sexual violence is an injustice we at Brandeis will not tolerate."

University of Michigan spokesperson Rick Fitzgerald called the campaign "unfortunate," and said the university "meets or exceeds nearly all of the recommendations" announced Tuesday by the White House Task Force on college sexual assault.

Representatives from the other targeted schools did not immediately respond to requests for comment.

UPDATE: 11:20 p.m. -- Dartmouth spokesman Justin Anderson called the ads from UltraViolet "unfortunate" for failing to "acknowledge the actions Dartmouth is taking, most notably our comprehensive policy proposal to take effect in June that makes expulsion mandatory in the most egregious cases of sexual assault." In addition, Dartmouth said it would launch its own online ads: