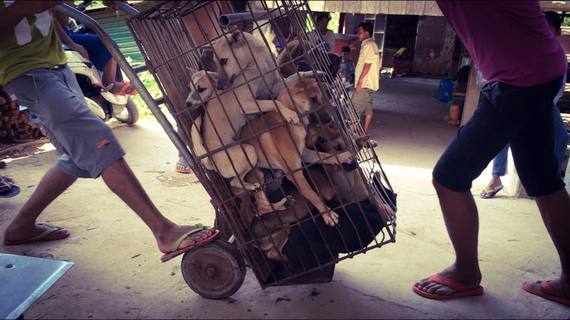 The Yulin dog eating slaughter is set to start in China on June 21st. I'm calling it what it is, it is not a "dog meat festival" but a level of hell for dogs few can imagine unless of course you are the butchers and the consumers. The slaughter is in celebration of the Summer Solstice and is held in the city of Yulin, which has a population of about 600,000 people and is located in the Guangxi Zhuang Autonomous Region of China.

As dog is not on the menu of most Western countries it is hard to conceive that we would first torture and then either boil alive or beat a dog to death for consumption and that that would be celebrated. It's not dissimilar to what we do to cows, pigs, chickens, lobsters and crabs by the millions daily but as dogs and cats are our companion animals even people who eat meat are finding this event shocking and inhumane.

As seen on social media, this kind of issue can dissolve into a racist attack quite quickly but Chinese activists have clearly led the charge against the Yulin dog eating event. They have stopped trucks on the way to slaughter, lain down in the roads risking life and limb, quite possibly risking much more than any Western activists by going against a cultural norm in a country that very much frowns on activism but opponents from all over the world are heading to Yulin this year in an attempt to bring the cruel massacre to an end.

One of those activists is Marc Ching from the Animal Hope and Wellness Foundation in Los Angeles whose descriptions of his journeys to Indonesia to document the atrocities of the dog meat trade and rescue some of the more fortunate dogs read like some Shakespearean journey into Dantes Inferno - apparently the man doesn't sleep - not because he is so active but because he is so traumatized by what he has seen. 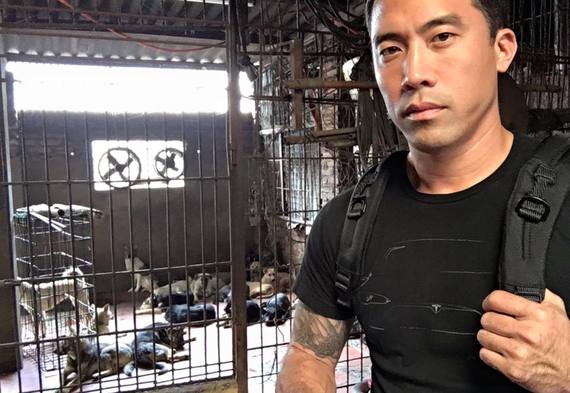 In a few days, Marc will go on an epic journey to Cambodia, Laos, Vietnam, Yogyakarta, Sulawesi and finally Yulin in what can only be described as a journey, which angels would fear to take. He will be visiting twelve of the largest dog meat restaurants and slaughterhouses in Yulin potentially rescuing hundreds of dogs and helping to bring the world's attention to this horrific trade in companion animals. An estimated 10,000 dogs are killed annually at Yulin although the number is said to have dropped due to activism. An estimated 10-20 million dogs are killed for food in China every year.

Personally, I can't watch the videos, a dog desperately trying to escape a boiling pot of water as his butcher holds him down with a pole is not something I want burned into my memory as I drift off to sleep. If you can stomach it, you can watch some of the videos here.

It seems to be a kind of stubborn egocentric selfishness that humans have when confronted by either health issues or cruelty accusations they refuse to change. Change is not something we do easily at all but more and more people are calling for an end to the horrendous exploitation and killing of the animals that, for them, have the unfortunate predicament of occupying this planet with us. Humans seem intent on destroying and eating their way to destruction whether it be climate change or self-destruction by diet. 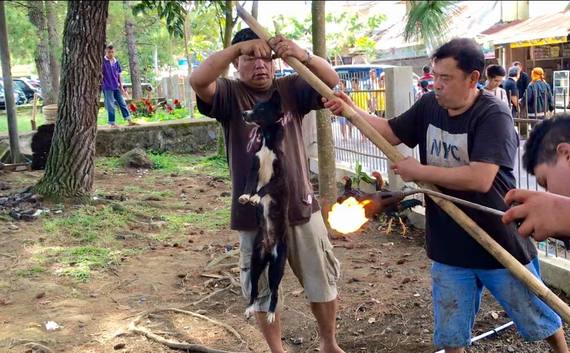 To support Marc Ching and the Animals Hope and Wellness Foundation click here.