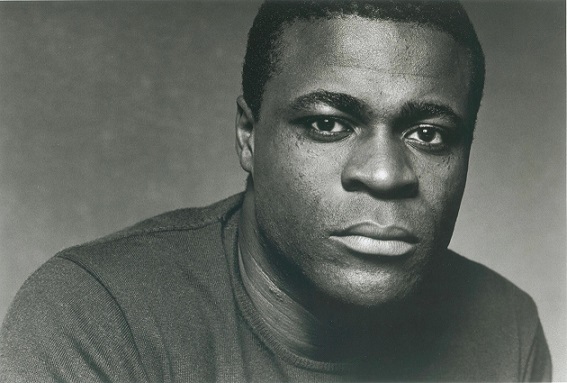 Danny Sapani is a gentleman, for sure. I just loved listening to his story. Now I'm happy to share it with you!

Your character Berber the Moor in the new FX series The Bastard Executioner is very conflicted. Tell us about your character.

Berber clearly lived a very different life before he came to Wales as reflected in his adept skills with a scimitar and the fact that he can read. He is of noble birth, part of the Moorish aristocracy that occupied Spain for 700 years ending in 1492, when he and his family fled. In between that and coming to Wales he has had to convert to Catholicism. He is a farmer and friend to Wilkin Brattle. The rest is to be revealed.

You're of Ghanaian descent but were born and raised in London. Please tell us your family history.

I was born in November 1970 to Ghanaian parents who had moved to the UK in the late 60s and set up home in Hackney, East London. I am one of six. My parents both worked very hard, my Mum was a nurse and often worked double shifts so we were taught to be independent at a very young age. My Ghanaian roots are incredibly important to me. The culture, customs and sense of community is very prevalent in our lives. My full name is Danny Kwasi (pronounced Kwesi) Sapani which comes from the words (Osa = War peni = Elder).

People recognize you from Penny Dreadful and Doctor Who. Please share a behind the scenes story from both of these shows that you've never told before.

The Penny Dreadful schedule meant that I had to work the day after my wedding. We got married in London, partied through the night and then flew straight to Dublin in the early hours of the morning. I had to go straight on set feeling a little worse for wear. Thankfully the scene that day wasn't too taxing!

Matt Smith and I were mates before I filmed Doctor Who and we had a massive laugh during filming as he's a big practical joker. There were crazy moments walking on set to see aliens of all shapes and sizes in front of you - it was quite surreal!

What are the similarities and differences between working in television / film vs. theater?

Neither are boring that's for sure, but without a doubt there is more adrenaline in the theatre as everything is live and real and one's ability to capture the audience emotionally relies on many factors such as eloquence, body language, an ability to effect the air and the intensity of the moment. You're also reliant on the other actors and a very small production crew.

With film and television you need to employ a different set of skills to try and achieve the same effect because you're surrounded by massive technical crews, you have muchless control as you're reliant on so many other departments to perform, and the acting itself is disjointed as you don't have the narrative to carry you throughemotionally. So, you become more focused on the moment. The sets and locations are precise and when every element comes together in a particular moment. It is very thrilling.

Do you have any crazy things that you don't think are crazy built into your work contracts?

I don't think I'm big enough to demand diva-style riders just yet and actually all the people I've worked with have been so humble, I've not come across any crazy demands. If I did it would probably be access to Wi-Fi so I can play chess online (I'm a tad addicted!) and a personal trainer as I miss mine when I'm travelling and seem to find every reason not to exercise.

How many wrist watches do you own? Who gave them to you / where'd you buy them? Do any of them have special meaning to you?

Tell us about an unpleasant experience in school when you were a boy. How did you handle the situation?

Gosh, growing up in Hackney there are loads of these I could share with you! There were fights every day as the Secondary boys school I went to was pretty notorious. What I learnt was how to use words rather than physical conflict; to either put up a good argument or make people laugh to avoid getting hurt!

What do you think about right before you fall asleep?

My kids, the things I didn't achieve that day and the tasks I plan to do the next!

Tell us about your immediate family life.

I have three kids, aged 14, 12 and 3 so we have the wonderful combination of toddler tantrums and hormonal strops! They are all brilliant; the eldest is a boy wants to be a professional footballer, then there's my daughter who's bound to be something creative as she's loves nothing more than to draw or make things; no-one ever gets a birthday card that's been bought, she always spends hours making elaborate, personalized beautiful creations. And the little one is probably going to grow up and run the country if the way she is at home is anything to go by.

My wife is a brand & marketing consultant and let's just say she keeps us all in check! We'd known each other for 20 years before we got together; it's a great story that would one day make a great film.

My love for drama, music and dance was actually cultivated during the many weekends I spent in Kentish Town learning, training and being nurtured by a wonderful organization called the Weekend Arts College - WAC Arts.

WAC Arts is run by Celia Greenwood, an ex-Drama teacher from a local secondary school whose passionate belief that the arts should be a right, not a privilege. She was fundamental in spawning such talents as Courtney Pine, Martina Laird, Marianne Jean-Baptiste and Miss Dynamite, Julian Joseph, Nikki Yeoh to name but a few.

We paid £1 a lesson to be taught by actors in the industry who shared Celia's belief that the arts can empower young people to change their worlds.

I'm honored to be a Patron of WAC Arts now as well as an organization called Alone in London which supports homeless young people. I left my family home at 15 and Alone in London gave me a place to live and a start in life. It's great to be able to give something back to the two organizations who I owe so much to.