His name was hardly an asset as a child. Travis Van Winkle was variously called "Twinkle Toes," "Van Stinkle," and of course was asked, "Hey, are you related to Rip?" But now the 31-year-old actor says, "I love my last name. No one else has it but Vanilla Ice. And no, I am not related to him." Travis Van Winkle's name has been listed in credits for such TV shows as Hart of Dixie, 90210, CSI: Miami and Two and a Half Men and in films including Transformers, Accepted and Friday the 13th. But it is his latest role as Lt. Danny Green in TNT's The Last Ship that is making the Van Winkle name truly his own. 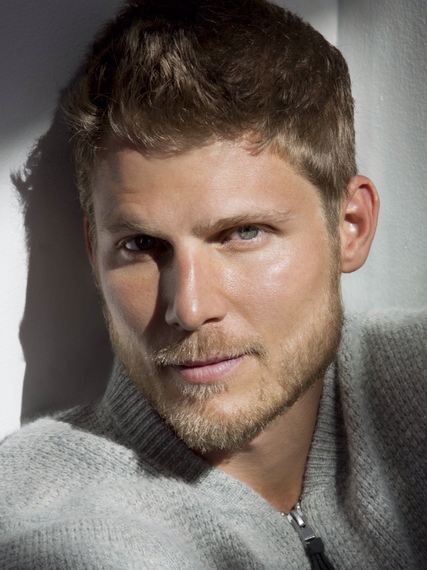 The Last Ship is TNT's latest drama, set on a Navy ship after half of the Earth's citizens have been wiped out by a deadly virus. Travis plays a Navy SEAL on the series which, he says, is meant to draw in younger viewers. "It's a big show," he says. "It's fast, there's a lot of action, a lot of moving pieces. Some days we would shoot in front of a green screen, then we'd go to San Diego and shoot on a live active Navy destroyer. We were all over the place and something new was always going on. It's a fricking ride to be on this show!"

It was a less complicated ride that got Travis onto the show. He was born in California, and then spent parts of his childhood in Michigan and Georgia. While he never acted in plays or was involved in drama during his school days, he visited Los Angeles at the age of 20 -- after his junior year of college -- and never left. On his second day in town, he took a cold reading acting class: "I thought what are all these feelings coming up inside me? I had never felt so alive! Something woke up and everything else sounded boring and lame." With the support of his parents and grandmother, Travis worked at Red Lobster, worked as an extra and, as he puts it, "started hustling."

Van Winkle's first guest role was on Disney's That's So Raven. "I got to kiss the two leads in front of a studio audience," he laughs. His career was launched, and Travis wasn't surprised. "As long as doors continue to open, and as long as I do my part by serving my community, good things are going to happen," he says, adding, "I have busted my ass for 11 years and have had great ups and terrible lows."

Now he's learning to embody the motto taught to him by Navy SEALS: "Slow is smooth. Smooth is fast."

"Navy SEALS have to go into hostile territory and rely on the work and training they've had. They have to remain calm and not rush," Travis explains. "They are smooth, articulate people who could kill you 12 different ways. But they don't rush into anything. They can become fast and efficient."

That motto somehow infuses much of how Travis lives his life. While he once beat Matthew McConaughey in the Malibu Celebrity Triathlon, Travis has also spent time in India doing yoga and meditating in silence. Smooth is fast.

He is as proud to talk about his volunteer work with the nonprofit buildOn as he is to discuss his acting career. The mission of the Connecticut-based nonprofit is "to break the cycle of poverty, illiteracy and low expectations through service and education." In Travis' first experience with the organization, he helped build a school in a village in Malawi where, he says, "my heart exploded." He lived with a family in the village while working with others to construct a school where none existed. Since that trip, he led a group of eighth graders and their parents to Haiti and will take 18 college students to build a school in Nicaragua next month. Of the experiences, he says, "It is life-changing in ways my words can't articulate. It's like a soul quake."

Travis Van Winkle's twin passions of acting and service make for a very contented man. But this man who is willing to sleep in jungles while pouring concrete and who took knife and stick training to portray a Navy SEAL has a surprising ambition: "I would be so damn happy to be in a romantic comedy," he laughs. "I want to be in a love story, a film that makes people yearn for romance." He pauses, then adds, "I hope that doesn't sound cheesy." Slow is smooth. Smooth is fast.