At first glance it was like any other beautiful,extremely hot and sunny Saturday afternoon, at the farmers market in Los Angeles: crowds of people in tank tops, shorts and dockers, milling about trying to decide which vendor offered the least amount of carbs. The first time I ever heard of the farmer's market was when the Ricardo's and Mertzes drove to Hollywood, and Lucy accosted Robert Montgomery there and made him autograph an orange. This past Saturday there were no sit-com hi-jinx. It was all business for the two professors, three filmmakers, two actors, and a non profit fundraiser in front of me. No it wasn't a casting call for a re-make of "Gilligan's Island." It was a phone bank site for Obama supporters.

I, like so many others, received the email to come and help the Obama campaign persuade the good people of Indiana to end what seems like a never-ending primary, and vote for the candidate who has demonstrated good judgment, and the best mental health. The last part was not on the script, I felt compelled to add that. Anyway, I went anticipating a set up like there was at the L.A. Headquarters: a string of phones stationed in front of computers. But, no, that was not the case. The event was on the upper deck of the main floor of the market, and there was a volunteer, Kristen, a very thin, attractive blond, who is a proud graduate of "Camp Obama," manning a table with scripts and phone lists. I told her I had no cell phone with me, yes I'm one of those people, and she informed me I could call from home. I knew that was an option but I wanted to feel the camaraderie of other supporters.

Unable to make calls, I set out to find out who these people were and why they came out. Did I mention it was extremely hot in L.A. on Saturday? I'm talking heat that makes your thighs stick to the seat, and sweat trickle down your cleavage, the kind that...you get the picture. We were in a covered outside area, with birds flitting about freely and every now and then a pigeon would give you a mischievous stare, like when they're about to grant you good luck, at least that's what I've been told it means when a bird poops on you.

The first person I approached was a Black woman, who was perhaps in her sixties, it's hard to tell with Black women and I dare not ask.

"There wasn't a phone bank close to me. Orange County is mostly Republican, so I drove over here. Barack is the man for the season, as they say in Ecclesiastes. He's multi-national, dynamic, charismatic. His message of hope spans all demographics. I was in education for 37 years and I'm glad to see the kids get him."

"Hillary is extremely, I said extremely, negative. As the polls say, she's unlikable. John McCain is probably a good man but anyone who has been captured for 5 years, there are things within him, I....let me just say I have reservations with John McCain."

"We need hope, without it you can't get up in the morning. Here is a man trying to take politics to another level and it's sad they want to tear him down." 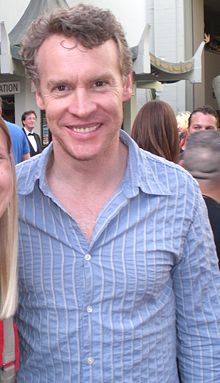 "I just got off the phone with a union guy in Indiana who said he was with Obama but Rev. Wright turned him off. He said he felt it hurt his chances. I talked to him and he said he's still thinking about it but he wasn't decided yet. I think there are a lot of Republicans in Indiana."

"I was in Iowa, it was an amazing experience. I went to help out a friend who's shooting a documentary on Barack. She's been shooting for two years, before he announced he was running for President. Amy Rice, have you heard of her? She asked a bunch of her friends to come help her in Iowa. The feeling was, he was going to lose. Amy thought it might be the end of the road for Barack. I mean no one expected him to win. I thought since it was 98% white, and you had John Edwards there for almost five years, he was well liked and Hillary had her whole machine there. So when he won it was great for the volunteers who worked for months. It was really an amazing experience."

"I've been to Obama campaign offices all over, Iowa, NV, SC, Wisconsin, when you walk in those offices it feels like the America I thought it would be. Everyone wants to be there. The Obama supporters are dedicated to getting him elected. I've been to the Clinton offices too, there's a big difference. The Clinton people are there because it would look good on a resume. I talked to some of their people and they say I want to get into law school, I want to make connections to go into politics. In Iowa the Obama folks were locked inside a gym for three hours at a caucus, now that's dedication."

"I traveled with the press with Obama, and I know I will get in trouble for saying this, but they all secretly love Obama, and will vote for him, but they want a story and they're angry he doesn't fight back. That's not Barack, he's steeped in character. Hillary is like brittle anger and he has a righteousness."

"I'm talking too much, I shouldn't say...Amy Rice gets so nervous every time a controversy happens. She's continually impressed by the depth of his character. She said after 300 hours of footage there isn't a single thing that makes him look bad. All these things, Rev. Wright, Michelle's too strong, will fall by the waist side. If they don't, it's our loss."

"I'm on a show now, which I'm sad to say is Hillary and Bill's favorite. They probably watch it because of Ted Danson. He's a big supporter of hers. Ted's a real good guy. I remember after N.H., he said to me, you know this race is going to make him a better candidate. It's like he knew Barack would be the nominee."

Just before Tate called it quits for the day, he came over to where I was listening in on a conversation. I was intrigued by first time phone bank caller, Steve, who works in the entertainment business, he was cagey about exactly what he did, anyway, he hung up from a call and was quite frustrated and declared, "God they must have a lot of morons in Indiana."

Tate shared, "I just had the craziest call of my life. This woman says, 'You sound white boy. You better watch out because if he becomes president, your gonna be the boy. I hear Rev. Wright is gonna be in his cabinet.' I can't believe people believe this stuff."

Cathy N (Asked me to withhold her last name because her husband is "a prominent businessman"), 50s, Beverly Hills, NonProfit Fundreaiser

"I've been working for non-profits for over 30 years, Legal Services, even the L.A.P.D., lots of integrated groups; this is the first candidate I've ever worked for."

"I don't choose my leadership by gender, it doesn't matter if she's a woman. I don't know if I could vote for her [Hillary Clinton] if she's the nominee."

"Barack represents integrity. Let me tell you something, we travel all over the world and they're excited about him being the President."

"My guess it's the race card, because the Jewish community is taught never to forget, and as soon as Rev. Wright came out, they close that door quickly. It was as if they were looking for a reason not to vote for him. My Rabbi says things that don't represent me. She's just my Rabbi."

I recognized Cameron from the Precinct Captain orientation at the Obama Headquarters, back in January.

"I'm the one who said Obama is like national Prozac, shaking us out of our depression."

"I think a lot of these gays support Hillary because of Diva worship. They see being gay as kind of hard. Everything has to be a fight or a struggle, and that attitude is what attracts them to Hillary. She's this tough, mean chick who will take no shit."

"I think she panders to gays. She goes to the gay ghetto, like the Abbey and boy bars and tell them what they want they want to hear. It's easy to be pro-gay in W. Hollywood, but it's hard outside of that area. Barack is more sincere. On MLK's birthday he went to a Black church and made a speech where he talked about homophobia. Now, that's real toughness. He wasn't taking a shot and a beer."

"The Clinton supporters don't have much conviction or passion. If you question why they support her, they just say one of her slogans, or, maybe we should give a woman a shot, I'm thinking, but I don't say it, as oppose to the Black guy."

"There's an ad in Indiana where it says Barack is too radical for N.C. and I'm saying yeah, that's the point. Maybe because I'm young or arrogant but Barack's message gets me so excited."

"Michelle looks better in person, I know people say she's hard, but they always say that about Black women, if they don't fit the stereotype. My advice to her is skip the gym a couple of days a week, to relax her muscles, she looks too pumped up. O.K. here's the catty gay man coming out. Lose the flip. Her face is too angular, she needs a softer do. Those high waisted pants have got to go. I'd like to see her in a nice sun dress, with colorful accessories."

"Barack is good. As long as he stops smoking. He also needs to get some Prada suits, that will show his shape but give him some boxyness to his shoulders. I hope all this cattyness doesn't discount the intelligent things I said before."

blogging without a net

See The Latest Photos As Hurricane Ian Slams Into Florida

Woman Was Forced To Give Birth Alone On Maryland Jail Floor, Lawsuit Claims

Thanksgiving Could Cost An Arm And A Turkey Leg This Year