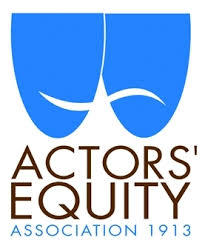 This week, the membership of Actors Equity, the union of American stage actors, voted to oust an incumbent president -- virtually unprecedented in the history of the organization. The ouster was the result of an organized revolt by actors in Los Angeles, who have been fighting Equity's efforts to gut LA's vibrant intimate theater scene. While the election is the first step in a long battle, it may significantly impact the future of American theater.

Actors Equity has a long and proud history of championing the rights of actors, beginning in 1913 when it was founded by a courageous group of a few hundred actors. The union has been in the forefront of the struggle for civil rights and freedom of expression, notably during the McCarthy era when it refused to ban blacklisted performers. However, as the LA battle illustrates, Equity has at least temporarily lost its way.

As far back as the '50s and '60s, when the burgeoning Off-Broadway and Off-Off-Broadway movements were spawning a generation of playwrights, directors and actors who would dominate the next generation of American theater, as well as film and television, the seeds of the future have been planted in storefronts, basements and church halls where actors not only perform, but build sets, sew costumes and staff the box office. They devote their time -- inevitably without pay -- not only because they love the theater, but also because they want a chance to experiment, to test their creative wings and to dream beyond the boundaries of commercial theater.

While Equity has sometimes been resistant to these grassroots movements -- as they were initially to Off and Off-Off-Broadway -- it has also been instrumental in helping these movements to grow and blossom. In the case of New York, Equity came to recognize the importance of nurturing new theater companies and carved out a number of exceptions to its strict union rules to permit actors to work in non-commercial theater. This, in turn, led to a vital and prolific theater scene in New York that produced many of the most significant plays and theater companies of the twentieth century.

There is no doubt that Actors Equity has a vital role to play in American theater in the 21st century, much as it did throughout the 20th century. However, if it wants to preserve its vital role it must change its vision of the future, as well as the manner in which it pursues that vision. Its heavy-handed approach to the Los Angeles theater community reveals serious flaws both in Equity's vision of the future and its ability to implement any vision at all. From the beginning, Equity misread the sentiment of its LA membership -- perhaps out of a myopic view of LA theater -- or simply out of ignorance. To compound the problem, Equity ham-handled the rollout of their proposal, turning what may have been intended as an opening gambit for discussion into a dictat from an uncaring union.

Hopefully, the union leadership has learned its lesson after the open revolt of LA membership and the ouster of an incumbent president. Ironically, the bungled rollout of Equity's LA theater proposal may have strengthened the hand of other insurgent groups in New York, Chicago and other cities, who would like to see a more progressive approach to their small theater scene. New York's Showcase Code is in many respects more restrictive than LA's, and actors in Chicago small theaters are in an even worse situation. As actor Chris Agos wrote in his book about the Chicago acting scene "The overwhelming majority of live theater in Chicago is happening in storefront spaces and being done by actors who aren't affiliated with AEA. Audiences will see innovative, powerful performances in these theaters, but they simply can't afford to pay their actors a living wage."

Far from killing off LA's intimate theater scene, Equity may have spawned a national movement to follow LA's lead. As in any adventurous endeavor, the quality of Los Angeles theater varies wildly from the groundbreaking and inspiring to the narcissistic and pedestrian. However, the same can be said of the early days of Off and Off-Off-Broadway. This is the nature of the theater, of creativity and of change. Whatever one's view of the LA theater scene, it is indisputably one of the most vital theater communities in the country, if not the world, and could certainly serve as a model for the future. At this important turning point in its proud and storied history, Equity has the opportunity to provide leadership for the next century of American theater. Let us hope that it will step up and embrace that opportunity.