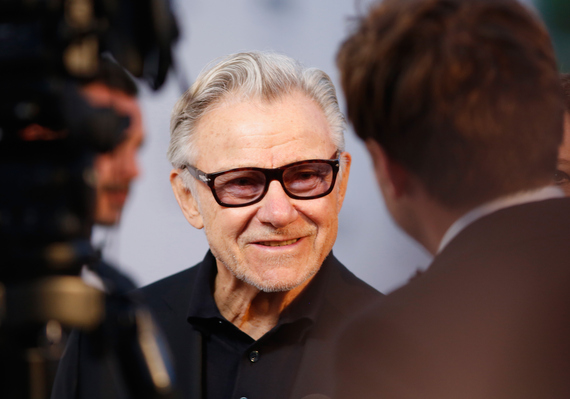 Casting can make or break a movie. You've heard about movie magic? This is where the spell gets made. When it works, it can be sublime. And when it doesn't, well, no one is anyone until you've been fired. Try to imagine these famous roles in the hands of the first people hired for them. Like the directors who canned them, you're free to second-guess the directors' second decision.

Unseen film history: HARVEY KEITEL as Willard during the one week he worked on APOCALYPSE NOW. pic.twitter.com/hxNmnmxHSm

In early 1976, Director Francis Ford Coppola hired actor Harvey Keitel to be the weary protagonist of Apocalypse Now, the thinly veiled adaptation of Joseph Conrad's Heart of Darkness by way of the Vietnam War. After exhaustive casting sessions that saw Coppola screen test actors like Steven McQueen, Al Pacino, James Cann, and Jack Nicholson for the role, he settled on Keitel, who was coming off intense but sympathetic performances in Martin Scorsese's Mean Streets and Alice Doesn't Live Here Anymore. It didn't hurt that Keitel had also served three years in the U.S. Marines.

A week into shooting, Coppola took umbrage with Keitel's performance of narrator/protagonist Willard. According to Coppola, Keitel "found it difficult to play him as a passive onlooker." Risking the integrity of the entire movie, Coppola halted production to fly to Los Angeles from the Philippines where he was shooting Apocalypse Now on location to ask actor Martin Sheen to replace Keitel. Sheen initially passed on Coppola's Vietnam movie because he was shooting a movie already, but the actor agreed because he had previously auditioned for the role of Michael in Coppola's The Godfather. No footage of Keitel exists besides images of film contact sheets featuring Keitel in Willard's fatigues.

2. Eric Stoltz in Back to the Future

Perhaps the most infamous example of an actor swap-out is Eric Stoltz as Marty McFly, a role that would be made iconic by the actor who replaced him: Michael J. Fox. Fox was Director Robert Zemeckis' first choice for the role, but the 25-year-old was under contract on the NBC sitcom Family Ties, and couldn't get out of it to shoot Zemeckis' sci-fi/comedy. The director then cast Eric Stoltz and began production in early 1985.

After five weeks of filming with Stoltz as McFly, Zemeckis, co-producer and co-screenwriter Bob Gale, and executive producer Steven Spielberg agreed that Stoltz's comedic timing wasn't what the character needed. The footage that featured Stoltz would have to be scrapped and the role would be recast. Stoltz was informed of his axing during the Twin Pines Mall sequence where Marty first time travels in the Delorean, and the reverse angles that didn't include Marty were shot. Fox was brought in days later on a compromise with NBC: The actor would shoot the sitcom during the day and Back to the Future at night. Footage of Stoltz still exists like the video above, but his hand can allegedly also be seen in the reverse angle of the scene where Marty punches Biff.

The Muscles from Brussels was originally the man in the predator suit, but much like Stoltz's exit from BttF, the filmmakers didn't like his take on the vicious man-hunting alien. It also may have had something to do with the original design of the titular monster.

The SNAFU with the design forced McTiernan to halt production to have legendary makeup effects master Stan Winston redesign the character. Van Damme allegedly complained so much about the heat on location in Mexico, as well as the fact that he wouldn't appear onscreen at all in order to do his patented martial arts moves, that McTiernan dumped Van Damme from the movie and recast 7-foot-tall martial artist and ballet dancer Kevin Peter Hall as the monster. Footage of Van Damme in the goofy suit still exists, mostly of the actor in the red heat-vision outfit that would be replaced with an invisibility cloak effect in post-production. 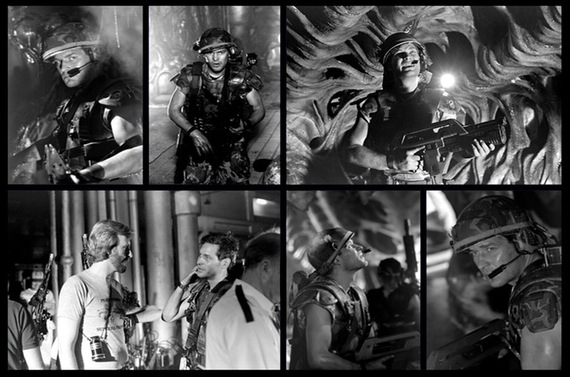 By all accounts, the shoot for Director James Cameron's action movie sequel to Ridley Scott's steadily paced 1979 classic Alien was a rough go. Cameron, then a relative newcomer, clashed with the studio over the budget, and constantly fought with the British crew who saw Cameron's rookie attitude as unsophisticated among the seasoned veterans at London's Pinewood Studios, where the movie was shot. Coming off the game-changing sci-fi in 1984's The Terminator, Cameron needed Aliens to be a hit. And though he battled through nearly every other production problem, there was one problem he simply couldn't overcome: Actor James Remar.

Remar was originally cast as Colonial Marine Corporal Hicks on a recommendation by Director Walter Hill, who received a "story by" credit on Aliens. Hill previously directed Remar in The Warriors and 48 Hrs. Remar lasted onset a week before Cameron canned him, but it wasn't because of differences over the interpretation of the character. While the official reason given for his departure was "artistic reasons," Remar finally admitted on a 2010 episode of a podcast called Sidebar the real reason he was shown the door. "I had a terrible drug problem, but I got through it," he explained. "I had a great career and personal life, and messed it up with a terrible drug habit." Later in the episode he said, "I was fired after a couple weeks of filming because I got busted for possession of drugs, and Michael Biehn replaced me," and that it caused his relationship with Hill to founder. "[Walter] didn't hire me again for 12 years," Remar said. "And I know why -- because I made him look bad. You know, it was fucked up." Biehn, who appeared as future war fighter Kyle Reese in Cameron's The Terminator, filled in for the rest of the shoot while Remar's one-week contributions merely live on in production photos.

What better way to end the list like we began -- now with bonus Jennifer Jason Leigh. Both filmed roles in legendary Director Stanley Kubrick's Eyes Wide Shut, but had to drop out. Leigh played the small role of Marion, a daughter of a patient of Tom Cruise's doctor character. She had to be completely recast when Kubrick's infamous perfectionism ballooned the principal photography schedule to 300 days, causing Leigh to be unable to return for reshoots since she was scheduled to have a role in Director David Cronenberg's film eXistenZ. She was eventually replaced by actress Marie Richardson during the reshoots.

Keitel was also the victim of Kubrick's protracted shooting schedule. The actor couldn't return to London for reshoots as Cruise's wealthy patient because he was set to appear in the movie Finding Graceland, and was eventually replaced by actor/director Sydney Pollack. This is the official reason, but rumor has it that Keitel was fired because he got a little too -- how should we say -- method during a sex scene with co-star Nicole Kidman, who was married to Cruise at the time. Keitel denies this, but the rumor persists.

Photos via www.reddit.com/user/Join_You_In_The_Sun and Getty Images

PHOTO GALLERY
Songs That Should Be Banned From 'X Factor'
Download
Calling all HuffPost superfans!
Sign up for membership to become a founding member and help shape HuffPost's next chapter
Join HuffPost