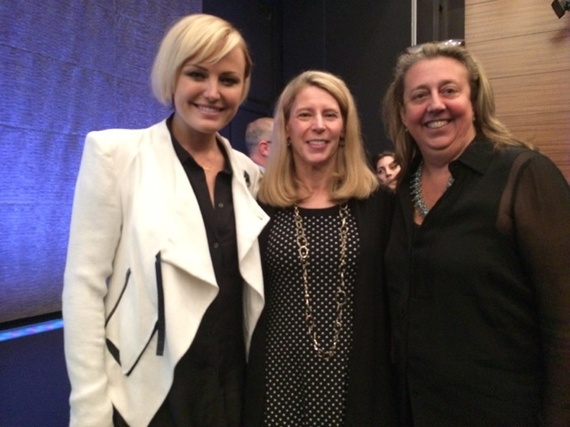 On January 23, 2015, I had the privilege of attending the screening for the PBS series A Path Appears, from the creative team that brought you the groundbreaking series Half the Sky: Turning Oppression into Opportunity for Women Worldwide. A Path Appears follows Pulitzer Prize winning authors Nicholas Kristof and Sheryl WuDunn and actor/advocates Malin Akerman, Mia Farrow, Ronan Farrow, Jennifer Garner, Regina Hall, Ashley Judd, Blake Lively, Eva Longoria, and Alfre Woodard to the countries of Colombia, Haiti, Kenya, and throughout the United States, as they reveal the harshest forms of gender-based oppression and human rights violations. The series skillfully leads viewers to a deeper understanding of these pervasive and critical issues and highlights proven methods of bringing about change. 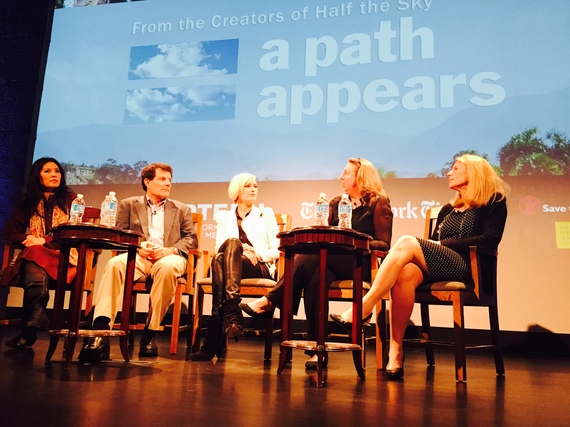 After the screening, Maro Chermayeff, the director and executive producer of the series, moderated a distinguished panel, including Pulitzer Prize-winning journalists Nicholas Kristof and Sheryl WuDunn, actress and social activist Malin Akerman, and Carolyn Miles, President & CEO of Save the Children. After spending an evening watching media clips from A Path Appears and listening to the panel discuss the heartbreaking realities of sexual trafficking, poverty and lack of education, I was surprised how inspired and empowered I felt. That is the genius of the series. The viewer is educated on the brutal and real challenges faced by many in the world, but simultaneously presented with a platform for effective solutions that are already working. Examples of positive change include the passage of laws to protect women and girls from being sex trafficked to a demonstration of the success of The Kibera School for Girls in one of the biggest slums in today's world.

At one point during the panel discussion, Maro Chermayeff turned to Malin Akerman and asked her if she had hope for solving these difficult global issues. She responded, "I have a tremendous amount of hope." Malin said that after spending time with Nicholas Kristof and Sheryl WuDunn, she has come to an understanding that you must focus on helping one person at a time and then hopefully that person will help someone else. She effectively explained how every action to help one person has a ripple effect through time and space.

The three-part series A Path Appears will premiere on PBS on January 26. I highly recommend it for anyone who is interested in learning more about the challenges our global community faces today, and the uplifting understanding of how we can each make a difference to improve the quality of life for those most in need.

Sure illustrates how MAYBE is always at play!