Hollywood producers Roma Downey and Mark Burnett are giving fans a sneak peek at the cast of their highly-anticipated television series, “A.D.”

Capitalizing on the success of the 2013 mini-series “The Bible,” which raked in more than 100 million American viewers, "A.D." promises to tell the story of the early Christian church in "all of its grit and glory."

The cast of "A.D." reportedly comes from 10 different countries. Juan Pablo di Pace, an Argentinean actor, will be playing the role of Jesus. He acted as Petros in the film "Mamma Mia" and has a recurring role on the NBC show "Camp."

Humbled and happy to be playing HIM.http://t.co/z9XZIJHAtE

Downey said that she and her husband were intent on creating a cast for “A.D” that is “as diverse and beautiful as the church is around the world.”

The husband-wife pair have been criticized about their casting choices in the past. Some scholars accused the producers of using Caucasian actors to play positive roles on "The Bible," while actors with darker skin were more likely to be evil.

Some viewers also said that the man chosen to play Satan, actor Mohamen Mehdi Ouazzani, bore a striking resemblance to President Barack Obama. In response to the controversy, the devil was cut out of the film adaption of “The Bible.”

Downey hopes the actors in "A.D." will be received warmly.

“We look forward to sharing these amazing performances with our audience, and in them we hope that people see themselves,” Downey said in the press release. 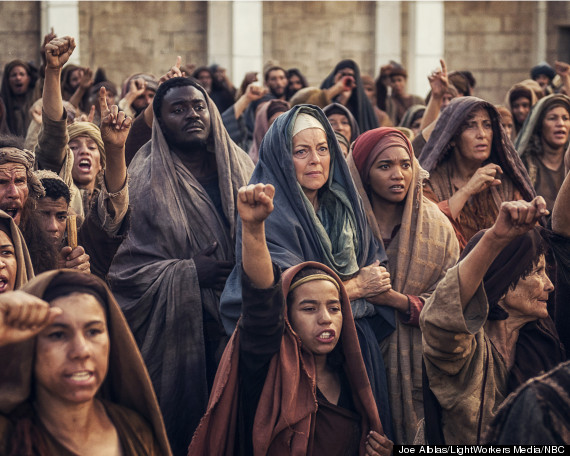 "A.D." will illustrate how the 11 remaining disciples of Christ went on after their leader's death to initiate an international movement that is currently 2.18 billion strong.

Faith leaders from across America have already given "A.D." their stamp of approval -- including Rick Warren, Joel and Victoria Osteen, Joshua DuBois, and Max Lucado.