This year, Comic Con is full of surprises. But that doesn't mean that there aren't limits.

Former 'American's Next Top Model' winner Adrianne Curry, apparently took things a little too far with her super sexy getup. Cops stopped the 'Playboy' cover girl as she tried to enter the festival for a signing. Despite her mind-blowing looks (and her barely-there costume), security insisted her outfit was too revealing. Well, the law is the law. She was asked to leave as soon as her signing was over.

Later Curry tweeted a geeked-out response to the incident that most certainly had Sci-Fi boys swooning, “Apparently the San Diego police are unfamiliar with a screen accurate version of Aeon Flux.” 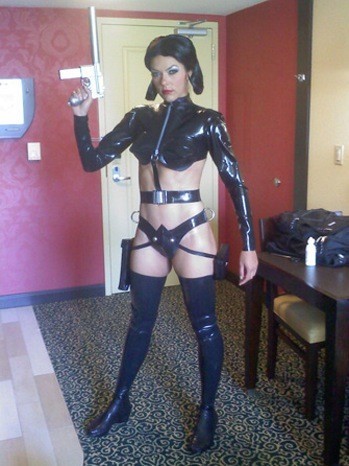