For 22 years, Adam Jahiel has documented the cowboys of the Great Basin area in the western United States. It would be a lie to say that his photographs do not evoke an atmosphere that resembles mythic notions of the cowboy as a lone ranger. Yet these stark and stunning images reach beyond fantasies of a simpler life, showing these men as complex beings in a complex landscape.

Jahiel’s process of photographing these cowboys was ethnographic in nature, he told The Huffington Post in an e-mail interview: "I basically move in and live with them for short periods of time. I become a part of the crew, part of the family. We ride together, eat together, camp together, and move together." He continued, "Much of the time that I spend photographing is when the cowboys are 'out on the wagon.' This refers to the old chuck-wagons, which have mostly disappeared. During the spring and fall especially, the cowboys set up camps for days or weeks at a time, round-up and brand calves, then move on to a different spot."

The iconic American cowboy represents a fabricated dream of America’s past -- cue the Marlboro man learning on a post, cupping a flame for his cigarette as tumbleweeds pass by. Rugged and chiseled, the image of the lone cowboy serves as a placeholder for a mythic, simpler time. A life on the range with open skies and plain talk; a frontier where a "man's gotta do what a man's gotta do." Jahiel’s series, “The Last Cowboy,” captures another side of the American cowboy, one not immune to the changing currents of the contemporary United States. Rugged and chiseled they remain, but devoid of the artificiality of Wayne McLaren’s tobacco cowboy.

The nomadic life fascinates Jahiel, and the cowboys of his photographs keep alive this sense of spontaneity while defying any sense of rootedness to a particular spot of land. Unsurprisingly, his favorite photographers include Dorothea Lange, Jean Vachon, and Russell Lee. Jahiel's images are meticulous, intense, and intimate, showing an insider's view of a phenomenon. Life on the Great Basin appears timeless, yet here appearance again becomes a mask, because all things eventually change. As Jahiel notes, “It is a culture that has dwindled and almost disappeared through the years right in front of my camera.”

To see more of Jahiel's work visit his website and be sure to check out the slideshow below. 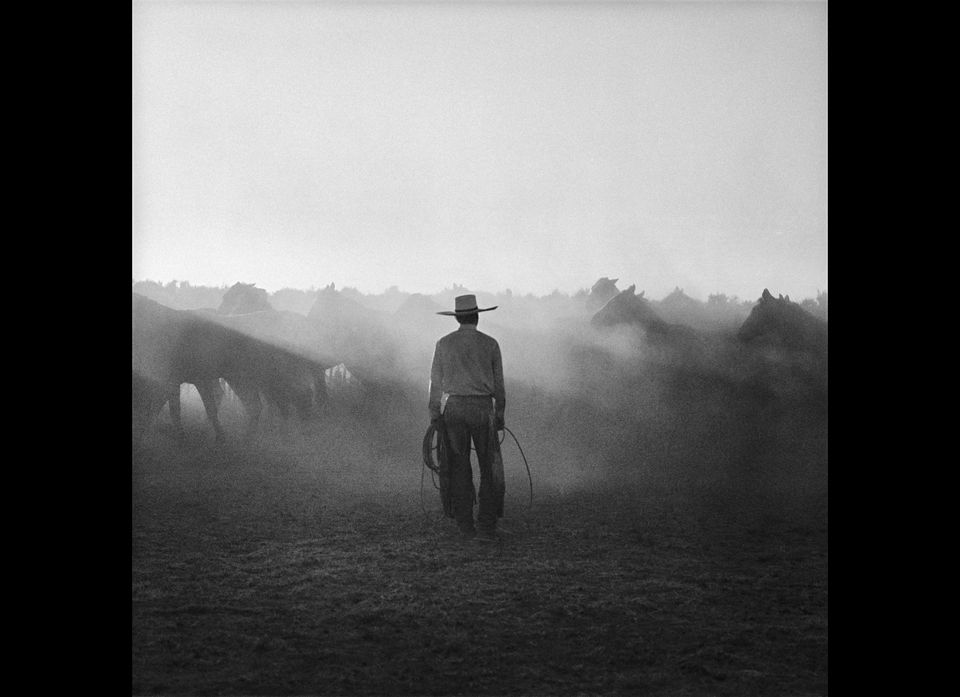