Adam Levine has gone and dyed his hair Platinum Blonde, for a look resembling Jared Leto in "Fight Club" or really any member of a boy band from the late '90s. The photo, in which Levine poses with his fiancé Behati Prinsloo, has incited speculation as to whether the dye is permanent, as well as the possibility that the "Maroon 5" singer and "Voice" coach is preparing for a role. It is further possible that this choice was simply made after a difficult "Sunday Morning," in which living life got hard to do. Impossible to say. No matter what though, Earth, this person is your Sexiest Man Alive, and NOTHING can change that (except next year's Sexiest Man Alive issue of People). 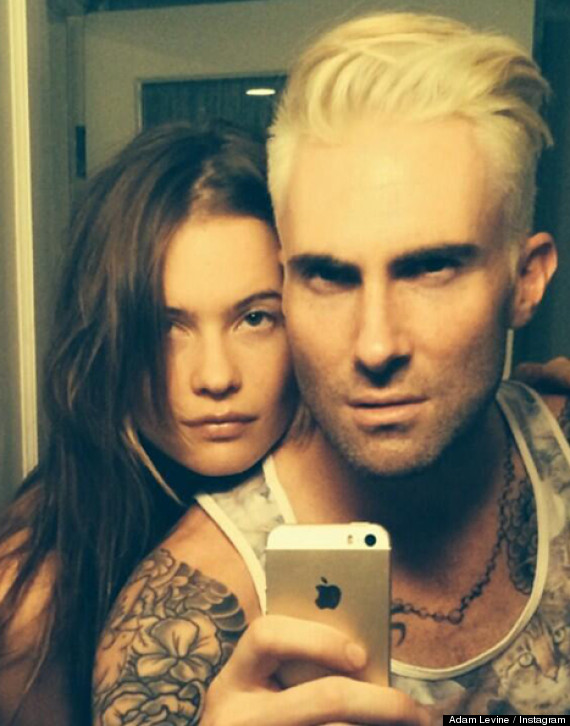