People Magazine's new "sexiest man alive," Adam Levine, front man of the band Maroon 5 and coach on the reality TV show "The Voice," has more than public affection behind him.

Scientists agree the yoga-practicing crooner has the goods — from the strong, manly jaw to the high cheekbones and prominent brows.

"He seems to have it all for being a sexy man," said Lisa DeBruine, a psychologist at the University of Glasgow's Face Lab in Scotland, who studies the psychology of attractiveness. [Macho Man: 10 Wild Facts About His Body]

And for women who may not agree with People's sexy choice this year, DeBruine said that makes sense too, as women are much more diverse than men in whom they find attractive and when.

Many people are drawn to both male and female faces that show signs of high testosterone levels.

"Certain features of the face are built by testosterone," said Helen Fisher, an anthropologist at Rutgers University who studies love and attraction.

And Levine has those features in spades.

"Look at that jaw, it really juts out on the side," Fisher told LiveScience. "His brow ridges are such that he could probably stand in the shower and keep his eyes open."

Because testosterone is actually a caustic substance that is tough on the body, men with such testosterone-sculpted faces are signaling that they have a robust immune system that can withstand the chemical, Fisher said.

For instance, men with more masculine faces have fewer respiratory illnesses in their health records, and better immune responses to vaccines, DeBruine said.

Men with high testosterone levels also tend to have strong sex drives, give their partners more orgasms and climax more themselves, Fisher said.

Of course, for some women, such manly faces are a turnoff because these manly men are perceived as less willing to commit to their partners or raise a family.

"He seems to have the best of both, he has masculine features but always seems really happy and smiley and not stern," which may signal to people that he has the positives of high male hormones without the negative traits, DeBruine said.

Several studies have shown that both men and women alike tend to prefer more symmetrical features like Levine's, which may be a marker of better genes. And people are drawn to features that aren't too big or small, which means that Levine's lack of standout features may be a draw as well, DeBruine said.

Still, the women left cold by People Magazine's top pick aren't unusual, either. That's because in studies, women's preferences are extremely variable, depending on what they are looking for, DeBruine said. Men tend to be more consistent in what they find attractive.

And many women have had bad experiences with extremely handsome men, which may make Levine's ultra-masculine looks unattractive to them, Fisher said.

PHOTO GALLERY
Beauty Tips From Across The World 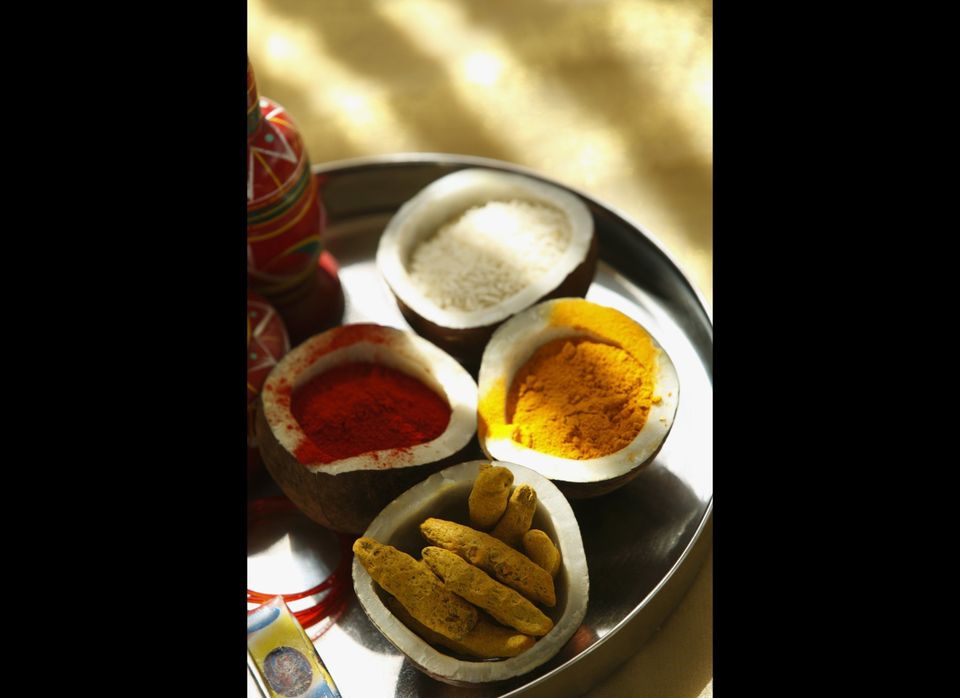 1 / 8
Turmeric
Turmeric -- the herb that gives a curry its distinctive yellow color -- is also an antiseptic with anti-inflammatory properties. In India, it's common tradition for brides and grooms to apply a paste of turmeric and chickpea flour before their big day. In addition to turmeric's bacteria-killing powers, chickpea flour is an exfoliant and a moisture-absorber. The herb is also used by brides in Indonesia. "(The traditional ceremony) begins with a <em>lular</em> scrub combining all the benefits of turmeric, rice, jasmine flowers, ginger and other herbs to energize the body," writes beauty expert Shalini Vadhera in her book <a href="http://www.amazon.com/Passport-Beauty-Secrets-Becoming-Goddess/dp/0312349629?tag=thehuffingtop-20" target="_hplink">"Passport To Beauty."</a>
Thinkstock