Congrats go out to Adam Levine!

The Maroon 5 frontman and "The Voice" coach has been named People magazine's 2013 "Sexiest Man Alive." The big news was announced on tonight's (Nov. 19) episode of the Emmy-winning singing competition show.

"As a musician, you have fantasies that you want to win Grammys, but I didn't really think that this was on the table," the singer tells People of being given the prestigious title in this week's issue. "I was just amazed and stunned and it almost seemed like they were kidding, but they weren't, so that's cool."

The 34-year-old Los Angeles native has had quite the year. Not only did he tour with Maroon 5 and entertain audiences on "The Voice," Levine also got engaged to model Behati Prinsloo after admitting he didn't believe in marriage.

"I didn't think marriage was for me for a long time," he tells People. "I was ready when I was ready. That's about as simple as it could possibly be."

Levine steals the crown from 2012's winner Channing Tatum, who embraced the honor over the last year.

Check out Adam's smoldering People cover below and make sure to pick up your copy of "The Sexiest Man Alive" issue on newsstands Nov. 22. 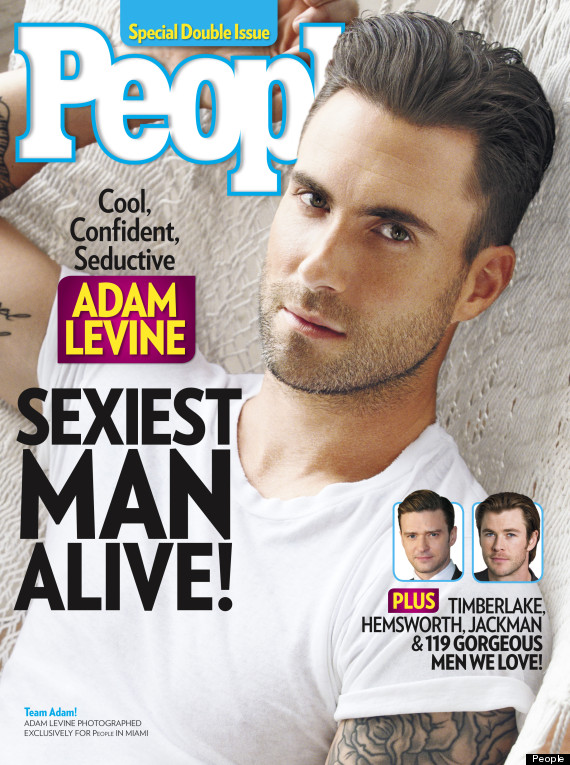