Can you put a price on friendship? How about a Facebook friendship -- with a celebrity?

According to the open market of eBay, the correct answer--at least for a Facebook friendship with Adam Sank--is "yes," and less than $45.

An eBay user by the name of robert53572 recently put a Facebook friendship with Sank, a New York-based comedian, up for sale on the auction site. The move comes after Sank maxed out his allocation of "friends" on the social network, which caps the number at 5,000 due to "back-end technology".

The item was listed at a mere $45 and failed to receive any bids by the time the auction closed earlier this week. The friendship was listed under "Entertainment Memorabilia" with the follwing description:

Famed Comedian Adam Sank just reached 5,000 f***book friends, and can no longer accept requests (as an individual). I am offering my position in his list of friends to the highest bidder. Why just be a fan page subscriber, when you can interact PERSONALLY with Adam Sank??

And what does Sank think of all this? “I’m genuinely afraid that people are going to think I put the item up for auction myself, which would be the ultimate act of desperation,” the comedian told West Hollywood Wives. “On the other hand, I’m a total publicity whore [...] So I’m torn.”

"The idea that someone would pay $45 or more to be Facebook friends with a celebrity is ludicrous enough. But that they'd pay to be friends with a fairly obscure comedian most people have never heard of lifts it to the realm of truly absurd," Sank added in an email to The HuffPost.

"I'm pretty sure Robert Lewin, my fan in Wisconsin who placed the eBay listing, was being tongue-in-cheek about the whole thing. But I have some really freaky fans, so who knows?"

Given that people can buy Twitter followers, paying for Facebook friend exclusivity isn't quite so absurd as it initially sounds. But it's still pretty high up there. 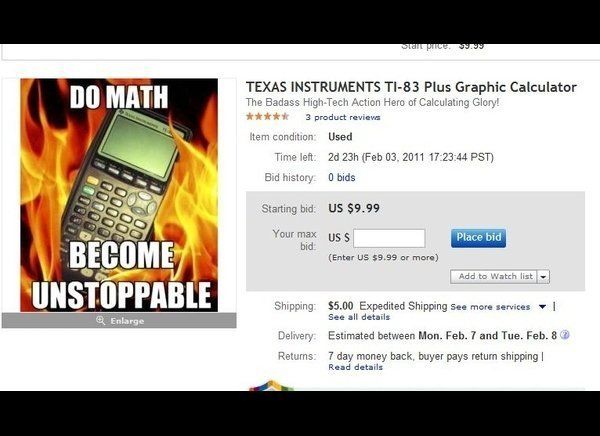