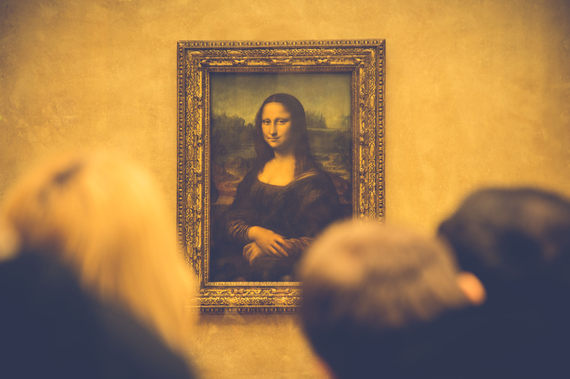 Good grades, aced tests, high IQs -- we have lots of ways to approximate someone's intelligence. These indicators are undoubtedly good at getting a general understanding of a person's ability to retain information and solve problems, but are they useful for indicating whether or not someone is a real "genius?"

First off, there is no universally accepted scientific definition of "genius." It is simply a word used to describe someone demonstrating exceptional intellectual ability. Even this is a vague understanding of the concept, as "exceptional" and "ability" are somewhat relative -- ultimately in the eye of the beholder(s).

What then, is the universal signature of genius? Rather than trying to define it through the narrow band of human uniqueness -- the traits making our species special like literacy, artistic expression, and so forth -- it might be better to think of genius as a concept existing independently of humanity. On this new playing field, genius is not determined by taking tests or possessing a high IQ. Instead, genius is calculated by how successfully an organism can adapt to changes in its environment.

Very few businesses can operate long term without changes to various parts of the system. Name an enterprise which was in operation before the year 1990 and it undoubtedly had to make a significant shift toward computer technology and the internet. These demands never stop thanks to an ever-changing market and the increasingly sophisticated nature of technology.

For example, the previously mentioned enterprise may now be struggling to coordinate resource planning among its various departments. For 20 years, it relied on a DIY, seat of its pants method of managing this information. The time has come to shop for top Enterprise Resource Planning or ERP software to reduce waste and inefficiencies. Its leaders now have to choose which of the dozens of possible solutions is right going forward.

This is where the test of genius comes into play. Presented with a multitude of options for overriding a problem or set of challenges, it's very easy to become overwhelmed and unsure of what to choose. The basis for your ultimate decision -- the factors leading to leaning toward one particular solution -- are a product of how well you grasp the demands of change.

Faced with dozens of possible courses of action, it's common to be afflicted with analysis paralysis. This tendency to overthink a major decision often leads to people falling back on their worn-out playbooks for clues on what to do next. Whether we consciously or subconsciously do it, people desire the comfortable, the familiar, the routine. Among numerous choices, the common option stands out and holds appeal. In the face of changes, the "go-to" old ways of doing things are unlikely to prove advantageous.

Those with a gift for adaptability, on the other hand, are going to sever their emotional ties to the past and actively search for information regarding what to do next. Slowly but surely, the options get whittled down to a viable, practical array from which the final choice is selected.

Finding a specific way of doing things and sticking to it is human nature. In fact, it's nature across the board; the diversity of an animal kingdom sharing the majority of their DNA with one another is a result of millions if varying ways to survive. Being afraid or otherwise resistant to changes is instinctual, as we're hardwired to walk a relatively very specific path.

However, nature repeatedly challenged its own construct with mass extinction events, where over 90 percent of life on Earth would be eradicated. Dinosaurs are the most famous example of what happens when a successful species is thrust into a new environment and cannot cope with the changes. An established company incapable of making changes to evade destructive forces is not much different.

Free will vs. free won't

The stubbornness hardwired into us preventing successful adapting to cope with changes is perhaps the true seat of our "intelligence." There is growing evidence to suggest the concept of "free will" is an illusion and we are in fact driven by the desires of a subconscious, inner version of ourselves. This is why we so often do the things we "know" we ought not to do, and procrastinate with the things we "know" need to happen to achieve our clear goals.

A theory put forward by the late Benjamin Libet, a renowned pioneer of human consciousness research, suggests the persona we associate as our "self" is not the one leading the way. Rather, we are an executive of sorts, with limited direct control over how we react to change. Libet's ideas resulted in the concept of "free won't": we have the power to veto the courses of action taken by our subconscious, but are otherwise at the mercy of our nature.

Think of it this way: intelligence is that thing inside of us making all the decisions we mostly go along with; meanwhile, genius is the ability to know when these automatic choices are worth adjusting or switching up entirely.

With all this in mind, a better understanding of "genius" starts to emerge. Can we take credit for the almost automatic way our brains take to making decisions? Calling someone a genius for test scores and grades is a bit like applauding software for doing what it was designed and programmed to perform. Predictable, routine paths of logic hinged on training and practice, while impressive, do not indicate a person's propensity for triumphing through change.

Rather, genius can be seen as the ability to break free from the predestined, comfortable route when all signs point to the need to change. It's the absorption of observations without precedent or plans. It's drawing conclusions and taking a new course of action to outmaneuver the inevitable drawbacks of staying on the same course. Everyone and everything alive today is a product of past genius and thus carries the potential for genius going forward.