Preparations are already underway for Michelle Obama's big 50th birthday next January, and two of music's biggest acts have reportedly been booked for the occasion.

An unnamed (and potentially questionable) source told the UK's Daily Mail that the first lady has asked Beyonce and Adele to perform at her party.

"America’s first lady will be holding a huge celebrity-packed party for her birthday at the White House next year and, as she adores Adele and Beyonce, she has asked them both to sing," an unnamed source told The Daily Mail. "Adele has graciously accepted and waived her usual fee for the high-profile private performance. She will sing a selection of her most-loved hits for the first lady and her friends."

Beyonce has a long-standing relationship with the Obamas. The singer famously performed at President Obama's inauguration earlier this year, and, along with her husband Jay-Z, was a major supporter of Obama during his run for presidency and reelection. Beyonce also wrote the first lady a birthday card earlier this year for her 49th. "Michelle, thank you so much for every single thing that [you] do for us," Beyonce wrote. "I am proud to have my daughter grow up in a world where she has people like you to look up to." 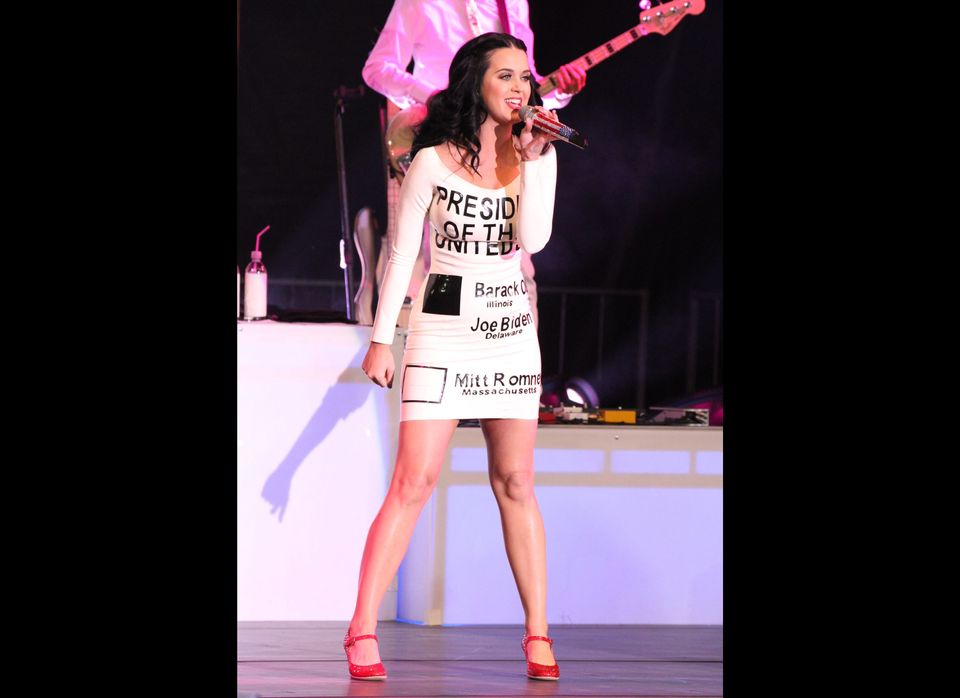 1 / 24
Katy Perry
At an October 2012 rally for President Obama, Perry wore a white dress imprinted like a ballot.
FameFlynet