Since Adele announced her pregnancy in June, the world hasn't seen much of her. No updates, no news and no sign of a baby bump -- until now.

Life & Style Weekly has the first photo of the star sporting a large baby bump in London on July 30, but her pregnancy isn't the only new thing in the singer's life. She is reportedly sporting a new ring on her finger, causing many to wonder if she and her boyfriend -- and one-time rumored fiance -- Simon Konecki, have already tied the knot.

"Adele and Simon managed to keep the baby news a secret for so long that there are rumors they've already gotten married, too," an insider told Life & Style. "She's an old-fashioned girl and can't wait to be part of a family unit. She just wants to focus on the baby and the man she loves."

And though Adele announced her baby news only two months ago, it's believed she's further along in her pregnancy than everyone thought, with rumors suggesting she's due in September.

We guess we'll just have to wait and see!

For more photos and details, pick up this week’s issue of Life & Style, on stands now. 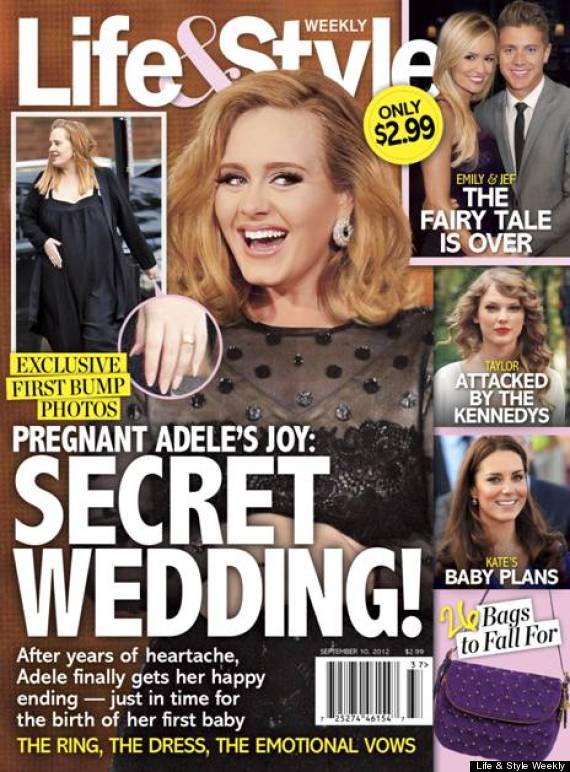