Going to an Adele concert is like watching an angel perform standup comedy and then sing you a lullaby. In between lulling the audience at Madison Square Garden (MSG) with sweet, sweet ballads on Sept. 22, the 28-year-old pop star took a moment to call out public transportation’s most annoying bro: the manspreader.

About halfway through her third concert in New York City, Adele asked the (mostly female) audience at MSG whether they had ever gotten on a bus and seen a man sitting with his legs spread wide open. She also kindly demonstrated the stance to which she was referring.

She quipped that she hadn’t been on a bus in years, but she used to ride buses in London frequently.

“The last year that I did it, I’d get on like really early, and I would just spread my legs like that as though I had swollen [pause] something.”

She then issued a PSA to manspreaders: “So, close your legs, men. OK?”

.@Adele wants manspreaders everywhere to keep their knees together. She has some very Adele like words for them. 😂 #AdeleMSG

Manspreading has received particular attention in New York City, where even the Metropolitan Transportation Authority (MTA) has taken notice. In 2014, the MTA launched a campaign requesting that men be more cognizant of the ways that they may take up space on subway cars and buses.

Adele, on behalf of women everywhere, we thank you for lending your angel voice to this cause.

Even Adele Is Annoyed By Manspreaders
Adele Emoji 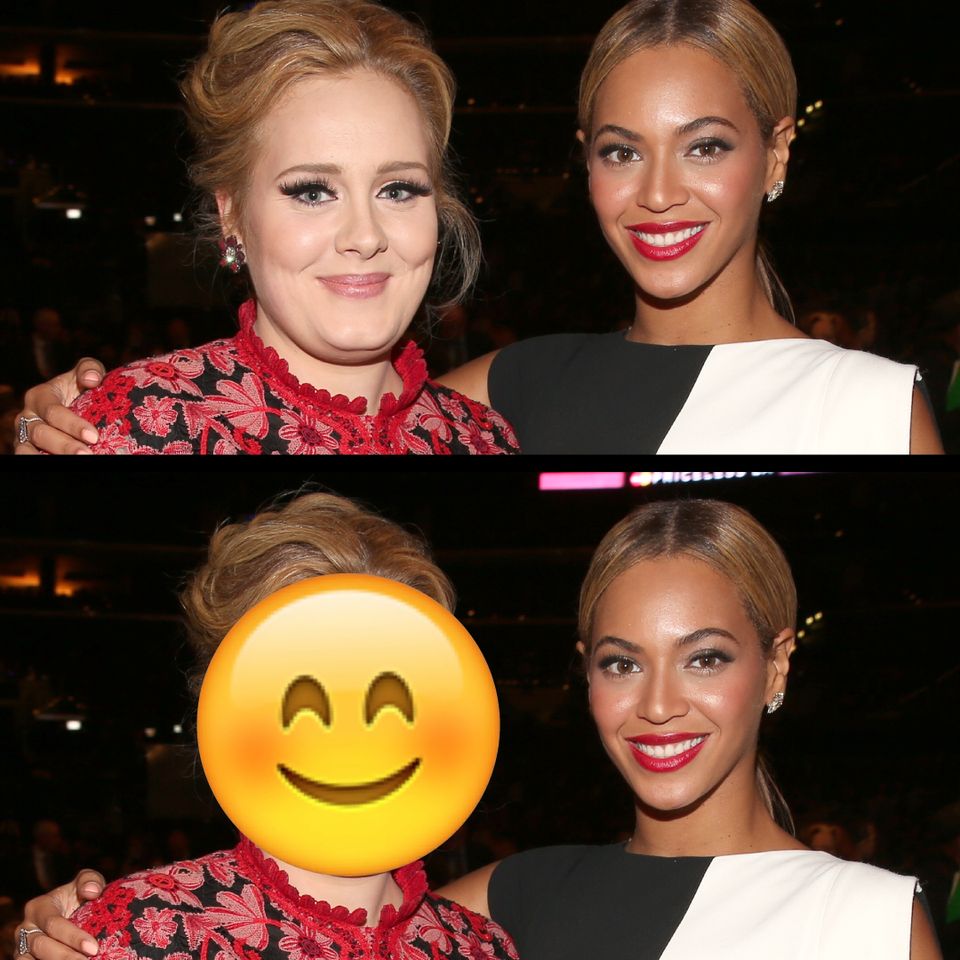