Don't bother Adele with questions about her weight. She has Grammys to win.

The British pop star covers the new issue of Rolling Stone, opening up about both her music and all the questions about her weight. She also talks about her difficulty performing in front of audiences.

"I'm scared of audiences," she tells the magazine. "One show in Amsterdam I was so nervous I escaped out the fire exit. I've thrown up a couple of times. Once in Brussels I projectile vomited on someone. I just gotta bear it. But I don't like touring. I have anxiety attacks a lot."

She probably shouldn't worry; her record, 21, is set to retake the number one slot in the charts, pushing Britney Spears' Femme Fatale down to second.

As for her weight, to her, it is a non-issue.

"My life is full of drama and I won't have time to worry about something as petty as what I look like," she tells the magazine. "I don't like going to the gym. I like eating fine foods and drinking nice wine. Even if I had a really good figure, I don't think I'd get my tits and ass out for no one."

Not that she minds if other stars show some skin. 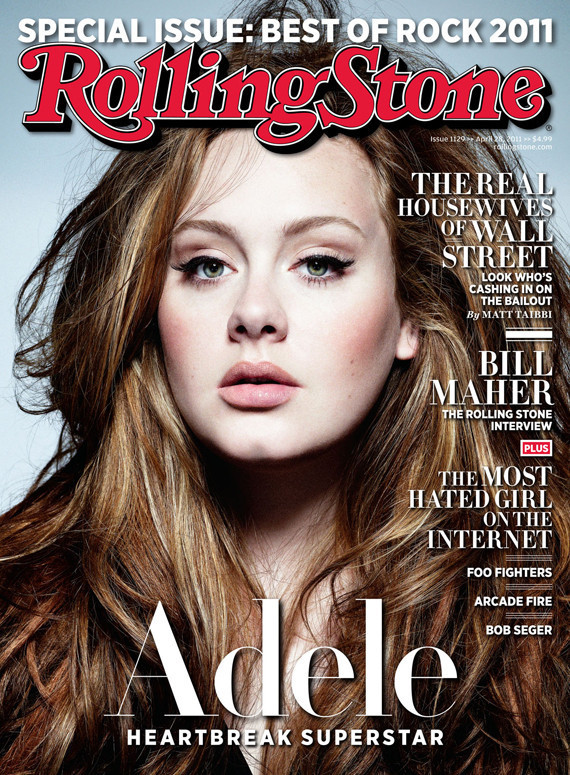