In an era marked by electronic, sexed up pop-art "statements" and superstardom for its own sake, Adele stands out by slumping back, the unplugged organ in the neon glow room, silent if not for the entrancing call she croons out, hooking into the hearts of suddenly self-aware crowd.

The unlikely popstar, the genius poet of heartbreak, has taken the music world by storm, her throwback sound and soul capturing the hearts of listeners worldwide. Her first album, "19," and hit single, "Chasing Pavements," won her two Grammys, and her new record, "21," filled with the smoothed and cradled anger that resulted from a failed relationship, have her dominating the Billboard charts like few artists have done before.

But here's the catch-22 of success: this new level of fame comes as a result of the great art that came from heartbreak, and as her lyrics show, she'd have done anything to avoid that pain. And those words don't just capture a moment in time, not just the immediate regret of a failed relationship. As she tells Out Magazine, she'd still do anything for that relationship, that love of her life to have worked out -- even give up the resulting fame.

"I don't think I'll ever forgive myself for not making my relationship with my ex on 21 work, because he's the love of my life," she says, before adding that she would have been willing to give up everything for him. Everything? "Well, I would still be singing in the shower, of course, but yeah -- my career, my friendships, my hobbies. I would have given up trying to be the best."

If Adele writes best when she's confused about love, or upset that what she has is not working, it seems there could a lot more hit records on the way, as it may be tough to find what she had with her ex-boyfriend.

"He was my soul mate. We had everything -- on every level we were totally right. We'd finish each other's sentences, and he could just pick up how I was feeling by the look in my eye, down to a T, and we loved the same things, and hated the same things, and we were brave when the other was brave and weak when the other one was weak -- almost like twins, you know--and I think that's rare when you find the full circle in one person, and I think that's what I'll always be looking for in other men."

Perhaps, though, she'll look for a man with a great sense of financial dignity; her ex wants a cut of the "19" royalties, claiming that he was integral to the production: it was their terrible relationship inspired the music.

For much from Adele, including her take on fame -- it makes her uncomfortable -- and songwriting, click over to Out Magazine. 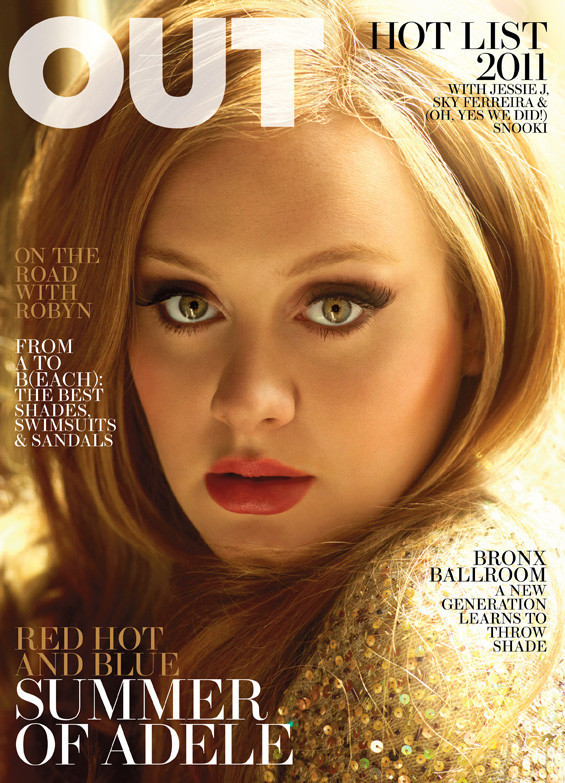