Adjunct college instructors are caught in purgatory as their employers, which have increasingly relied on them as a cheap source of labor, decide if they will restrict the hours the instructors are allowed to work to avoid providing them with health insurance.

Only about one-fourth of colleges have decided on criteria for determining whether a part-time faculty member is working 30 hours or more a week, and thus will be entitled under Obamacare to health insurance coverage from the school, according to a survey released this week by the College and University Professional Association for Human Resources. But a wave of colleges have announced new restrictions this year on the hours that adjunct, or part-time, faculty members are allowed to work.

No survey respondents said they believe the Affordable Care Act will cause their insurance costs to go down, but 40 percent said they expect those costs to stay the same. The survey looked at 626 institutions, almost equally split between private and public schools if the multiple institutions covered by public college systems are added up.

The good news is that close to half of the institutions do not plan to alter their use of part-time faculty due to Obamacare, the survey found, although two-thirds are still laboring over the criteria they will use to determine if those instructors are indeed working 30 hours or more.

Most adjuncts work without benefits, at an average of $2,900 per course, according to the Service Employees International Union. That's one-fourth of what tenure-track professors earn. Adjunct faculty make up a majority of the higher education workforce -- a reversal from 1969, when tenure-track professors constituted 78 percent of colleges' instructional staff.

Despite a one-year delay in the employer mandate recently announced by the Obama administration, colleges that did announce restrictions on adjunct work hours have not similarly delayed the new limits.

"We were kind of happy that there was this moratorium imposed," said Maria Maisto, president of the adjunct advocacy group New Faculty Majority, "but it's only going to be useful if the colleges engage with adjunct faculty and talk to them and understand the nature of adjunct faculty work."

Among the colleges taking steps to ensure adjunct instructors and other part-time employees will stay below the 30-hour-per-week level is St. Petersburg College, a public institution in Florida.

Providing benefits for part-time employees and instructors would amount to about $8,100 each, for a total cost of millions, said Doug Duncan, senior vice president for administrative and business services at St. Petersburg. The school said it had to enact the limit now because of the one-year "look back" period that employers use to track average hours worked by their employees.

"We hated to take that step for many reasons, but we simply do not have the funding to take on that additional expense," Duncan said.

Many of the colleges cutting hours for adjunct faculty are public institutions, which are by and large underfunded despite enrollment growth over the past decade. That's no excuse though, Maisto said, because "one of the responsibilities is for [college] leaders to make the case to legislators for funding higher education."

Colleges also complain they haven't received any guidance from the Internal Revenue Service on how to figure adjunct work hours, only the warning to calculate them using a "reasonable" method.

The University of Akron, for instance, has not made any final decisions and is consulting with its legal counsel while awaiting IRS advice, said spokeswoman Laura Martinez Massie. But for now the Ohio public institution is scheduling part-time faculty to teach only up to eight credit hours per semester.

The University of Akron employs about 1,000 part-time faculty, representing 56 percent of its teaching faculty, according to Massie. The school determined it would cost $4 million to cover insurance for 400 of those instructors who currently work 30 or more hours a week.

Philadelphia University, a private school, will restrict adjunct faculty to working fewer than 30 hours per week, effective Jan. 1, 2015. However, spokeswoman Debbie Goldberg said this will affect only a few instructors since the majority already work below that limit.

Adjunct faculty, who often don't have a union or tenure to protect their employment, haven't taken the threat or reality of cuts sitting down. The lack of health insurance has helped fuel a movement, with SEIU help, to unionize adjuncts in Boston. In New Hampshire, faculty have protested against limiting the workload of adjuncts to roughly 27 hours a week at community colleges.

Maisto said being vocal with demands for better compensation is necessary because "we don't have any illusion they'll do it without any pushing." 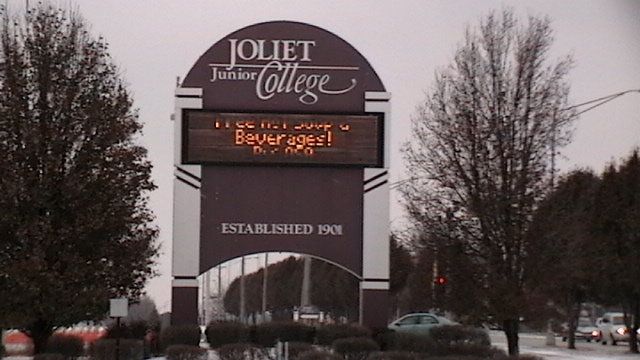