Being a Holocaust denier is one thing, but simply never having heard of the Holocaust is something the Anti-Defamation League wanted to explore with its recent survey.

The ADL published a survey Thursday on the attitudes toward Jews in over 100 countries. Its findings concluded that 54 percent have heard of the Holocaust, 35 precent have never heard of it, and 32 percent believe it is either a myth or has been greatly exaggerated.

Michael Salberg, the ADL's International Affairs Director, said the results were both surprising and upsetting, and thinks there are some important questions that need to be asked now.

"I also think it’s important to understand why, not just from a self-interested Jewish historical and present-day perspective, why awareness of the Holocaust and its accuracy is important.... The fact is that genocide continues to be committed and so there are important lessons to be learned from this incredibly horrific history and a policy to an industrialized, mechanized approach to eliminating a people -- people who didn't have an army, who didn’t take up arms against the country that they lived in, who are identified for extermination simply because they were Jewish."

ADL Survey: Why Have So Many People Never Heard Of The Holocaust?
Holocaust Remembrance Day March 2014 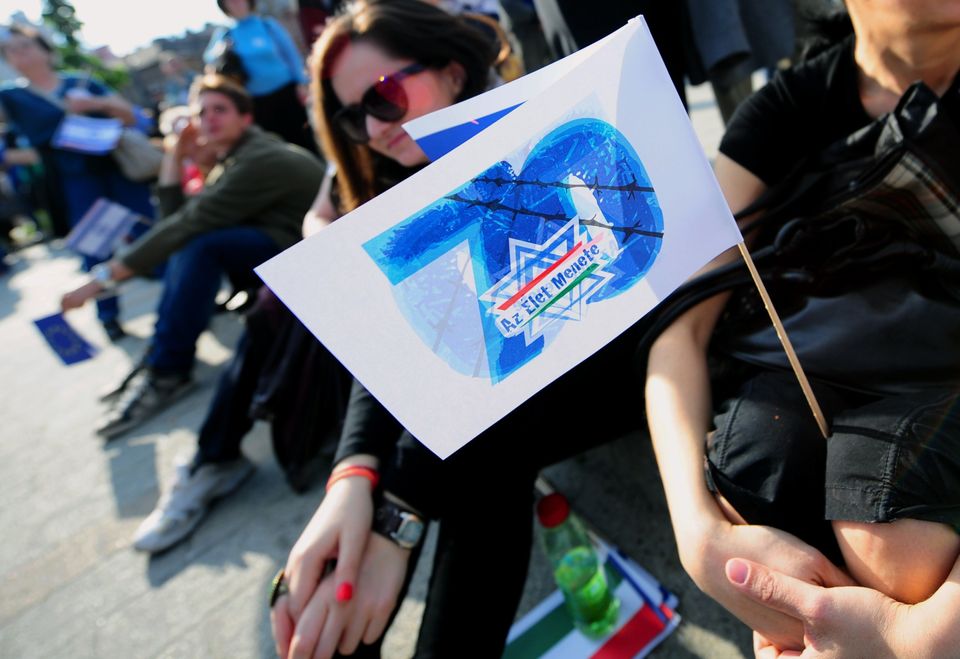 1 / 10
Hungarians and foreigners sit on the pavement with a flag with a text '70 - March of the Living' in Budapest on April 27, 2014 during the a march commemorating the 70th anniversary of the Holocaust to dedicate for hundred thousand victims, who were deported to Auschwitz and Buchenwald concentration camps after June 1944. (ATTILA KISBENEDEK/AFP/Getty Images)
Getty Images