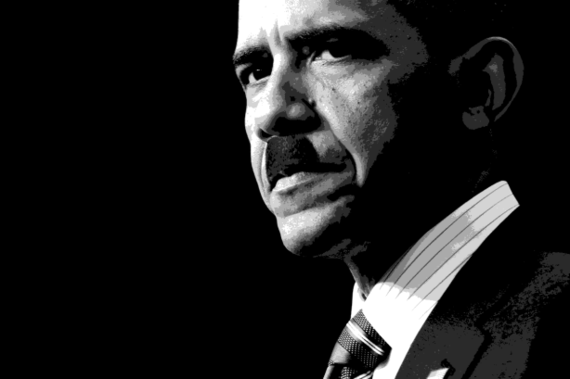 Let's be honest, in the era of blogging and social media everyone with a smartphone is a freelance journalist. From Twitter feeds to Facebook timelines, we're submerged in an online sea of news. Being inundated by a constant wave of new information leaves readers susceptible to misleading content or desperately searching for credible substance. In the past, we relied on traditional media to deliver first-class journalism to our television or doorstep. That relationship has since been strained. Beyond the impact of the internet, the quality of reporting has become subpar to say the least.

For example, a few days ago The Washington Post published an article entitled "Gallup: Life got better for pretty much everyone under Obama." That statement is disingenuous, if not a boldfaced lie. The article goes on to support its assertion claiming that a recent Gallup report revealed in 2008 fewer than half of Americans (48.9%) said their life was good enough to be considered "thriving," compared to 55.4% of Americans in 2016. It's these types of contrived articles, by major news outlets, that make Americans lose all faith in the mainstream media. I'm a proud two-time Obama supporter but my God, if you can't produce a higher thriving percentage today than in 2008--when the nation plunged into a deep recession--how awful would the Obama presidency had to have been?

As much as Black America would like to stand in solidarity with President Obama, it's imperative that we keep him honest. Let's honor his legacy not eulogize it with hyperbole. Let's not reduce him to a fascist dictator no greater than Adolf Hitler, who's too unstable to handle honest constructive criticism. The reality is that President Obama inherited a country entering into one of the worst economic crisis in recent history. He along with his surrogates use every public opportunity given to point out that fact--as they should. However, one cannot use the same crisis to self-handicap as well as self-promote--there's no having your cake and eating it too. If you argue that the headwinds of a country recovering from a recession prevented you from making greater strides as president, you cannot turn around and take credit for a higher thriving percentage today compared to the same recession. It's disingenuous. However, President Obama didn't make the claim, The Washington Post did.

Anyone who actually opened the article would certainly look at it with a side eye. But for the passive reader, who scrolls and only pays attention to headlines, somewhere tucked away in his memory bank will reside the fraudulent belief that "life got better for pretty much everyone under Obama." He may even be inclined to use this anecdotal evidence in a debate to defend his beloved president. But he would be wrong. Life didn't get better for everyone--especially Black Americans.

Ironically, the indicators of growth and mobility (e.g., percent below the poverty line [1] [2], percent who own homes [3], real median household income [4] [5]) suggest that the ills of Black America have worsened instead of improved under the administration of our first Black president--with the exception of unemployment. While the unemployment rate has dropped precipitously [6], food stamp participation has exploded [7]. In aggregate, these statistics suggest that while more Black Americans are back to work, the wages earned leaves many families living below the poverty line.

Despite his broader successes, President Obama has failed to improve the material conditions of Black Americans during his tenure. Any suggestions to the contrary is inaccurate. Obviously, beyond the recession, deliberate obstruction from Republicans limited his ability to affect change. However, in these instances (e.g., Obamacare, gun control), President Obama made it clear to the public that Congress had his hands tied, but that he would fight relentlessly to the bitter end. Win or lose, that's the type of fight I was hoping for out of the first Black president for the Black community.

In our hometown of Chicago, there are specific problems in the Black community that require deliberate actions. With the exception of the My Brother's Keeper initiative (which provided no additional federal funding to implement at the state level), President Obama has taken the "rising tide lifts all boats" approach and chosen not to focus specifically on Black Americans, rather than push for a task force and funding to combat some of the social problems that's perpetuating the high crime in urban Black communities (fatherlessness, education disparities, teenage pregnancy, employment discrimination). As the Commander-in-Chief, he is well within his rights to do so, but when we discuss his legacy let's speak the whole truth. No need to embellish, he's leaving office not dying.