A California stay-at-home mom just got some really good news. Adonna Khare, an elementary school art teacher who left the field to start a family, is $200,000 richer after taking first place this weekend in Art Prize, a populist competition held annually in Michigan.

Khare won for an expansive mural titled "Elephants." She brought the drawings to hang in the Grand Rapids Art Museum last month and worked on them until the last minute, according to the LA Times, ending up with an entry 13 feet tall by 40 feet long. On Khare's Art Prize profile, she lists her tools as "the pencil, the eraser and a sock." She also says the drawings that made up the mural were "not pre-planned," and as a result, "are inexplicable tied together, often not by choice." (Click here to see "Elephants")

The mural's seemingly random vignettes actually stand in for Khare's personal experiences. One, an orangutan hooked up to medical equipment, references a nephew with diabetes, "and what it means to inflict pain in order for somebody to survive," Khare told the Times.

In all, ten people won the public Art Prize vote and six took home jury awards, totaling $560,000 in prize money. (For those following the drama, Kim Ott-Grey, the dentist whose brain tumor excision resulted in an interest in painting, did not win.)

Khare's $200,000 represents the largest award of the lot. She's using her winnings as a cushion in both senses of the word, she told the Times -- as a financial buffer that will allow her to practice art again, and as a wayto buy an actual mattress.

CLICK through the slideshow below for a selection of Khare's work:

Arts Art In America On Our Radar 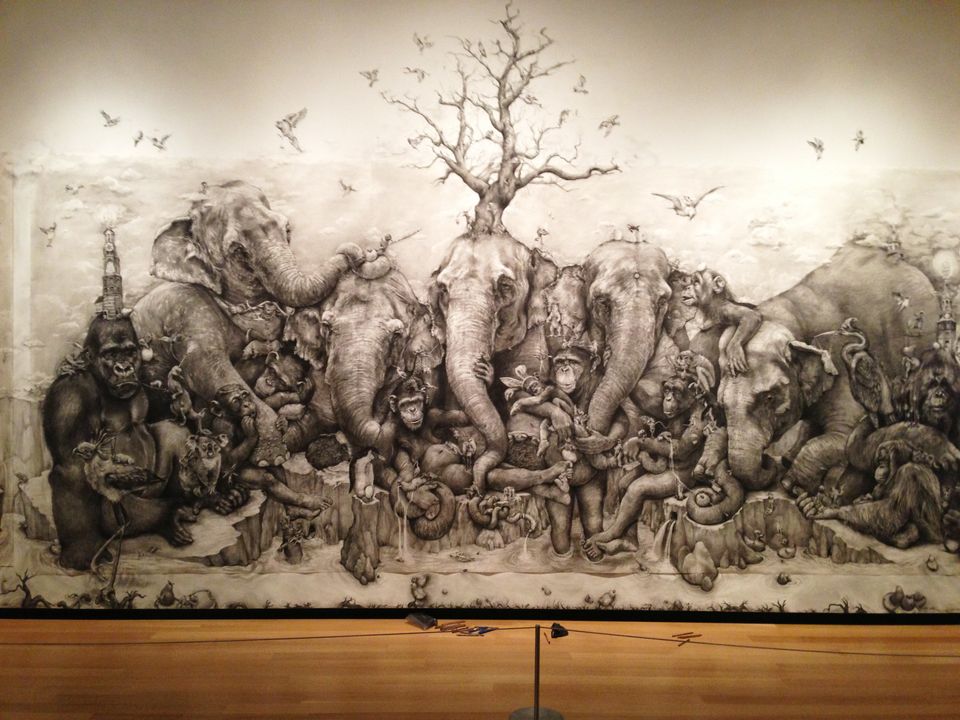