Thanksgiving has traditionally been focused on turkeys, but one group is trying to change that focus from dead to alive. Farm Sanctuary has partnered with a number of celebrities, including Ellen DeGeneres, to raise awareness for the plight of commercially-raised turkeys through its Adopt-A-Turkey Project.

The animal protection organization reports that over 46 million turkeys are killed annually just for Thanksgiving, and they are encouraging individuals to make a small donation to "adopt" a turkey this holiday instead. According to Farm Sanctuary's website, the $30 spent to "adopt" a turkey who lives at their shelter for farm animals "will not only contribute funds for the care of the rescued animals at our sanctuaries but also help us educate and advocate for turkeys, and other farm animals, everywhere." Another option offered is to home-adopt turkeys after ensuring that proper lifelong care will be provided.

The president will also save two turkeys this year, but many more will be killed for Thanksgiving feasts.

The animal rights organization PETA reported in a 2008 undercover investigation at the factory farms of Aviagen Turkeys, Inc. that workers tortured and mutilated turkeys before killing them. The report claimed, "Employees stomped on turkeys' heads, punched turkeys, hit them on the head with a can of spray paint and pliers, and struck turkeys' heads against metal scaffolding. Men shoved feces and feed into turkeys' mouths and held turkeys' heads under water. Another bragged about jamming a broom stick 2 feet down a turkey's throat."

The group has produced an emotional ad campaign for Thanksgiving this year, asking viewers, "Kids: If You Wouldn't Eat Your Dog, Why Eat a Turkey?" PETA also grabbed attention by suggesting the town of Turkey, Texas rename itself "Tofurky."

For many animal advocates, it's not just the killing of turkeys for Thanksgiving that's upsetting. Factory farming has also drawn criticism for animal mistreatment and related sicknesses.

Nil Zacharias, co-founder of One Green Planet and HuffPost blogger, wrote, "The truth is not only do factory farms lead to the mistreatment, suffering and death of billions of animals every year, but they also cause soil contamination, loss of biodiversity, greenhouse gas emissions and land, energy and water wastage."

There are various ways that you can be a turkey advocate this year, from adopting an animal to looking for certain labels. Click here to learn more about adopting a turkey.

Below, check out the celebrities who are supporters of the Adopt-A-Turkey Project, and see what they had to say about eating turkeys this year. Captions courtesy of Farm Sanctuary. 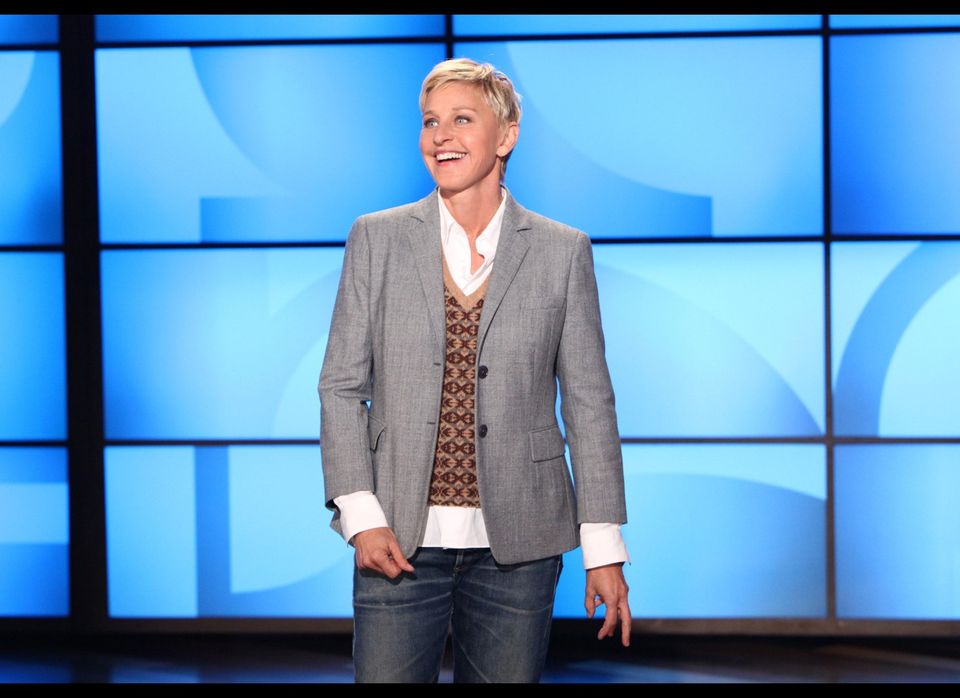 1 / 14
Ellen DeGeneres
"Did you know that every year between 250 and 300 million turkeys are bred for slaughter in The United States? More than 46 million for Thanksgiving alone. So, this Thanksgiving, instead of eating a turkey please join me in adopting one, from Farm Sanctuary's Adopt A Turkey Project and you can give a turkey something to be thankful for." - Ellen DeGeneres, Farm Sanctuary's 2011 Adopt-A-Turkey Project spokesperson
AP