When most people think of adoption, they think of the joy of a child in need being welcomed with open arms by those who longed for a child. Like a fairy tale! And when we think of trauma, we think of losing limbs, or eyesight. We think of war ...

For many, especially for the new parents, adoption is usually "happily ever after." But not for all. Rather than the mythical win-win, adoption creates winners and losers, with many experiencing both a "win" and a "loss" because even the most loving, caring adoption begins with separation and loss. 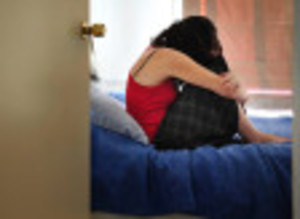 As an adoptive parent, I believe that adoption is all about gains and losses, joy and grief, a balance that shifts often throughout life. I also believe if we took a deep breath and viewed adoption as trauma--trauma that can be overcome, trauma that some people may experience to a small or large degree--we would be better able to help adopted children heal and grow healthy, sooner [rather] than later. I think we adoptive parents need to acknowledge trauma as part of adoption, not only for our children, but also for their first mothers (and fathers and grandparents and perhaps siblings.)


Adoptive mother Nancy Newton Verrier describes the trauma of being separated from the voices, rhythms, and smells of the womb as The Primal Wound. Bryan Post, Attachment Parenting Blog, writes:

"Whether adopted from birth or later in life, all adopted children have experienced some degree of trauma. Trauma is any stressful event which is prolonged, overwhelming, or unpredictable. Though we are familiar with events impacting children such as abuse, neglect, and domestic violence, until recently, the full impact of trauma on adopted children has not been understood. ...

"Scientific research now reveals that as early as the second trimester, the human fetus is capable of auditory processing and in fact, is capable of processing rejection in utero. In addition to the rejection and abandonment felt by the newborn adoptee or any age adoptee for that matter, it must be recognized that the far greater trauma often times occurs in the way in which the mind and body system of the newborn is incapable of processing the loss of the biological figure. Far beyond any cognitive awareness, this experience is stored deep within the cells of the body, routinely leading to states of anxiety and depression for the adopted child later in life."

In the decades since Vietnam, we have learned that post-traumatic stress disorder (PTSD) is not only a result or by-product of war. The term is now used to diagnose survivors of rape and other abuse. The American Psychiatric Association (2013), Diagnostic and Statistical Manual of Mental Disorders (5th ed.) defines PTSD as:

"a mental disorder that can develop after a person is exposed to a traumatic event, such as sexual assault, warfare, traffic collisions, or other threats on a person's life."

For the adoptee, adoption is a trauma of loss and separation that can result in PTSD. Mothers who lose children to adoption also experience a trauma that can cause PTSD, but in addition they experience "moral injury."

Benjamin Sledge (storyteller, veteran and self- proclaimed "creative liar") authored a gripping piece entitled "The Conversation About War and Our Veterans We Refuse to Have."

"The guilt and moral tension many veterans feel are not necessarily being dubbed as Post Traumatic Stress Disorder (PTSD) any longer, but Moral Injury. Moral Injury refers to the emotional shame and psychological damage incurred when a soldier has to do things that violate their sense of right and wrong. Shooting a woman or child. Killing another human. Watching a friend die."

The U.S. Department of Veterans Affairs recognizes moral injury and states that:

In terms of the aftermath of moral injuries, transgressive acts may result in highly aversive and haunting states of inner conflict and turmoil.

Reading Sledge's article, and his use of the term "moral injury" to describe "the emotional shame and psychological damage incurred when a soldier has to do things that violate their sense of right and wrong," I was reminded of an essay I wrote back in 1983 which was later included in my first book, Shedding Light on...The Dark Side of Adoption, published in 1988. It appears here (with some slight edits). I wrote then about mothers of the 60s who lost children to adoption (in a time dubbed the Baby Scoop Era for the sheer quantity of babies placed) and veterans of the Vietnam War.

Let me state unequivocally that this comparison is NOT intended to suggest that losing a child is equal to risking one's life on the battlefield or suffering the guilt and shame of atrocities such as killing people, including women and children. I mean no disrepsect and do not wish to be misconstrued as diminishing the gravity of the horrors that our brave veterans endured and suffer still. It is meant only to compare the scars both kinds of events leave on the soul as a result of being asked to do the unthinkable, particualry in an unpopular war fought not totally by volunteers.

VIETNAM VETS AND BIRTHMOTHERS
Vietnam vets and birthmothers. What could they possibly have in common? A lot!

The vets were young at the time, seventeen, eighteen, nineteen, twenty. Birthmothers are generally young, too.

Most veterans didn't even think about what they were getting into. Besides, their alternatives were bleak--leave the country?

Many of us birthmothers were given no alternatives at all--give up your baby or don't come home.

Young soldiers went on what they believed to be a noble mission--defending their country. To counteract the fact that killing and maiming are against human nature, they were told that they were killing in the name of peace, freedom and the American way.

We were told that if we really loved our babies and wanted what was best for them, we would give them up to people who could provide better homes for them than we could. Though it is against every act of nature and a violation of our inborn maternal instinct to give away that which we carried and nourished inside our wombs for nearly a year--we were told it would be selfish not to.

If the young men refused to go they were called cowards, draft dodgers. They would have been ridiculed by their countrymen, permanently blackballed and possibly even jailed. If we tried to refuse to surrender, we were called selfish and unfit parents. Many of us would have been disowned by our families and/or possibly have had our parental rights severed by the courts.

So they went. They did the "noble" thing.

We surrendered. We did the "right" thing.

They returned to find less than a hero's welcome. Far from saviors, they were called killers by many. We are not applauded for our sacrifice either, but looked upon with scorn and disgust by friends and neighbors.

They can never put their experience behind them; some experience flashbacks. Like them, we can never forget; we experience anniversary reaction and delayed grief syndrome.

Like them, no one can truly understand our suffering except another who has lived through it. Like them, we are now ready to come out of our closets and make the world understand us.


Now, thanks to Sledge and Navy psychologist Amy Amidon, we have the term "moral injury" that goes beyond the lifelong, irrecoverable grief described and here.

Mothers who are pressured or convinced to go against their maternal instinct and commit an otherwise immoral act, albeit presented as a noble and selfless act, bear deep, painful scars of shame and disgrace. http://www.huffingtonpost.com/mirah-riben/the-trauma-of-mothers-who-have-lost-children-to-adoption_b_6919982.html

Adoption wounds. It wounds the souls of the children and their mothers and fathers who are torn apart in order to form new families. We also know now that trauma passes genetically to future generations. It behooves us, thus, to work to reduce adoption trauma as we might seek to reduce war trauma. Find other solutions. To avoid war and its everlasting toll, we must work harder on peaceful negotiations and financial reprisals. To avoid adoption trauma, we need to work harder on family preservation and to provide resources for families in crisis.