If you think you have weird sleeping habits, you're not alone. Meet Phoenix: a one-and-a-half year old Nova Scotia Duck Tolling retriever who has been sleeping in the quirkiest positions since she was a puppy.

"For whatever reason, the breed seems to love sleeping this way. I know her mother is known to do it as are her two brothers (one of which, Paco, is featured in the double Toller belly photo below)," owner Kelley Gibson told The Huffington Post. "She took quickly to the top of the couch. She tends to start out on her side and then let out a big, dramatic groan as she assumes her favorite position."

But, Phoenix doesn't just assume these positions when sleeping; she plays with her toys or chews on bones like this, too, noted Gibson.

Regardless of the reason for Phoenix's behavior, she looks adorable in the process, and her owners enjoy it. "I also love that we typically wake up to her belly up above our heads on our pillows as well as the one when she was in heat (which explains the purple underwear in that one)," Gibson said.

Take a look below to see Phoenix in action, and if you just can't get enough of weird sleeping dog photos, you can find more here. 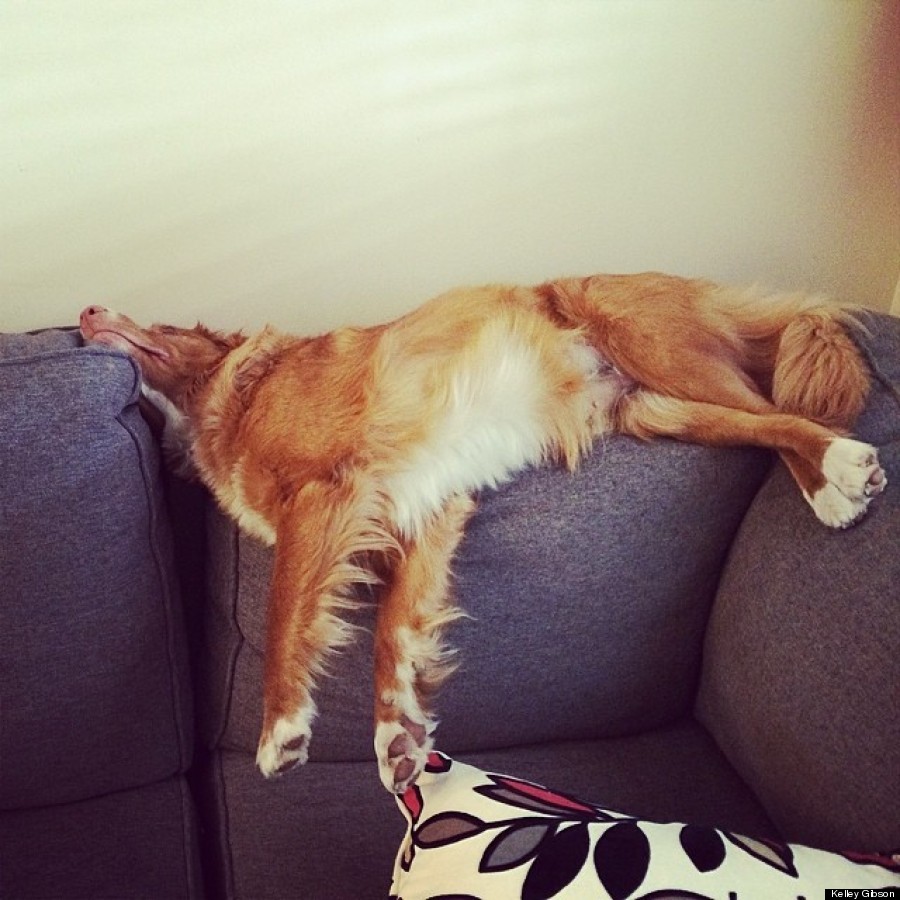 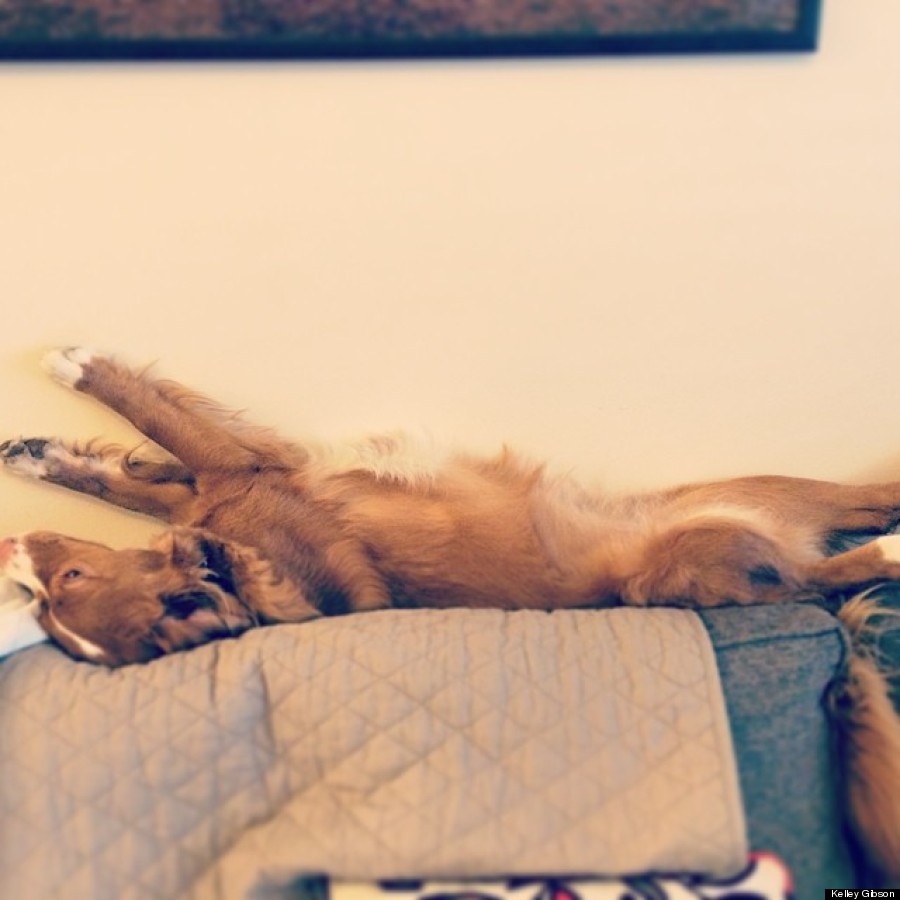 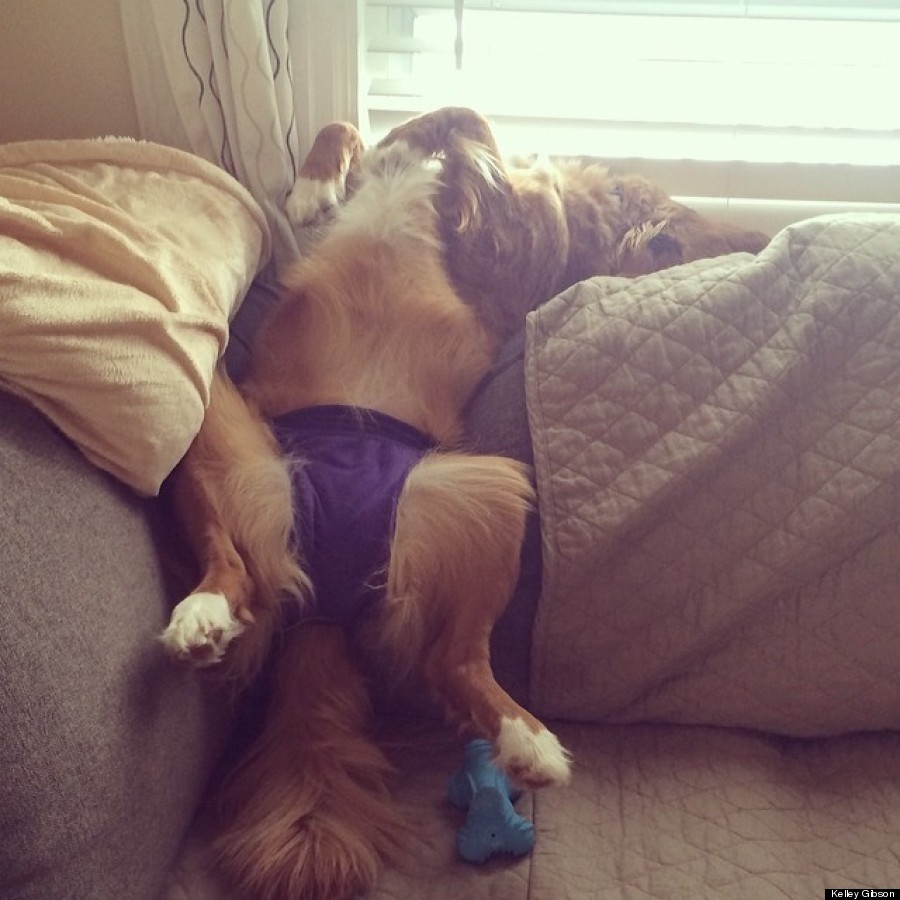 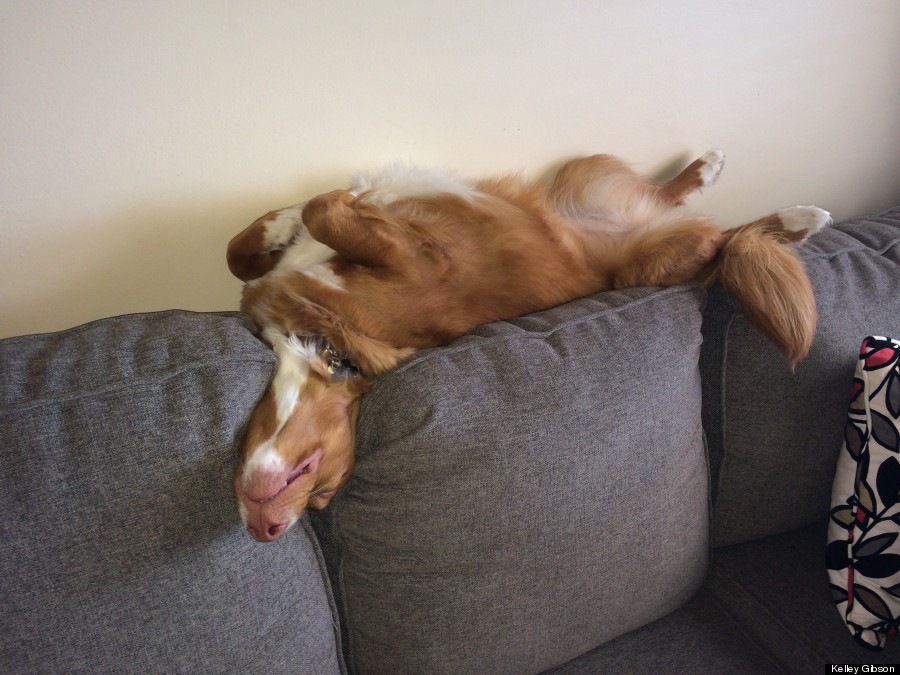 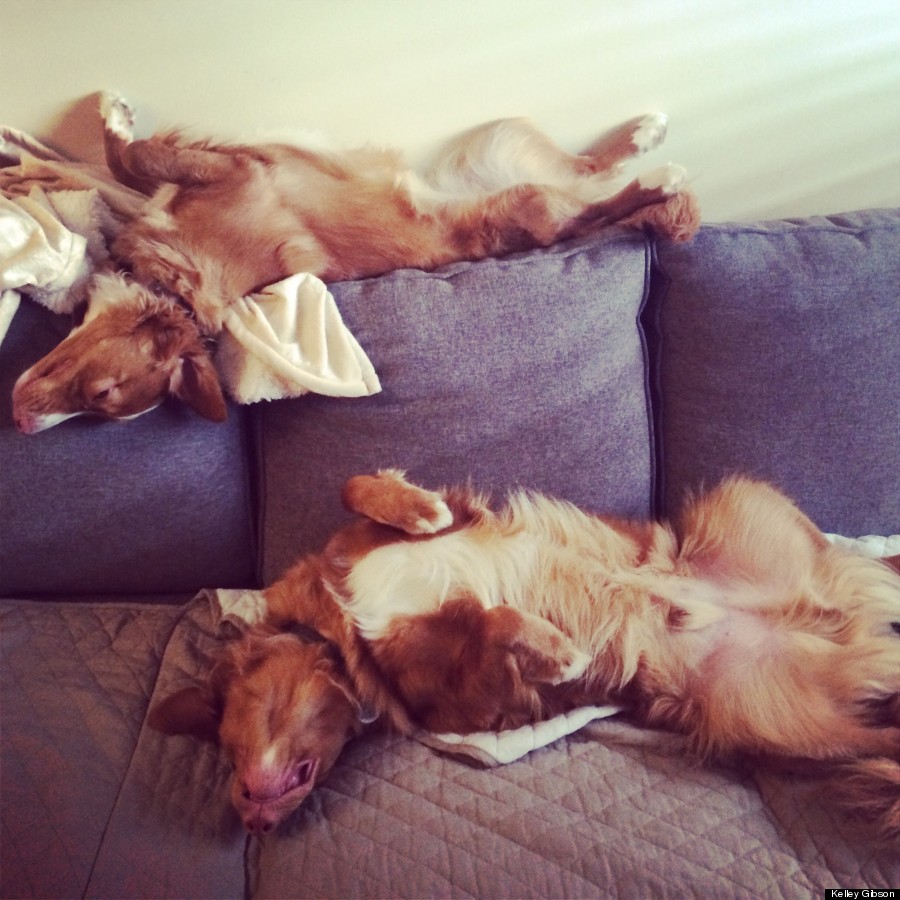 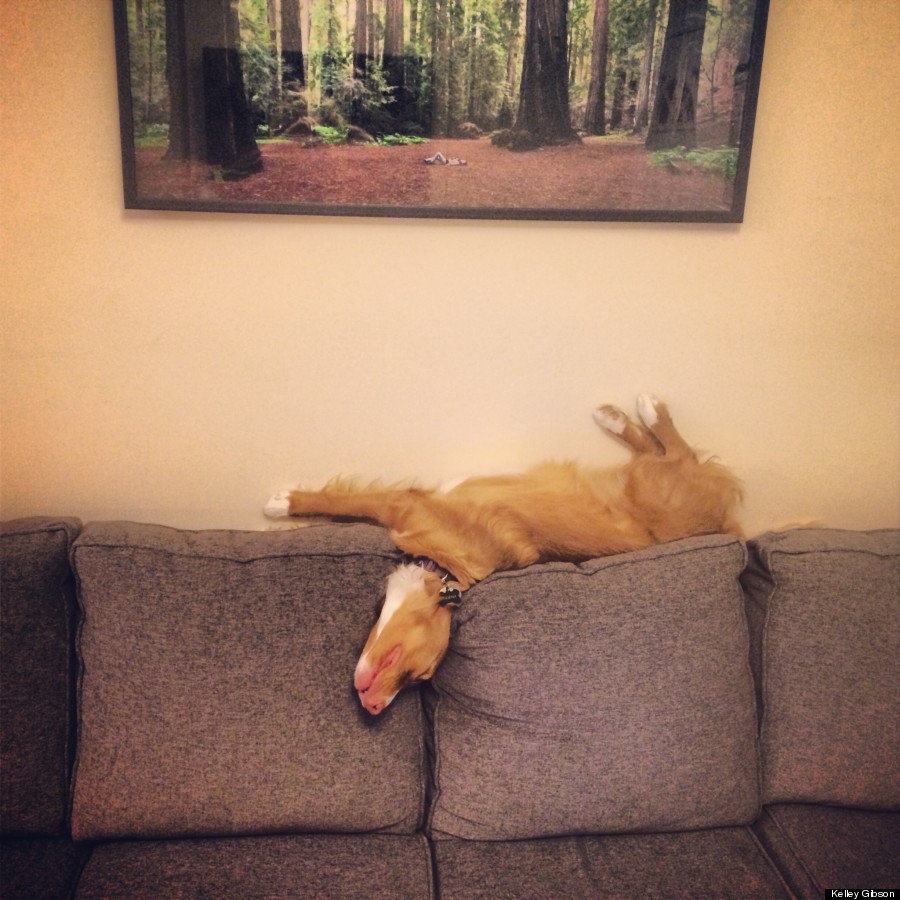 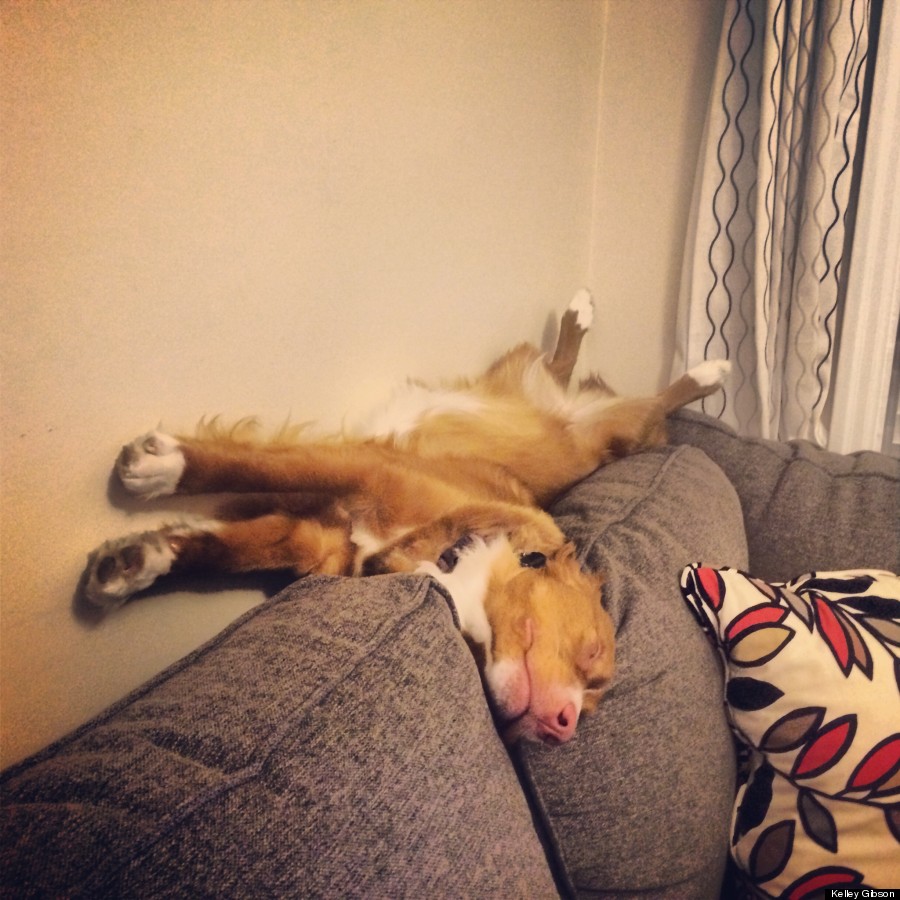 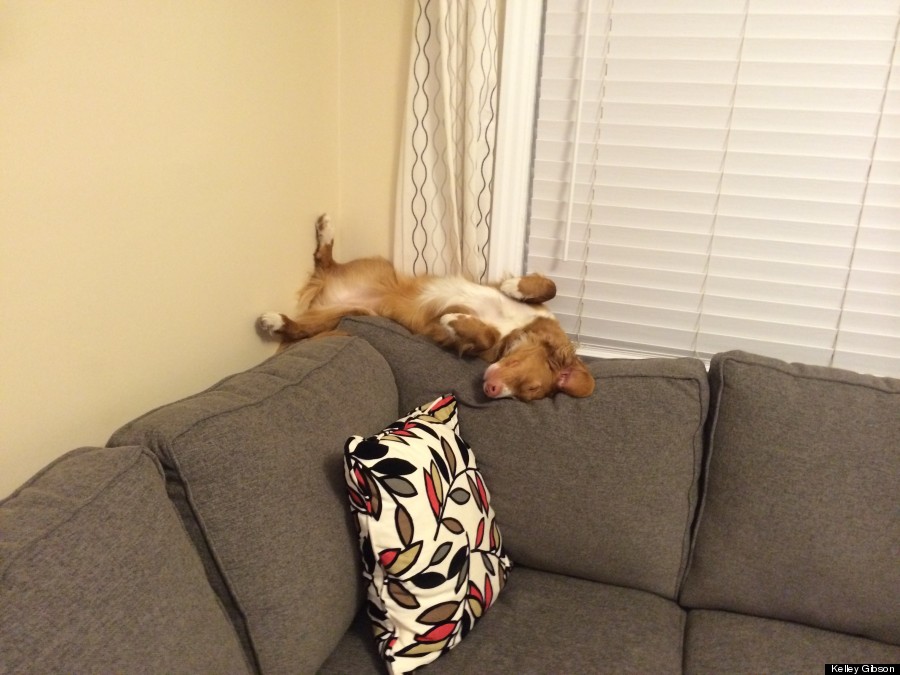