Adrian Grenier laughed when it was suggested that maybe he should run for political office. Not that he doesn't have politics on the mind: The "Entourage" star produced the new documentary "How to Make Money Selling Drugs," an often infuriating look at the failed drug war in America. The film (out June 26 in select theaters and available now via video-on-demand services) was directed by Matthew Cooke, Grenier's long-time friend and a co-collaborator on Grenier's own documentary, "Teenage Paprazzo," along with Bert Marcus.

"Matthew had several ideas and they were all up on this idea board, and the one that stuck out was this title: 'How To Make Money Selling Drugs,'" Grenier told HuffPost Entertainment in a recent interview. "It became clear that this was the film we had to make because it was not only so important, but also because of the way Matthew wanted to cut through the apathy with something new and exciting and fresh by using the language of pop culture."

Featuring appearances by Curtis "50 Cent" Jackson, Susan Sarandon, "The Wire" creator David Simon, real-life drug dealers and Huffington Post editor-in-chief Arianna Huffington, "How to Make Money Selling Drugs" presents its points about the drug war in a way that recalls "Grand Theft Auto" or "Mafia Wars." Audiences are walked through "levels," where they can go from being a low-level drug dealer to a kingpin. (More about the film can be found in a series of Huffington Post blogs written by Grenier, Cooke and Huffington, among others.)

"A vast majority of people are relatively ignorant to the realities. They go about their day with the presupposition that drug dealers are bad and evil and they should be locked up," Grenier said. "They don't even think twice because of the 'War on Drugs' propaganda machine. But it's the 'War on Drugs' that's the problem; it's more damaging than the drugs themselves."

"How To Make Money Selling Drugs" puts a sympathetic face on drug dealers and users, many of whom, the film contends, are forced into that life because of the economic realities of their neighborhoods. "How To Make Money Selling Drugs" also explains the frustrating disparity between races when it comes to punishment: African-Americans are 10 times more likely to be incarcerated for a drug-related crime than whites, despite the fact that whites are five times more likely to use drugs.

"I grew up in the '80s and I heard Nancy Reagan tell me to just say no," Grenier, 36, said. "But what if I say yes? What if I happen to make that mistake? Does that mean I'm a criminal now? There are a lot of ironies to the messaging of the drug war that I took for granted. It was absorbed into my subconscious. Now I'm in my 30s and I'm having that revelation. It's scary, but I guess that's the nature of revelations."

Grenier blamed both the "pop media, where every drug dealer is evil" and advertisements for drugs like Vicodin as part of the problem. According to the star, President Barack Obama has dropped the ball as well.

"Obama's a mystery to me, in many ways. His rhetoric is so bold and he does reflect a lot of what I would like to see changed in this country. But his tactics are very subtle," Grenier offered. "It seems like there is a lot contradiction between his actions and his rhetoric. But that's politicians for you, I guess? On some level, I understand he has to be diplomatic and play the political game, but I'd like to see him be a little bolder on this topic. The fact that we're still using SWAT teams to raid houses and the fact that minorities are still being incarcerated more than white people for crimes that white people commit more is just unacceptable."

That said, Grenier is ultimately confident things will change for the better "because we're talking about it."

"It may be frustrating," he said, "but I think that collective momentum is going to put a lot of pressure on the people who can make these laws go away."

More on "How To Make Money Selling Drugs" can be found here.

PHOTO GALLERY
'How To Make Money Selling Drugs' At Tribeca
Download
Calling all HuffPost superfans!
Sign up for membership to become a founding member and help shape HuffPost's next chapter
Join HuffPost 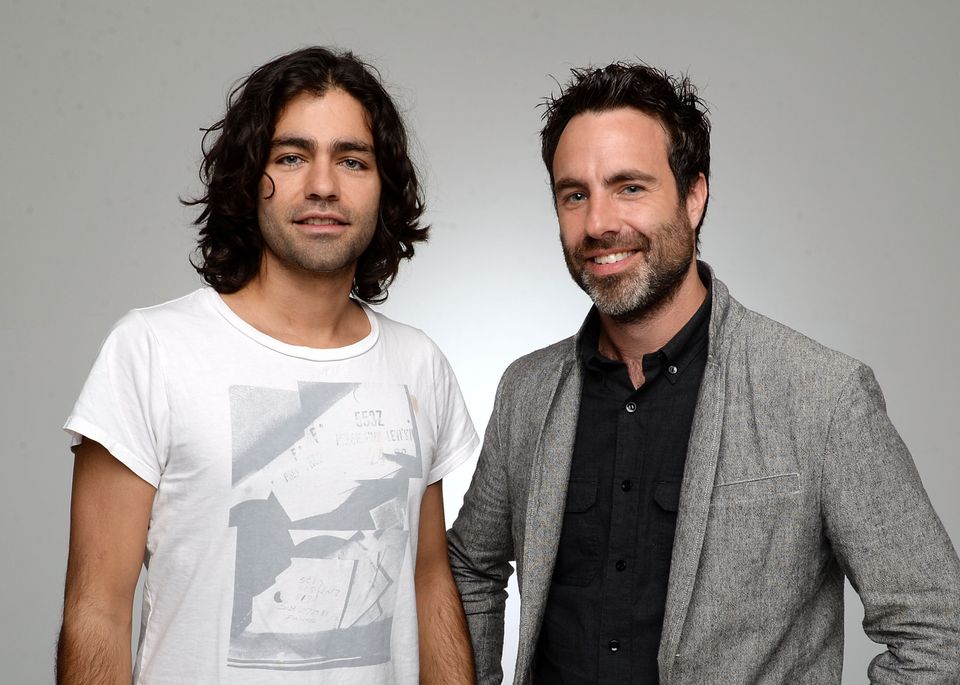