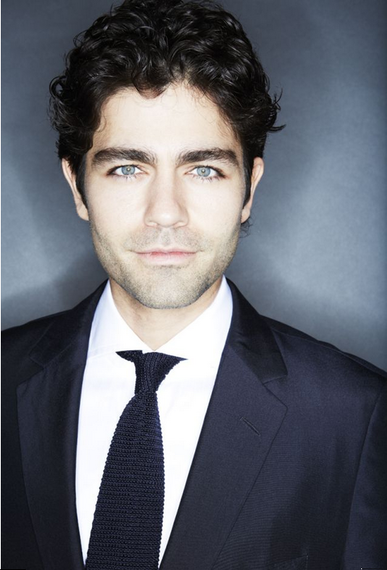 Adrian Grenier wants you to get angry -- for all the right reasons; the actor has taken on his biggest role yet as an environmental activist. In the spirit of Earth Day, Grenier talked to us about his pet peeves when it comes to environmentally unfriendly habits and how he wants people to fight for their right to live in a healthy environment.

My passion for the environment comes from a human side, not my celebrity side. I care about people and I want everyone to have the human right to have a clean environment to live in a healthy environment to co-exist with. When businesses or other people are destroying or polluting the environment, it's an offense and I think it goes against our civil liberties.

What's your pet peeve in terms of environmentally unfriendly practices that you see people doing more often than they probably realize?

Using plastic bags are totally unnecessary and it's quite frustrating. It's also when people throw cigarette butts on the ground. It seems like such a minor, small thing but it goes into our water drainage systems and into the oceans and there are lots of chemicals and toxins. It seems innocent, but it's really not. It's one of the biggest human polluters and it's completely avoidable.

What can people do daily to make their lives more sustainable?

The options are fortunately great. Firstly, just get involved. Make the choice to be more engaged with what's happening. I've never believed in creating a list of to-dos because I always imagine the more you know, the more involved you get and the more you can actually be effective in helping. If you have a list, it's almost as if you check it off and you're done, but it's more of a mentality and a lifestyle and a decision to care.

There's one thing I just recently learned -- and I've been doing this a long time -- and I just learned about this ratio with regards to fish. The reality is, specifically with shrimp, for example, there's 10 times the amount of bycatch to every pound of shrimp. [Editor's note: Though the amount of bycatch varies and can reach nearly 50 times the amount of shrimp caught, the global total is approximately 5.7 times bycatch for shrimp, according to the Food and Agriculture Organization of the United Nations.]

That's 10 pounds of indiscriminate and wasteful bycatch of other wildlife which is ultimately discarded and thrown back into the ocean dead, so whenever you have shrimp at dinner, you're not just responsible for the death of the shrimp, which at least you're eating for sustenance and their lives are not necessarily in vain, but you are actually also responsible for 10 times as many fish that die completely unnecessarily. This is a tragedy and it's all in the name of profits and cheap food. You can imagine all you can eat shrimp and the proposition there.

I'm a very moderate environmentalist, believe it or not. I know that no one person can solve the problems of the planet. We really need to work together. That's why I try to do a lot of awareness work and try to get people into the conversation. There was a time when I thought I could fight everyone and do everything myself and I couldn't. It made me very sad and feeling helpless, but through a community of people all working together for the same goal, we can achieve great things.

I really do believe we need to start with strong legislation and voting our conscience and voting for the environment and holding our politicians accountable to carry out these laws against people who violate them. There are some great laws that protect the environment and if we enforce the ones that exist, we can do a great job at least protecting the oceans from many illegal fisheries that are negatively affecting the ocean. In 20 years, we may not even have fish. We've fished 90 percent of the big fish in the ocean. That's insane. We need to get angry and put a lot of pressure on government.

What was the pivotal moment for you that got you to get involved?

Every day is another pivotal moment. When you're watching and have your eyes opened and ears and heart open, it's incredible how many reasons there are every day if you just look to why you should care and why you should be involved and try to find better ways of living on this planet. It can be daunting and upsetting, but it's ultimately exciting and inspiring because we have the opportunity to build a better world and we can imagine a place where we live in harmony with not just each other but also mother nature.

What do you think is the most pressing issue in regards to our planet?

Are you hopeful about people's attitude toward the environment?

I'm very optimistic. Yes, I'm an optimist for sure. We've come a long way in society and civilization, so I feel like we can do great things, but I'm not resting on that hope and optimism. We have to actually do the work.