That guy there, with the incredibly cute baby, is a Philadelphia web designer named Adrian Hoppel. A couple of years ago, he decided that working a traditional job was "toxic."

This, of course, can be an inconvenient realization for an adult with a family. But Hoppel had given it a lot of thought, and decided to make a specific sort of change: he stopped charging money for his work, and instead began to operate within the "gift economy."

There are various societies and groups in which "gifting" is already commonplace, like the yearly Burning Man festival. For those not familiar either with the desert bacchanal or with the exchange of goods and services without price tags, Hoppel explains on his blog that "if we decided to work together, that I would build you a website as a gift, and after I was done, I would give it to you. Then you would consider what the finished project was worth to you and choose something fair to gift back to me. There would be no contracts, no negotiating, no pressure."

Except, of course, the pressure of earning a living. He addresses that point in his blog, too:

Most clients gifted me with payment, and the payment is more than I ever received in the traditional model, which was based on negotiation and the lowest bid wins, instead of the Gift model which is based on mutual respect and fairness.

Working in the gift does not mean that I work for free, or that I give my work away without care. It means that people trust me to build them a website, and I trust them to support my work as they believe fair.

Trust became the medium of exchange, not HTML, not money. Helping each other became the purpose, not profits or returns on investments. Establishing a community who believed in me and what I was doing became the goal, without worry over profit margins, because eventually I received the most important gift of all: a true faith in people to be honest, fair, generous, and supportive.

But can a person pay their bills when they don't send an invoice? And does a worker in the gift economy ever get stiffed? HuffPost recently spoke with Hoppel to get answers to these questions and more. The interview has been edited for length.

HuffPost: Let's start with the basics: when did you get started with your current business and why did you decide to do it?

Adrian Hoppel: I started offering web design in a gift economy in 2012. Why I decided to begin offering in the gift is a bit of a long story. I found working in a traditional economy to be toxic. For over a decade, I worked in corporate America and I achieved what traditionally is considered to be success: I made vice president in my twenties, had big expense accounts, fancy suits, international travel, nice salary, bonus checks and lots of material acquisition.

But I felt awful, hollowed out and bitter. Every day I felt like I was going to perform like an actor, wearing my tailored costume and reciting my rehearsed lines, and then coming home and trying to reconnect with the person I wanted to be. It got harder and harder to keep showing up for the next show.

I was always an entrepreneur at heart, and I always wanted to work for myself. I realized the only way I could avoid that disconnect between work and life was to find a way to work for myself in a way that felt good. In January of 2012, a good friend of mine insisted I read "Sacred Economics" by Charles Eisenstein -- and that just blew my mind.

From where I was then, with the short hair, fancy suit, business jargon and corner office, to where I am now, co-working in a refurbished warehouse, wearing whatever I want, growing my hair as long as want, shaving only when I feel like it, and doing something that I truly love to do...my old friends say, “You’ve changed!”

What was your first project, and how did it go?

I was totally convinced that once people heard what I was doing, they would have me start building them websites and then run away laughing when they were finished.

I had some very close friends that really thought it was a cool idea. One of them was in a desperate place with a website for an organization that she was on the board for, Lighthouse Soccer Club here in Philadelphia. The website was outdated, the previous designer was AWOL, and no one knew what to do next. The first time I sat down (on the phone) and explained what I could do, they were ecstatic. Then I had to explain how I wanted to work in the Gift Economy.

Their response was, "Uh, yeah, OK. That is a little weird. Just so you know, if you do everything you say you are going to do, we ARE going to pay you."

So, that kind of took the fear away and I got to work.

It was a big success and when I was finished, they voted as a board what the project was worth to them and sent me a check. They also sent me other gifts, like some advertising at their events, and invites to their soccer camps.

I used that experience to help explain my model to the next person. Meanwhile, members of that board were so happy with things that they started contacting me for other projects and telling their friends. That's when it started taking off.

Can you give any figures for how much you end up getting paid for projects?

If we look at just the projects where people gift me back with a payment, I would say projects have varied from $600 to $3,800. A lot has to do with the complexity of the project. Some projects are only about 10-15 hours -- just a basic website with some custom design. Other projects are over 80 hours with complex registration forms and shopping carts.

When I am putting together a proposal stating what I am going to do and how many hours it will take me to do it, I offer a range that most freelance web designers charge, roughly about $35 to $90 an hour; it's not an exact science. I know web designers who actually charge a lot more than that, but I think that range is probably pretty close.

When people gift me in cash, they basically look at the number of hours I spent, and multiply that by whatever feels like a fair number in that range.

Has anyone ever not paid you?

No, everyone has gifted me back something that made us both feel whole. Many times it was in cash, as that is easiest for many people to gift with.

One thing that I have found is that when given the opportunity, most people want to give people the full value for their services and time.

With your business model, do you only say yes to projects you are 100 percent excited about? Do you ever just take on gigs to pay the bills?

One of the things that I promised myself when I broke away from the type of work I was doing before in the traditional economy was that if I was going to do this, I was only going to work for people and organizations that I could respect. Life is too short to waste.

Are you and your wife equal contributors to your family's household income?

We have four kids, with the youngest born just seven months ago. I am not making nearly as much as I made before, when much of my work was in sales. Back then, I was the primary contributor to the household income.

Since I have made this transition, my wife and I have balanced much more regarding contributions to the household income. Sometimes I work really awful hours -- last week I put in almost 40 hours straight for a project with a deadline.

I do take time off. I work from home and I rent space from a local co-working facility. But the focus for both of us is to also to be an example to our children that there are alternatives to the traditional, old story of work and success. Some months are a struggle financially, others are easier. We are figuring out how to smooth out the peaks and valleys.

It is all very unknown and a bit scary. But if I project how things have averaged out, I have a rough idea of how many projects I need to complete within a year.

Is your wife also an entrepreneur?

Not as much, but she is a believer that the world can be a different place. She is actually trained as an engineer and a licensed attorney, though she works as a director of a nonprofit instead. We both are drawn to trying to make things different and better than they are now. Actually, it is a good match, because she helps me focus and stay grounded when I get too dreamy.

Do you think that more people should move over to being gift economy entrepreneurs, and what advice would you give to people who are interested in exploring this sort of work?

I think, in a perfect world, everyone is back to a gift economy. And I say back because this is not a new idea, but something very old. It is about offering what you love to do to the community and having the community respect and appreciate that. In return, they support you with the things they love to do.

Ideally, the cash-based transaction aspect of it would disappear, and we would have a world where we support each other with more purpose. For people who are interested in exploring this, I would plead with them to read the books of Charles Eisenstein, particularly "Sacred Economics." He explains all of this so much better than I could ever dream to. I am a coder, not a philosopher.

Then, if his writings appeal to you, to give it a try; consider what it is you love to do, and start offering it out there like I did with Lighthouse Soccer Club. It helps to have some champions who are trying to help you, and it is essential -- mandatory -- that if you have a family, that you and your partner consider deeply what this type of transition will involve.

It is not easy, it is a lot of work and a lot of risk, but the rewards are incredible.

My favorite project was actually being able to gift back to Charles Eisenstein and redo his website last fall. His writing changed my life and set me on this path, and to give back to him was a profoundly awesome experience. 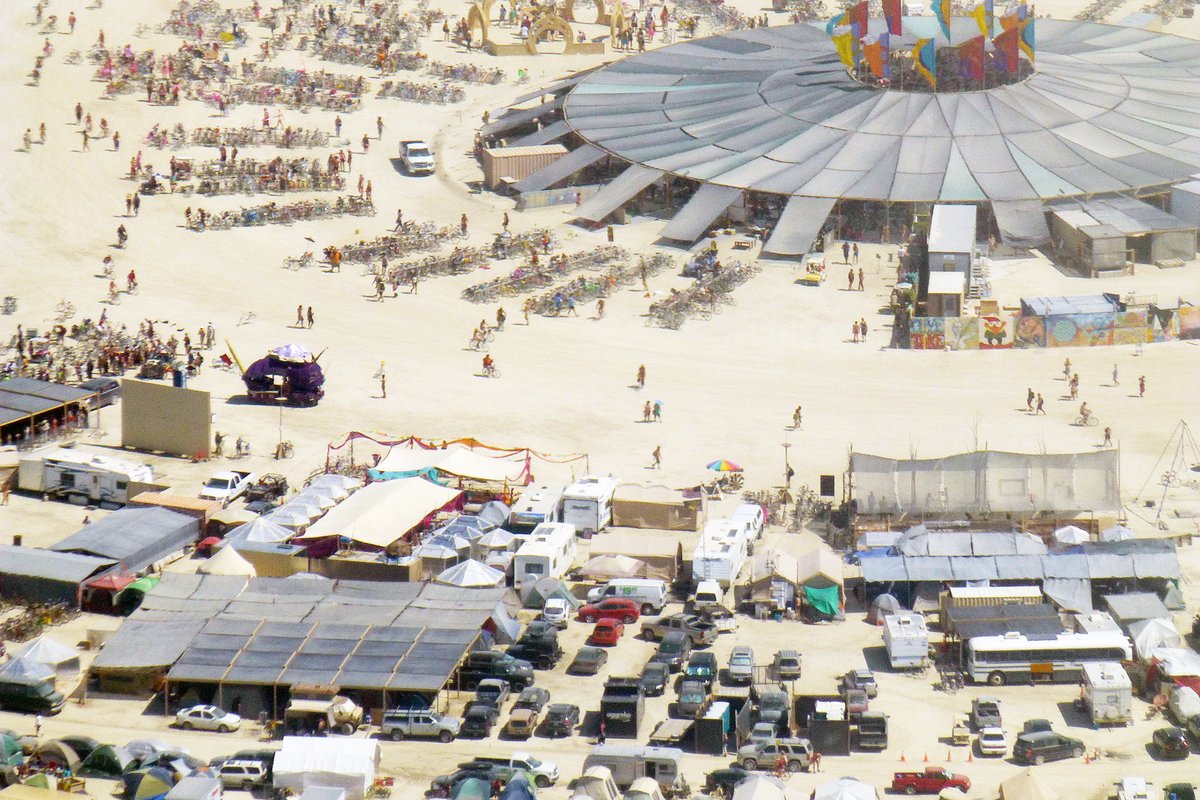