In every family, there is one person who bubbles to the surface and becomes the family adult. Adults are the ones who bear the responsibility. It's being the person in the room -- or the family -- who wears the sign "The buck stops here."

We adults always make sure there is milk in the refrigerator, that the books get returned to the library on time, that the auto insurance policy doesn't lapse because we wrote the check but forgot to mail it. We are the ones who always remember which color soccer uniform the team is wearing this week and which school days have early dismissal times. We are the ones who take our elderly parents to the doctors -- and we are the ones who have them come live with us when the doctor says stuff we don't want to hear.

Personally, I am tired of being the adult in the family. It's unfortunately not a job I can resign from, nor does it appear that anyone else is applying for the job. And that's the inherently unfair part of the problem: When it comes to caring for aging relatives, grown children sometimes forget when it's their turn to do the dishes.

I have one friend who got a call recently from her 45-year-old sister because "Mom didn't answer the phone." The 45-year-old sister actually lives closer to their Mom than my friend does, but instead of just jumping in the car and checking on their mother herself, she felt it was appropriate to let her sister -- the family adult -- know. Some cynics might say that by calling her big sis, the younger woman was shoveling the problem -- or potential problem -- off her plate and on to her sister's. If their mom had fallen or was sick, it would have been my friend and not her sister who took care of things.

My friend, after I needled her some, asked her sister why she didn't just drive over to investigate the unanswered phone. The reply was telling: "I thought you would know if she had gone somewhere." Of course the sister would think that -- because my friend is the family's adult and makes a point of knowing Mom's activities and travel plans. She knows when Mom is in Vegas with her Mah Jongg club and which days of the week Mom does water aerobics at the retirement center's pool. Mom calls nightly -- a check-in call that lasts three minutes tops. But it's always to the daughter who is the adult, not the other one.

So is it that because we assume the responsibility, we must own it forever?

I have another East Coast friend whose 80-something Mom was recently diagnosed with dementia and now lives with her. My friend has a passel of kids and the addition of Mom to the household required kids doubling up in a bedroom. It's a relatively new arrangement and my friend isn't 100 percent comfortable leaving her mother unattended for long periods of time. So Mom gets schlepped along on all the family errands -- school drop off, grocery runs, post office stops, kids' dance lessons, dentist visits, etc. My friend's only objection: "Car time is no longer my 'alone time'," she said.

I asked about her adult siblings, knowing that she has a well-to-do brother who lives not far away in a New Jersey suburb. "Oh, he travels a lot for business," my friend reports, "and his wife works."

"But," said my friend, "he does call and check in every so often." My friend, for the record, does not so much as whimper a protest and insists that this new living arrangement is "all good."

But if my friend was living in the Ukraine, she could actually sue her brother for not paying his share of the costs of caring for their mother, says Katherine C. Pearson, a professor at Penn State Dickinson School of Law. In the Ukraine and other former Soviet bloc nations, all adult children -- not just the ones who step up to the plate -- are "obliged to display concern and render assistance." Needy elderly parents are also able to sue their children for financial help.

If a grown child doesn't help parents in need, the government can "reorder" the elderly parent's estate so the reluctant adult child won't inherit an equal share.

"We don't do that in the United States," noted Pearson, "we just gripe about it."

In the U.S., about the only time you hear about adult kids filing suit over who gets what in a deceased parent's estate is among the very wealthy. And then, the suit is generally filed against the care-giving child, claiming he or she exerted undue influence on the elderly relative in order to get more of the estate. That'd be the elderly relative who the person doing the suing never had time to visit.

But in general, suing to make our siblings own up to their share of the responsibility is "just not our tradition," said Pearson.

There's actually no system in place for this to happen, she adds. "I am 60 and it's taken my entire lifetime to see a functional child support system on a national scale. We are plagued by deadbeat parents who don't pay child support. To recreate that system in this environment ... well, I don't see it happening."

China recently enacted laws to ensure that the care of the elderly gets split up fairly among family members. Adult children -- all of them, not just the one who steps up -- must provide for the financial, emotional and physical needs of their parents. China defines this to include visiting them or you'll face fines and jail time. Time reports that one woman, found negligent about visiting her 77-year-old mother, was ordered to visit her mom at least once every two months and on at least two national holidays a year.

Is that a direction the U.S. is likely to wind up in as more of us enter older age and the government backs away from meeting our health and social care needs? Not likely.

But, Pearson said, "it's definitely going to be a challenge." Even with financial support from the government, "two-thirds of the care of our elderly will always be provided by families," she said.

We are headed into some very difficult times as baby boomers age and need help with their social and health care. Their children will be torn between needing to work to support their own families and needing to stay home to take care of an aging relative. And who will be the family "adult" is going to take on greater meaning.

I say there's no better time than the present to start sharing the role instead of just assuming that the one who appears best at it should get to do it all.

On The Fly: Are You The Adult In Your Family?
Fortune Magazine's "Best Places To Retire Now" 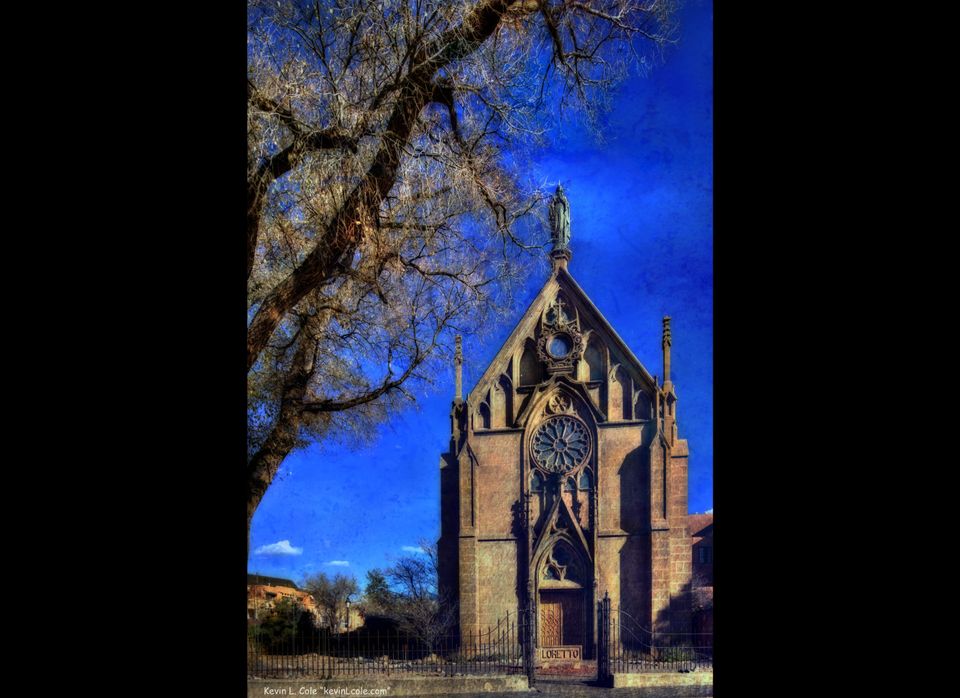