In the past few years, the use of ADHD medication among adults has risen more than 50 percent -- and the numbers are even higher for women. Is the suspected overdiagnosis in children now happening to us?

Rachel was a college freshman when she first tried the amphetamine-based prescription drug Adderall at a party. She liked the mild high it gave her, and soon she began paying friends a few bucks for a pill here and there, whenever she needed a little help concentrating on her course work. "All of a sudden I had this amazing focus," she says. Fast-forward a few years to 2011, when she found herself disengaged at work and having difficulty staying on task. After getting a few pills from a friend, she finally asked her psychiatrist (whom she was seeing for anxiety) for a prescription for the drug, which is commonly used to treat attention deficit hyperactivity disorder (ADHD). "I just dropped into the conversation that I'd been taking a friend's meds, and they had helped me at work. She wanted to know how the drug made me feel, which was focused. I left out the amazing 'I can do anything' part," Rachel says. "When she asked whether it made my heart beat faster, I knew the 'right' answer was no, even though the truth was yes. We probably spent all of ten minutes talking about Adderall." That day Rachel walked away with a prescription, and she has been taking the drug almost daily ever since.

Researchers are unclear about how many Rachels are out there -- people who game the system to get their hands on a prescription -- but one thing's for sure: ADHD medication use among women is rising rapidly. A groundbreaking report released earlier this year by the prescription management company Express Scripts stated that the number of adults in the United States taking ADHD medications (which also include Ritalin and Concerta, in addition to Adderall) rose 53 percent from 2008 to 2012. It also found that women are using ADHD medication at notably higher rates than girls, with those in the 26-to-34 age range posting a staggering 85 percent jump in the use of such drugs in just five years. "It's clear that one reason for the recent rise is overdiagnosis," says ADHD researcher Keith Conners, PhD, professor emeritus at Duke University and the creator of a highly regarded rating scale commonly used to help diagnose the disorder. "There is a swarm of primary care doctors and psychiatrists who really don't know that much about ADHD but are willing to give out a prescription."

Ironically, while many of these meds are ending up in the wrong hands, experts say that women who truly need the drugs can find it frustratingly hard to get them. Doctors who aren't properly trained may confuse the disorder with other conditions that have many of the same symptoms. "Depression, anxiety, menopause, hyper- and hypothyroidism, and sleep disorders like sleep apnea can present with attention issues that seem a lot like ADHD," says New York City psychiatrist Scott Shapiro, MD, who treats only adults with the disorder. "Often when you address the underlying problem, the ADHD-like symptoms dissipate."

It doesn't help that there's no single test available to definitively diagnose the disorder, and no easy-to-use online directory of qualified doctors. According to the National Institute of Mental Health, a clinician should confirm that the patient has had ADHD symptoms since childhood; if the problem has just popped up in the past couple of years, it doesn't qualify, since ADHD is, by definition, a condition that begins in childhood. There are also a few standardized rating scales that can be used to help screen for the disorder and determine the range and severity of symptoms. (For more about the signs of ADHD, see this article: Too Busy or ADD?)

Ideally, specialists should speak with someone who knows the patient well enough (like a family member) to confirm that the symptoms have caused recognizable problems throughout the patient's life. But unlike adult men, who were more likely to be diagnosed as kids, women may actually be underdiagnosed because they often don't exhibit the symptoms society commonly associates with the disorder, experts say. Many young girls and women have a subtype called predominantly inattentive ADHD (they may seem flighty but aren't hyperactive), which might not raise a red flag with teachers or parents.

That was the case for Shelby Gonzalez, who spent almost two decades struggling with attention issues before receiving the treatment she needed. As a child, she was distracted by a constant internal chatter, with her thoughts moving a million miles per hour in 20 directions. Still, she was well behaved; she rarely acted out or caused a disruption, so her teachers simply said she needed to focus. "Follow through" was a common refrain.

In adulthood, however, things got worse. Gonzalez regularly had to stay up late to complete projects and even missed a few work deadlines. "I couldn't help procrastinating," says the now 30-year-old advertising copywriter. "For some reason I was unable to focus until the adrenaline of 'Holy crap, it's due tomorrow!' kicked in. And I couldn't figure out why I was constantly sabotaging myself, achieving less than I knew I was capable of. It ate away at my self-esteem."

It wasn't until late 2012, when Gonzalez read an article about women with ADHD, that her struggles began to make sense. "I'd heard of ADHD, but thought it affected only children," says Gonzalez. "There was a list of symptoms, and I recognized myself in more or less all of them. I reread the article, went through the symptoms again, and started bawling."

Conners says Gonzalez's experience isn't that uncommon. "Many women have simply been overlooked as children, as far as their handicap goes," he says. "They may show less-than-optimal school performance, but very often that's ignored if they have good relationships with their peers and their teachers like them. Once they reach adulthood, they start to suspect something is off." And many adult women are diagnosed only when they take their children to be evaluated and realize they may be suffering from ADHD, too. "These patients will generally tell you, 'I've always had trouble focusing, but nobody made me think it was a problem,'" says Conners.

Gonzalez says it's a relief -- even a blessing -- to finally put a name to her disorder. "The first thing I did was ADHD-specific cognitive-behavioral therapy for 18 months. Then I cycled through different meds until my doctor and I found something that worked," she says. "Getting the proper treatment, and accepting that some of my challenges are rooted in neurobiology rather than a bunch of character flaws, has transformed my life."

Anna Maltby is a health writer based in New York City.

PHOTO GALLERY
15 Signs You May Have Adult ADHD

OWN Healthy Mind & Body Own ADHD 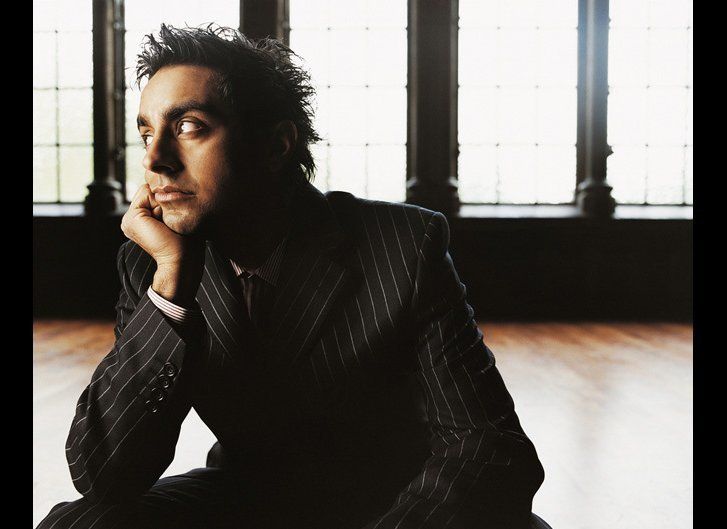