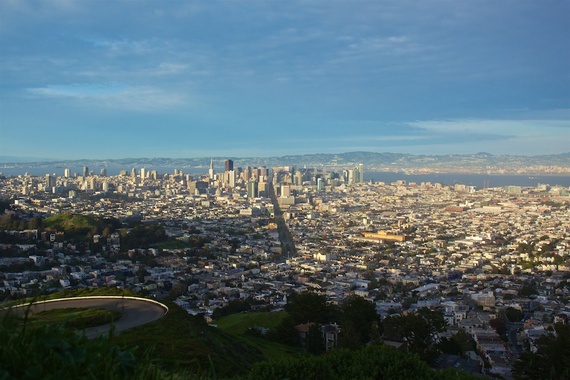 As a child, I spent a lot of time picturing university. I saw myself walking through miles of green, manicured land. I saw the old, red-brick buildings rising from the grass as though they'd always been there. I saw libraries filled with books and silent students. I never imagined my campus as a residence hall on a busy street in the center of a huge city.

I have attended two very different universities. My first was a beautiful, leafy campus in England. My second is Minerva, where, rather than living on a sprawling campus, students live together in urban residence halls in seven cities around the world over their four years of study. 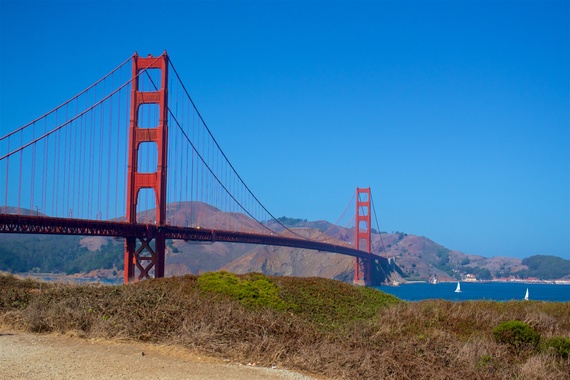 Living in the center of San Francisco -- where all Minerva students spend their freshman year -- has given me a very different perspective on university.

While living in central San Francisco, I had the opportunity to attend a huge variety of events, from a TED conference to a Hackathon, from slam poetry nights to a puppy football game! I also took the time to walk across the Golden Gate Bridge twice, explore all the major neighborhoods, and volunteer at a local theater. The best thing about living in a city is not the diversity of experiences available, it's the autonomy of being able to self-select those experiences. When you live on a campus, someone else has decided what speakers and events happen in your vicinity. In a city, it's up to you.

Campuses, by definition, expose students to a very small portion of a region's population. No matter how diverse your campus, the vast majority of students are around the same age, with the same level of intelligence and ambition, and from similar socioeconomic backgrounds. This means that students can literally go for years without being exposed to huge swathes of the population. This isolation from the non-student population makes it more difficult to develop a diverse and global mindset.

All activities on campus are organized by the university or by the students. This means that there is an inherent lack of diversity of experience and viewpoint. This can lead to stagnation, and in my experience, can be very boring. Being able to do whatever I wanted in a city was a liberating experience, allowing me to diversify my interests and meet new people.

Using a City as a Campus Changed my World

I have felt tremendous impact after just one year of using a city as my campus. Using the whole of San Francisco has offered me a wealth of experiences I could never have had on a traditional campus.

I gained practical knowledge of living in urban areas: how to speak to people, how to be safe, how to navigate an unfamiliar place. I made friends within sections of society I've never had exposure to before: from drag queens to homeless people to Google employees to elected officials. I could step out of my door and be immediately propelled into a world much, much bigger than me and my student friends.

Most importantly, there's the feeling of being more than just a student, implanted into an immaculate campus. I feel like a resident, like a part of the city. I feel simultaneously accepted and overwhelmed by the people and the place.

And for the rest of my life, I feel I'll always be able to find things to do and people to speak to, wherever I am.