From The Commencement Speech to the Jackson Hole Community School, 2015

To the graduates of 2015 I only have four pieces of wisdom to impart: Adventure Matters, Embrace Failure, Follow Your Passion, and... The Rolling Stones.

The first comes from watching so many of my own fellow grads set out on a path of adventure, but then who settled for safety and comfort over risk; from witnessing once courageous friends who chose the feather bed of civilization over the rough unknown. It seems to be a natural arc of life for many....experimentation when young, then surrendering to a groove as quickly as possible. The problem with this course is that it does not allow evolution of thought, or being.... only by being bold will you forge new frontiers, ignite innovations and change the game. Adventure Matters because it allows discovery, of the self, of those encountered, of the world. If the sole goal of a ship is to stay safe, it would never leave port.

Challenging yourself, risking failure, provides opportunities when things don't work out. And, the unexpected outcomes can sometimes be great.

The company I co-founded, Sobek Expeditions, came about through personal failure. I became a river guide on the Colorado River through the Grand Canyon when I was 19. When I heard National Geographic was organizing a first descent down the Omo River, through the Grand Canyon of Africa, I wanted to join, and figured I was eminently qualified. I went to visit the man in charge, and told him I wanted to be part of the team. He said I was too scrawny, and to buff up and come back in a few months, and he would then hire me on. So, I did. I worked out every day for six months, drank to excess terribly tasting nutrient shakes, and took on a pre-steroid Sylvester Stallone look. But when I returned to show off my new super-toned self, the man said there was no room for me on the expedition...he had hired his brother in my stead.

But, that catapulted me in a different direction. I felt, what the heck, I could organize my own expedition, which I did, recruiting several guide friends, finding rafts and sponsors, and heading over to Africa months before National Geographic. We named our endeavor Sobek, after the ancient crocodile god of the Nile, hoping he would look kindly upon our passage.

Needless to say, National Geographic was upset when I returned with photographs of our first descent, under the banner of Sobek Expeditions, and they showed me the door.

Sobek has since transformed and influenced thousands of folks on rivers, mountains and wilderness regions around the world. And by sharing the magic of these wild places and in-tact cultures, Sobek has helped increase awareness and activism for our fragile planet, its people, wildlife and threatened lands, not dissimilar to the original mission of National Geographic.

Years later I engineered another big flop. I was hired by Microsoft to create an on-line travel product, and I put all my resources into an on-line magazine called Mungo Park, named after the Scottish explorer who discovered the Niger River. I had gobs of money to spend...Microsoft was the god of tech profits back then....and I dispatched famous people all over the world, Tom Clancy to cover a space shuttle; Martha Stewart to kayak Newfoundland; Lyle Lovett to motorcycle the length of Chile; Dr. Ruth to the Islands of Love; Alexandra Fuller to follow The Outlaw Trail. 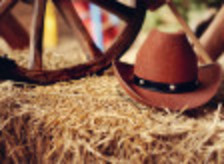 But after two years, the product had made no money, and Bill Gates said, "Shut it down."

But an online application that had been built in parallel to allow audiences to book air, hotel and trips had some traction. So, as Mungo Park was shuttered, the travel app took off. I became its editor-at-large, and it became the multi-billion dollar business, Expedia.com.

Now, without risk there can be no reward. Class of 2015, you are so fortunate to have grown up in this magic casket of promises, this hole of blazing poetry, this ethos of risk taking and personal responsibility.

Sobek Expeditions was premised on river exploration, which, by its very nature is risky, whether be it the rapids, the crocodiles or the challenges of adventuring in the most far-flung reaches of the world.

With its many exploratories, Sobek became a media magnet. By the time we set out to make the first descent of the Zambezi River in Southern Africa, everyone from ABC to the BBC to National Geographic came to cover us, and there were helicopters and cameras everywhere.

About a week down the river we came to huge rapid just as twilight was settling in. The first raft through capsized and the guide took a nasty swim. The second boat did the same, with the guide swept around the corner downstream, out of sight. Now it was my turn. And the media, smelling blood, were ready to pounce. They best positioned themselves and their cameras to capture my humiliation. But I didn't want to take the chance of swimming a big, dangerous rapid in a river with crocodiles at near dark, not even knowing the fates of my fellow guides downstream. So, I tied everything down as tightly as possible, and kicked the boat out into the current with no guide or passengers on board...a ghost boat. And, it made... a perfect run, through what is to this day known as the "Ghost Rider" rapid.

The point being, in the calculus of risk, there is no shame in survival. There is nothing wrong with the creative solution over the hero run. Because, ultimately, it is the risk-takers who stay in the game who move the pieces forward, who broker the breakthroughs, and shape our good future.

I can tell you, whatever adventure you choose, pursue it with passion, with fire, with curiosity; be awake to the openings of your lives.

Jess McMillen defied the naysayers and broke all sorts of Freeskiing World records.

Jeremy Jones, Yvon Chouinard, Jimmy Chin, Crystal Wright, Hadley Hammer, Lynsey Dyer, Kim Havell, Bill Briggs...they all personify this indomitable spirit of exploration, following some irresistible inner call to shred the limits, pursue the path less traveled, and prove their passions. They have dogged their dreams, made a good living, and generated awareness and support for their interests and causes.

This is the good truth...that it is better to go forward and be in the ring and perhaps suffer the consequences than to never step at all and wither on the inside. If you can resist the temptation to stay in the safe harbor, if you can take the terror of the open seas, you can make a difference, for yourself, and for those with whom you come in contact. This is not just physical fear...it can be the fear of not meeting parents' expectations, or fear of disapproval or loss of money.

I say, confront your fears; lean into your dreams; track the adventure, push the envelope of your being, and you will find a lifetime deep and rich and connected.

As for The Rolling Stones, we should all be performing the concerts of our passions when in our 70s. They found something they loved at an early age, and never looked back. We should all shoot for the long game.

I think The Stones offered up some of the most lyrical advice of all time: "You can't always get what you want, but if you try sometime, you just might find, you get what you need."

So, don't be just a tourist in the world, watching images pass by. It takes courage to push yourself to places you have never been, to test limits, to break through barriers. Mark this advice... the day will come when the risk it takes to remain tight inside the bud is more precarious than the risk it takes to blossom. So, get up, stand up, head out to the next adventure, and bloom. 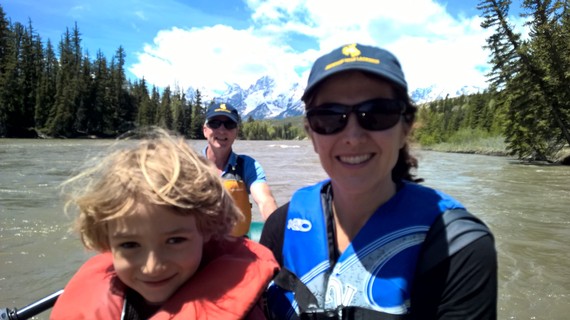