As we watch the presidential debates unfold, one could be excused for thinking that there was an imminent threat of an Islamic takeover of the United States.

According to NPR, at a New Hampshire rally, Donald Trump followed up his proposed ban on all Muslims entering the country with the comment that "there's something going on" with Muslims and "their culture."

Another Republican hopeful, the retired neurosurgeon, Ben Carson told NBC: "I would not advocate that we put a Muslim in charge of this nation. I absolutely would not agree with that."

And it is not just the Republicans.

While Hilary Clinton has rightly criticized Trump's alarming Islmophobic comments, she herself has the dubious distinction of being one of the chief architects of the "war on terror" -- which institutionalized Islamophobia at policy and programmatic levels. Clinton's personal record similarly does not bear too much scrutiny. As candidate for U.S. Senate seat in New York in 2000, she returned all campaign donation checks from Muslim organizations, totaling $50,000.

Moreover, one of Clinton's vocal allies, the retired General Wesley Clark, has recently called for "disloyal" and "radicalized" Americans to be put in internment camps similar to those which held Japanese-Americans during World War II. Several progressive organizations called for Clinton to disassociate her campaign from such dangerous remarks "at a time when American Muslims are facing a surge in violent hate crimes." That response is yet to come.

Meanwhile, CNN reports that 2015 has been one of "the most intensely anti-Muslim periods in American history." According to the Council on American-Islamic Relations (CAIR), American mosques and Islamic centers have been the victims of vandalism, harassment and anti-Muslim bigotry at least 63 times this year, the highest number since the Muslim civil rights group started tracking such things in 2009 and a threefold increase over the last year alone.

But if the mainstream politicians of all shades are unified in their anxiety over this apparently homogenous social group of "the Muslims," terrorist outfits like ISIL also appeal to a similarly imagined homogenous group of "Muslims" for their own political ends.

After the devastating attacks in Beirut and Paris, British investigative journalist, Nafeez Ahmed, wrote a deeply intuitive piece about ISIS. Daesh's goal, Ahmed rightly argued, was not simply to use spectacular violence to create widespread panic and terror, but to craft a fundamentally new political project: that of drawing "the western world into an apocalyptic civilizational Armageddon with 'Islam.'"

While it seems that both Donald Trump and ISIS agree that there is this preexisting unified group of people called "the Muslims," I would like to spend some time in this column talking about the immense diversity and heterogeneity of Islam and Muslims. How there never was any unitary "thing" called "Islam" in global history, and one can only talk about Islam in its historic specificity. We can talk about, say the Sunni clerics in Ottoman Turkey in the 15th. century, or Sunni women in the Maldives in the 16th. century, or converted Sufi peasants in Bengal in the 17th and eighteenth centuries. But we must also talk about how they all saw themselves as "Muslim" but could not be more different from each other.

Ibn Battuta and his Dar-Al Islam: Singular or Plural?
Between 1325 and 1354, in a world without the steam engine or air travel, the North African Muslim scholar Ibn Battuta traveled by land and sea from his place of birth, Morocco, all the way to China and back. By the time he was done, he had visited an equivalent of 44 modern nations and travelled a distance of 73,000 miles.

It has been Ibn Battuta's fate to be referred to by Western writers as the "Marco Polo of the East" even though Battuta had traveled much further than the Venetian and to far more places. But, as scholars have pointed out, where Battuta differed most from Marco Polo was in the fact that the Italian was a stranger to the lands he visited, while Ibn Battuta traveled through a "single cultural universe", that of Dar al-Islam, or the lands where Muslims were a majority, or was ruled by a Muslim king.

So everywhere Battuta went as a Muslim scholar he was received into a familiar world of Muslim merchants, scholars and Princes with whom he could converse in Arabic on issues ranging from theology and jurisprudence to politics and science.

In some ways then Dar al-Islam was a singular world of Islam or Muslim-ness. 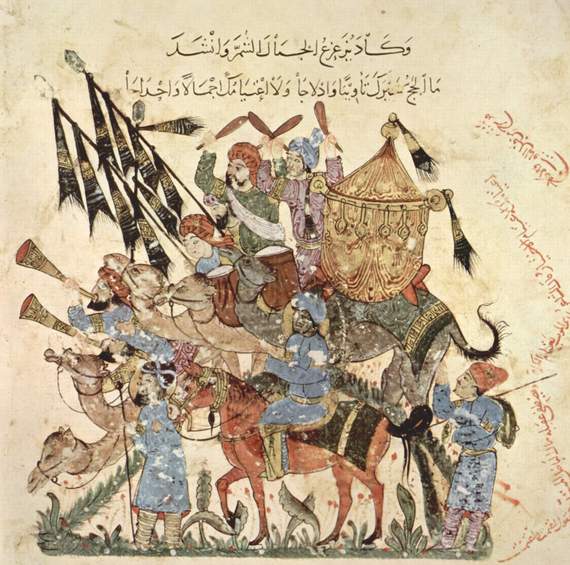 But it is critical to remember that Dar al-Islam, in Battuta's time, comprised a geographical area from the Atlantic coast of West Africa to China and South East Asia. This is not counting countries where Muslims were an important minority such as Spain and certain parts of tropical Africa.

It is thus quite impossible that such a range of humanity, peopled by so many histories, languages and pasts would be 'homogenous.'

For our times, then, it is important to recapture the 'culture shocks' the Muslim Ibn Battuta encountered in Muslim lands, which testified to the deep veins of cultural plurality in the wider Islamic world of Dar al-Islam.

Anti-Monarchical Islam
The question of plural traditions within Islam vexed our cosmopolitan Sunni scholar Ibn Battuta quite a bit. Despite his Sunni moorings, Batuta was very attracted to Sufism, a mystical tradition within Islam. Throughout his travels, he made it a point to visit Sufi shrines wherever possible, such as the famous overnight journey he made to the village of Umm 'Ubaida to visit the tomb of the founder of Sufism, Shaikh Ahmad ibn al-Rifa'i.

Sufi mystics were known for their disregard of secular rulers, irrespective of the ruler's religion. Sufi divines considered any association with Kings and Sultans to interfere with ones primary commitment to god. 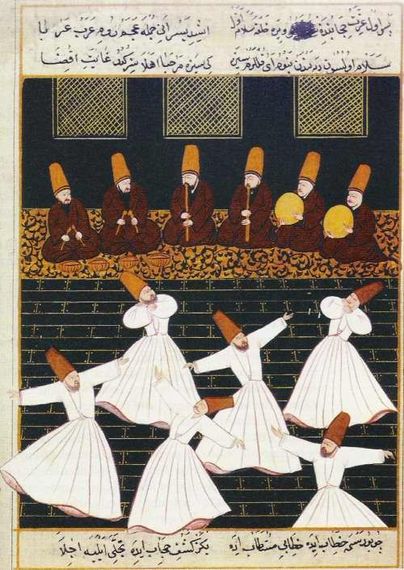 It is no wonder then Sufis would not be great favorites with Kings and Sultans, and when he came to India his dabbling in Sufism got Ibn Battuta into trouble.

Ibn Battuta served as a judge in Delhi under the rule of Sultan Muhammad Bin Tughluq (1325-51). As a ruler, Muhammad Tughlug was known for his eccentricity, quixotic projects and contradictions. When he learnt that a famous Sufi mystic in his kingdom had refused to acknowledge him as the supreme ruler, he had the Sufi Shaikh arrested, his beard plucked out one at a time, and finally executed!

Ibn Battuta happened to be close friends with this same mystic. The Sultan had Battuta arrested and kept under close surveillance for several weeks. Sharing the same Sunni faith with the ruler provided no immunity. The Sultan was, despite all his public claims to the contrary, a sovereign first and a Muslim second.

Gender in Dar al-Islam
Ibn Battuta had been on hajj and had travelled through the vital centers of Islamic learning and civilization, such as Mecca and Medina. In other words, he was trained in Islam-of-the-Center, if we can call it that, rather than the Islam found on the margins of Dar al-Islam.

So imagine his surprise when he came to the beautiful tropical islands of the Maldives and found pious Muslim women, acting in ways that he found shocking as a Muslim:

The women of these islands do not cover their heads, nor does their queen and they comb their hair and gather it together in one direction. Most of them wear only a waist-wrapper, which covers them from their waist to the lowest part, but the remainder of their body remains uncovered. Thus they walk about in the bazaars and elsewhere. When I was appointed qazi there, I strove to put an end to this practice and commanded the women to wear clothes; but could not get it done. (From The Rihla of Ibn Battuta translation and commentary Oriental Institute, Baroda, India 1976).

To be perfectly honest, Battuta's 'shock' was perhaps more ahistorical then he would himself acknowledge as a scholar. The history of Islam, contrary to some current stereotypes, is teeming with stories of powerful women.

Wealthy women in the Ottoman Empire were known for their role in the urban economy as landowners. Women of the royal harim, such as Hurrem Sultan, shaped the politics of the court and Empire, even though it was her husband who earned from history the title of Suleiman "the Magnificent".

Similarly, the history of women from the urban poor and the peasantry contradict a picture of subservient and sequestered Muslim women. Historian of women and gender in the Arab world, Judith Tucker, has long drawn our attention to working women in the Islamic world:

In Ottoman Cairo, women monopolized the sale of milk and pancakes, worked as attendants in the public baths, and performed as musicians and dancers at both male and female parties. Lower-class women also provided services to the upper-class women of the harims...as entertainers, peddlers, cosmologists, midwives, they linked the hairm to the commerce, know-how, and gossip of the urban thoroughfare. The well-documented presence of these poorer women in the Islamic court, where they often presented their own grievances against husbands, neighbors, and business partners, testifies to their presence in public space as well as their knowledge of...the public institution of the court. (Tucker 1993, "Gender and Islamic History").

Islam, alive in the European Orientalist imagination, as a culture of belly dancers and lascivious Sultans, was in reality, not quite a story of "men who rule and women who submit."

So let us go back to the note of despair in Battuta as he is unable to get the Muslim women of the island to submit to his Islamic 'command.'

On the one hand Battuta's exasperation speaks of one kind of Islam --that of texts. An Islam that trained many theologians, scholars and jurists through centuries in madrasas and maqtabs. This was the Islam that Battuta studied and that acted as his abstract prototype.

But Islam did not stay confined to the Madrasa or the royal court. It travelled on dhows across the Indian Ocean, was carried on camel back across the Sahara and through both poetry and the sword across Asia.

Thus besides a Textual Islam, we can also talk about a Lived Islam where scholar and saint, ruler and ruled, merchant and artisan embedded Islam into their own specific historic context and the result was often an enmeshed cultural tapestry where Sharia law was changed to suit imperial needs (as in the case of the Ottomans), or previously existing gender norms were allowed to happily coexist (as in the case of the Maldives).

For a religious tradition such as Islam with its peripatetic scholars, adventurous merchants, and expansionist military generals, it was always the relationship between the two Islams --the Textual and the Lived--that determined the shape of a particular region's history.

And so while ISIS can quote the hadith as it executes other Muslims, and Trump can inveigh against the "Muslims," we need to continue to look to the multiethnic neighborhoods of Istanbul, Paris and Beirut as lived histories of our times of mutual human coexistence. And it is such lived experiences of multifaith communities that need to be both defended and extended.