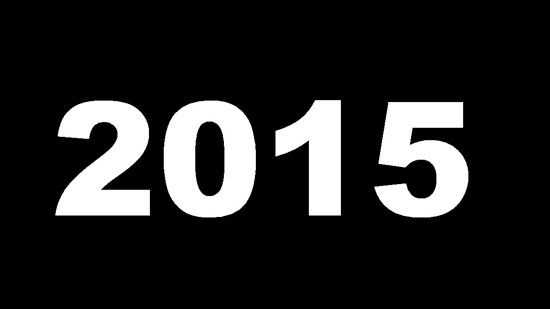 In an early start to the prediction season I recently took part in a panel on #Trends2015, hosted by the Canadian Technology Accelerator and featuring a range of perspectives from the startups, enterprises, media and agencies. Here is a quick round up of some of my favorite trends to watch for next year.

Rise of the Sensors

You name it. Next year someone will put a sensor in it.

They have been slowly making their way into communications and services over the last two years - initially driven via Android but accelerated by Apple adding it's iBeacons to the game. We are starting to see an infrastructure rollout that will drive broader awareness and use via mobile.

These beacons act as triggers that allow for smarter interaction with an environment - for instance, if I walk into a store a beacon will know who I am and what department I'm in, sending me a notification for an in store promotion based on my past shopping history. There are multiple major sports stadiums across the US currently installing networks of beacons so we can expect some cool executions, expect to see beacons used a lot in interactive OOH and sensors attached to athletes for live sports analytics.

The Evolution of Mobile & Social Payments

Mobile and social payments will finally be able to shine in 2015, a trend delayed significantly due to Apple's resistance to add NFC to iPhones. The release of Apple Pay brings a fresh battle between mobile/online payments. Google and Apple are obvious leaders, both with different elements of advantage but Apple's dominance of the high end smartphone market in the US should give it a slight advantage.

Social payments are something significant not only for small business and artists. Twitter is running a payment pilot with a range of musicians and content providers, allowing them to sell access to a video or track with just a click - a model that feels perfect for the platform and may be the future of direct content sales. Just like trending hashtags and @mentions it will likely be followed by Facebook, who is about to rollout payments via FB Messenger in a strategy to build it's financial data strategy.

Sure, everyone has had activity trackers for years - but with open platforms bringing all that data together and consumers starting to share it with their doctors - get ready for an explosion in this space. This data will be leveraged to consistently add real value in our lives.

Smart watches will start to appear on wrists throughout the year, brands and apps will rush to shrink their content into what is being known as 'glanceables' - small snackable content formats that can be viewed on a watch or a Google Now card.

My favorite quote on the Apple Watch is from Aza Raskin, Head of Innovation at Jawbone: "In a decade, only the affluent will be able to afford to be disconnected. The iWatch et al will start sexy and end as a shackle." Look for the unplug movement to clash with the emergence of smartwatches.

Next year it's time to up your selfie game - 2015 is when the selfie really gets tech. Hyperlapse, Drone shots, and connected devices that can trigger the camera on your phone are becoming mainstream and offer whole range of new perspectives for us to present ourselves to the world. Can Google Glass stay in the game without a selfie strategy?

I have to give 'Native' the award for the most overused buzzword of this year. Look for many new Native ad formats to emerge as it continues its charge in 2015, but who will it go too far? Some people will start to call brands out on it as the lines between editorial content and advertising become too blurred.

This year we have seen quality TV shows funded entirely by brands, my bet is that in 2015 we'll see a brand fully fund a scripted feature film. There is already loads of product placement but I'm talking the primary production backer. Fueled by the ability to debut straight to streaming distribution and inspired by Netflix's plans to debut their own movies directly on their platform, I can see some brands making a smart impact within film.